Well, we’re taught, from an early age, that it’s our ‘right as free human beings’ to ‘live long and prosper’ and to ‘go forth and multiply’ to ‘earn our own salt’ and have our world ‘the way we want it’, cherries on top, three squirts of cappuccino foam and loads of horsepower under the hood. 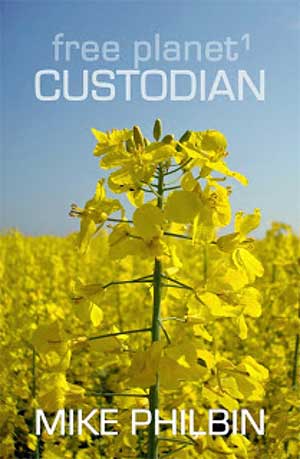 THE GAME PLAYERS OF THE CORPORATE WORLD still need to fill their pockets with profit, at your expense, that’s the bottom line. Think too hard about that and you end up in a strange limbo mind set where you’re watching the television news and nothing makes sense. You’re just screaming at the TV going, “You’re all professionally lying for your advertisers and sponsors. You’re saying exactly what they pay you to say.”

Let’s face it, this world, this modern city-based industrial/consumerist virus of ours upon this Earth, is slowly becoming One Global Empire. And it’s an empire of slave wages, but it’s also an empire based on the spoils of war. This planet we live on, is both a (cynically propagandised) Free Planet and a (constitutionally denied) War World.

But why is this knowledge DANGEROUS?

Well, it’s dangerous because it’s not the truth. Or, at the very least, it’s not the ‘real truth’ as those playing both sides of the game know it. It’s dangerous for you, dear reader, because (at some point) you’re going to want to ‘take action’ against your Global Landlord or your Omnipotent Despot or Your Slavery. But you can’t. Because it’s all a game. And no one wins. All revolutionistas just all come back to PLAY THE SAME GAME TOMORROW.

The concept is called ‘change the game’ and it’s dealt with in intimate detail in two novels from author/artist Mike Philbin called, Custodian and Tandem. And he’s done it before. Released two books in the same year. 2008 saw the dual release of Bukkakeworld and Planet of the Owls from Silverthought press. 2011 saw the dual release of Yoroppa and View from a Stolen Window from sci-fi-cafe press. 2013, though this was never planned, is looking like it’s heading towards a similar situation, with the near-dual release of Custodian and Tandem from Chimericana Books.

Custodian (free planet #1) released in July 2013,
took five years to complete, tells the story of a group of Oxford University students called the Custodian Liberation who combine computer hacking and gene hacking to release mankind from its corporate nda or non-disclosure agreement. It’s also a book about YOU, the reader, and ‘your role’ in this forthcoming Game Change that the NLS or Natural Lottery Show is cunningly inserting into your dna or deoxyribonucleic acid while you watch it, re-writing a re-wilding re-leasing agenda into the Human Matrix, while you think you’re being entertained.