There was once a great sovereign of the ancient kingdom of Florence.

One day, he called upon the great artist of his time. “Design me an invention,” asked this noblest of men of the other, “which is a statue in the shape of an enormous beast. Have its belly act as a prison, where it can torture a person and burn its victim to death. 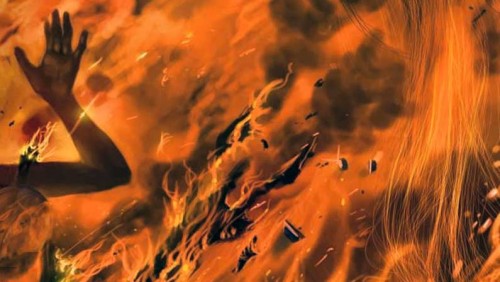 Make it inescapable,” demanded the then famed monarch. He promised the artist infinite riches for his efforts in this endeavor.

There came a day, where the inventor had completed his task, and he secured a meeting with the sovereign of Florence. The statue was brought forward. The artist then thoroughly explained his creation to the King and the members of the court.

The Sovereign then offered infinite riches as a reward but stopped, abruptly. After a moment of thought, the monarch demanded evidence that the contraption lived up to its specifications. It did not take long for the artist to be seized by the guards and imprisoned within the belly of the beast. Soon a fire was lit in the underbelly of the statue. The cries from the statue emanated like a great roar. Thus, the artist paid the price for his creation.

This tale was gleaned from reading the Divine Comedy, Dante Alighieri’s 14th-century epic work.
But I could be wrong. My memory does deceive me, sometimes.

The Story of Legend

Maya Kavita Jan 14, 2015 3
Who Tells You What To Read? There's been a lot of action in the blogosphere lately about Oprah's choice of…
Book Review