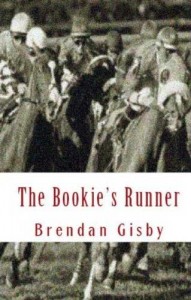 ~ Chapter One ~
A Big Emptiness
The bus is climbing up Kirkliston Road now on its way out of the town.  It has just gone past the end of our street.  In a moment, it will pass the entrance to the cemetery, where Dad is buried alongside little Patricia and old Dan.  In about an hour’s time, it will pull up in front of St Mary’s Academy in Bathgate.  And so will begin the first day of a new school year and my first day in the Fourth Year.

I’m glad that I managed to get a seat on my own at the back of the bus.  I can sit here quietly, staring out of the window, watching the fields roll by, the greyness of the sky above them matching how I feel this morning.

I’m also relieved that no one spoke to me at the bus stop.  Just one word from any of them or the flicker of a smile or catching their eyes for only a second would have been enough to break my resolve and have me bursting into tears like a sissy.  But they all knew that it was best to stay away from me, thank God.

It won’t be the same when I get to St Mary’s.  None of my pals will know that my Dad died during the school holidays.  I won’t be telling them either.  I’m just going to have to smile and laugh and joke along with them and get through this awful day without breaking down.

Right now, I’m on the verge of crying.  There’s a lump in my throat and a knot in my stomach.  There’s a terrible feeling of dread hanging over me; it’s like a big emptiness.  I miss my Dad so much.  It feels like this is the worst and loneliest day of my life.

Memories of Dad, glimpses of him, are crowding into my thoughts.  Some are good memories, but most are sad.  They’re not in any particular order either; some are from years ago, while others are much more recent.  And they’re all jostling for a place.

He’s almost skipping along the street in the next one.  There’s a thick, woolen scarf wrapped around his mouth.  That was the time when my sister, Mary, ‘found’ the money that he needed for the dentist.

I have to stop this.  There are tears misting my eyes.  I can hardly see out of the window now.  That’s the War memorial in Kirkliston out there, I think; it looks like a grey blur.  I need to concentrate.  I need to control the anger and bitterness that are welling up inside of me, or they’ll overwhelm me and I won’t last this journey.

If I can use the time that’s left here in the quiet of the bus to put the jumble of memories into some sort of order, perhaps I’ll be able to figure out who my Dad was, where he came from and what he did in life.  And perhaps then I’ll be able to understand why he had to suffer and why he died as he did.