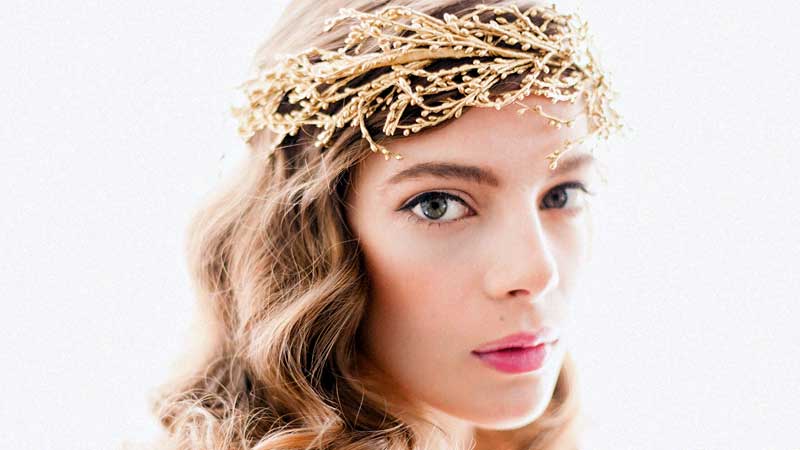 When Linda Purcell got married, present guests raised their glasses, raised their voices and cheers came from all directions except the ceiling. Intimately, she hoped that the voice would come from above to whisper something in her ear.

It could have easily been the case that she had already heard this voice, regardless of discarding and burying it a few months ago deep down in the earth, several meters under her feet, but she still believed that it could come a second time around. But it never comes—a second time.

She wore a white dress. A lace dress that her future mother-in-law picked and bought for her. That happened three weeks prior to her wedding; it was still at the time she used to hear the voice in her ear. It was faint but still present.

She wore ivory sandals with a discrete golden buckle. The heels were high, so high that it made her see the top of the head of her future husband. She saw the bald patch which his hairdresser tried to cover up by combing some hair over the patch, but somehow she managed to see it on the day of her wedding and seeing it almost provoked the voice in her ear to be louder than the organ filling the church with excitement and anticipation.

She wore a golden tiara on top of her head. Her hair hung loose; dark, yet it had a golden glow reflecting the shine of the tiara down to her waist. Three days before her wedding her future husband knocked on her door and opened a very expensive box.

There was that golden tiara and Linda’s jaw dropped, she was lost for words but he just simply smiled. His big dark eyes glowed. There was not even the slightest hint of mystery in Carmine’s eyes, just a pleasant glow.

On the day of Linda Purcell’s wedding a distracted or weary-looking woman came closer and said:
“Say—‘No! and run away’!”

Preceded by the woman, another chubby woman came holding a crucifix in her left hand. She brought the crucifix to Linda’s forehead and said:
“May God help you, child!”

As if they were apparitions they disappeared and were never seen again.
Linda thought it could have been the stuffiness that filled the church, the incense or a light fever she experienced the whole day that formed visible beings which never belonged to this world.

He returned from his native country in 1985. A year after Linda Purcell was born. There was nothing in her childhood that would differentiate her from the others. She wasn’t the brightest child, just an average young girl to whom the simple things had to be explained twice. Her mother used to say if she inherited Auntie Leah’s looks, life would be a little bit more generous to her.

At least, she would marry a wealthy man, if her temperament never matched her father’s. She was a quiet and obedient girl until she hit fifteen. At that time she had enough of her mother’s remarks, of her father’s anger and of her unambitious friends.

She hadn’t had much of an ambition herself but she knew one thing – If one wanted to succeed in anything one had to go to New York. I might correct myself and say, she didn’t really know it, she rather heard it phrased in third-rate movies that she watched on lazy Sunday afternoons and engrained several sentences into her brain.

On the day of her wedding, Linda Purcell had a feeling that she had lived this moment before. That sudden moment of fatigue, she read somewhere, or rather overheard; some psychologist said that fatigue formed in the pit of the stomach when one has such a premonition.

Standing on her high heels Linda felt as if she was going to fall onto the church floor and then break down into thousand pieces as if she was made of glass, which would scatter all over the church, and some might run into the darkest corners of the church to gather dust and the dark secrets that the church had concealed for centuries.

Carmine tightened his grip, he looked at her; he winked. Linda smiled. There were more awkward moments apart from those brought by the two unknown women who talked to Linda on that day which were going to occur.

When she walked down the aisle, the loud music of the organ carried her to the bench where she left her flowers on the night she met Carmine for the first time. She carried the flowers in a basket on that day offering them to the passers-by; no one bought anything, her feet inflamed, all she got that evening were a few compliments and some, almost vulgar, comments.

She felt like crying that evening. Then a car stopped and the headlight revealed the face of a man standing next to her. He said:
“Give me those flowers.”
“Just a bunch?”
“Give me, give me all of it.”
“All of it?” she asked in disbelief.

He took the flowers and left, believe it or not, two notes of a hundred dollars. Linda never saw two bills of hundred dollars together.
She got almost drunk that evening. She could buy whatever she wanted.

After that accidental encounter, Linda’s life took a rather speedy transformation of her dreams.

Two days later the same car stopped and the same man came out of the car. He asked Linda what was her name. Full of anticipation she asked if he wanted to buy flowers. He said, ‘Yes’, gave her, this time, three bills of hundred dollars and left without taking the flowers.

She waited only several hours to see the car again, and the man who walked out wasn’t the same man. He said:
“Carmine wants to invite you for dinner.”
Without any further explanation, he held her by the upper arm and walked bewildered Linda into a limousine.

She felt an almost physical sense of humiliation as she sat there without a word.

Even though Linda Purcell wasn’t the brightest child she could always rely on her intuition which led her to often non-regrettable decisions. She could hear that voice that led her in the direction she wanted to be led. After a while, she only relied on the voice and never questioned it.
When she came to New York the voice got weaker, but it still was present when she needed it the most.

New York was a noisy place where she felt quite comfortable only when tipsy. When tipsy she could do anything: several times she stole some unimportant items, for she never had the guts to steal something that might land her in jail. She stole cosmetics, fine hosiery on a few occasions, chocolate bars regularly and on another occasion, she stole a book that she never managed to read.

When he said his name was Carmine, Linda repeated, “Carmine?”
“Yeah, an Italian name.”
“Italian?”
“Yes, I was born in Italy, but grew up in New York.”
“You were born in Italy?”
“Why? What is so strange? People pop out in any place in the world. It just so happened that I popped out in some Italian village. Actually, it isn’t a village, it is a small town, but there is exactly the same number of people there as in this street tonight.”

When Linda met Carmine’s mother, she said:
“Ma perché una Americana?”
Linda smiled not knowing what to say. Carmine said:
“Ma, you got to accept it if you wanna see me. I love you Ma, but this is the right girl for me.”

Carmine never even proposed properly. He just kept on buying presents.
Expensive, luxurious presents. Everything: jewels, clothes, even a car.

That was a life Linda’s mother was hoping she might have when she said ‘if she were lucky to fetch a wealthy man due to her resemblance to Aunty Leah’.

He didn’t even ask her if she wanted to move in. He paid the last rent and that was the last time Linda saw her belongings which were later taken by the owner or given to the poor. There was everything that she might need in the house waiting for her.
Was that a dream? Linda wondered often.

There were several more events that I perhaps should record but at the time of such happenings Linda had chosen not to see or hear any fragments of such stories.

On the day of her wedding, Linda Purcell heard Carmine’s surname for the first time. That was going to be her surname too.
It was a surname too difficult to pronounce for a simple American woman: Tartaglia.
Carmine Tartaglia.

It didn’t sound familiar at all. Not to Linda Purcell. She was going to be Linda Tartaglia. She struggled to pronounce it, Tartaglia, in her head when the priest voiced it in this sentence:
“We are gathered here today in the face of this company, to join together Carmine Giancarlo Tartaglia and Linda Margaret Purcell …”
It was a hazy moment.

When the priest asked:
“Linda Margaret Purcell, do you take Carmine Giancarlo Tartaglia to be your lawful husband to live in the holy estate of matrimony? Will you love, honour, comfort and cherish him from this day forward forsaking all others, keeping on to him for as long as you both shall live?”

After that Linda Tartaglia couldn’t hear the rumours anymore; on the day of her wedding, after they said, ‘I do’, everyone spoke Italian.

She was luckier than Auntie Leah.
She just turned eighteen and she had it all.