My newest spy thriller story about death, destruction and regret. (Of course this story is labeled as fiction. No one would ever believe it was true!)

At the end of a great world war in a dilapidated three room house, a little boy peered through the ice covered glass of his bedroom window and counted the boxcars of a passing train. It was, at least to him, a splendid view.

The street was narrow, two lanes at best, with unkempt houses, shoe factories and stores on his side and a sloping grade leading down to two sets of rails on the other. Then there was the river, mostly frozen, and a snow covered bank rising up to winter’s naked trees in the distance. It was a world of wonder he was only beginning to understand. After all, he was only three years of age. 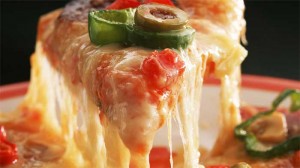 Several times each day a train would pass over those rails, some pulling long black tank cars, some with flatcars of pine logs but most were pulling painted wooden boxcars or sooty black gondolas filled to the brim with large chunks of coal. With the help of his older sister, he would count the cars as they passed by that icy bedroom window.

One, two, three…. She helped him learn. Ten, eleven, twelve… more numbers every day and within a month, they counted all the way up to one hundred. They counted boxcars, flatcars and tanks but the gondolas… oh the gondolas loaded with coal, there was no counting of those cars. For when they passed, it was time to play.

As the heavy train slowed to enter the nearby rail yard, chunks of the black carbon would vibrate over the edge and fall to the ground. Perhaps it was the shuddering brakes or slack in the couplings or a guardian angel providing fuel for heat and cooking in the subzero weather of the region. But no matter, it was time for coats and gloves, time to run across the street down the bank and gather the valuable treasure to burn in the old cast iron stove in their kitchen. The black rocks were treated like gold for it meant there would be hot meals and warm beds this night.

The experience of surviving such hard times would serve him well during the dangerous decades ahead.

“Three days and nothing,” grumbled Ralph as he stood up, stretched and walked around the dimly lit hotel room. “This is a waste of time!” After checking the connections from the cameras to the computers for the hundredth time, he carefully peered out between the slats of the window blinds, let out a sigh and said, “Damn it’s hot. I can’t wait to get out of this flea trap!”

His partner looked up from her computer with a disgusted expression. “Oh knock off the complaining. We’re here until we get some good photos so just put your chubby ass back in the chair and keep watching those monitors!”

“Ha! Easy for you to say Glenda! You get to actually move around, go someplace else. I have to stay here like a statue and watch!” He stretched again, only this time, the sound of his deep yawn filled the room. “It’s almost one-thirty. I’m going to order a pizza. You want something?”

“Pizza huh?” mumbled Glenda. “Maybe one piece…, with pepperoni on it, or can I have a piece of yours?”

“Get your own!” Ralph blustered. “I’m getting one with mushrooms and olives and no pepperoni!” He pulled out his phone and stared at her for a second before asking, “Well…, what do you want, small?”

Glenda leaned back in her chair and rolled her eyes. “Yeah…” she said sarcastically “…small. I like small spicy hot things. Make it a small pepperoni and a diet cola.”

She listened to him place the order and then went back to typing her report. The next twenty minutes of complete silence was finally broken by a knock on the door. Ralph looked through the peephole and spun around. “Hey Glenda,” he said in a loud whisper, “gimme and extra ten spot. Pizza’s here and the delivery girl is hot! I wanna give her a good tip.”

“You pig,” said Glenda as she rummaged through her purse. “All you think about is food and sex.”

Another knock sounded and Ralph started fumbling with one hand on the doorknob and the other reaching out toward Glenda whispering, “Come on, money, money, hurry!”

“Oh I’ve gotta see this little chickie,” she said while holding back the money. “Go ahead, open the door.”

Ralph turned the knob and swung the door open to reveal a rather tall slim voluptuous girl with long dark hair holding a pizza hot box with an invoice on top. When Ralph turned slightly toward Glenda to get the extra cash, the delivery girl dropped the hot box and fired one bullet each into Ralph’s and Glenda’s forehead. The shots made only a slight click and puffing sound and she quickly jumped in grabbing them to lessen the sound of their bodies hitting the floor.

After quickly closing the door, she dragged Ralph and Glenda to their chairs, placed them in a seated position and turned her attention to the cameras. Memory cards were removed, DVD’s were scooped up and her attention focused on the computers. They were still logged in and she saw that any pictures they may have captured were being sent offsite.

Okay she thought. I’ll use their own computers to hack their system.

With a change of user name and password and a check of their log in history, she had full access to all their files. The job was nearly done. Their wallets went into a manila envelope, the laptop computers went into the pizza hot box and then, curiously, she placed a small black box in each of their laps. It was a rather elegant jewelry type of box one would think contained an expensive watch or bracelet, definitely out of place in the seedy room. Tapping her finger in the air as if counting, she looked around and quietly slipped out the door and down the staircase stopping on the first landing to put the brightly colored hot box into a department store shopping bag. The colorful pizza shirt was next, replaced by a medium grey sweater making her look like any one of the thousands of busy shoppers on the street.

Squeak, bang, sounded the mailbox door when she deposited the manila envelope. But no one noticed. After all, it was the city where people don’t even look at each other as they scurry to their destinations. She had once again moved quickly, efficiently, lethally disappearing like a tree hiding in a forest.

The train was first, then a bus and an hour later she was at a shipping store handing the clerk a note and a large taped labeled box. When he read the wrinkled paper, –– My throat hurts really bad and I can’t talk. How much to send this box by three day?–– he stepped back fearing he might contract some horribly contagious disease.

“Um…, let me see…,” he answered while gingerly putting the box on a scale. “That’ll be eighty-five dollars and ten cents.”

She nodded and gave him the exact amount which he left on the counter as he printed her receipt and placed the box in the pick-up bin. She nodded again, mouthed a silent Thank you and headed out the door, smiling, wondering how long it would be before the nervous clerk washed his hands, the money and then his hands again.