One minute Nick was ahead of the Porsche—amazing, considering his car wasn’t anywhere near as fast—and the next, the jogger crossed in front of him.

They’d dragged from the light and were coming off the curve by the park when the jogger trotted out onto the road.  Three in the morning—and there’s a jogger crossing the street!  Nick hit the brakes and the car slewed sideways. 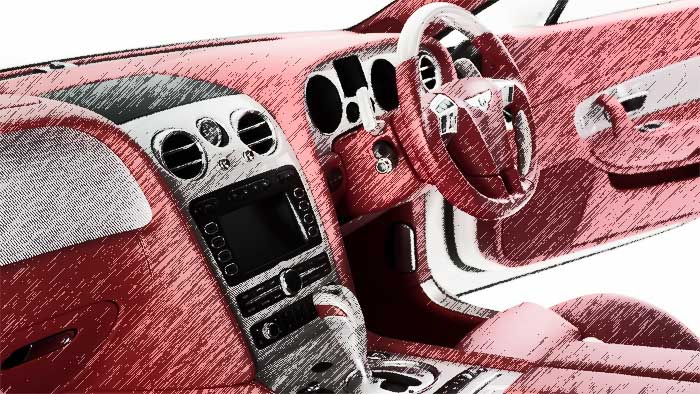 Everything turned to slow motion—the contents of the car floating by—the balled-up Arby’s Roast Beef wrapper, the sunglasses he’d left on his dash, the jacket from the back seat.

Then the car jounced against the curb.

Second thing he realized, he was unhurt.  Maybe banged up a little. But unhurt. He wriggled his toes, moved his arms.  The seatbelt had saved him.

It was silent, except for the sound of hot metal ticking.  His car was in the right lane but turned backward—he’d done a complete one-eighty.

He put a hand up to touch his face and smelled the alcohol on his own breath.

Had to get out of here.

Because the airbag didn’t deploy, he could drive away.  There would be no drunk driving charge, if he could get this thing straightened up and go, soon.

But what about the other driver?  What about the jogger?  Bemused—it must be the shock—he looked around.  The Porsche was gone. The jogger was gone.

He got out, shakily, dread building. Looked under the car—no jogger.

Almost cried with relief.  He looked around.  The street was empty.

Just the six-lane road, the park on the right, the sodium arc lights staining everything orange.

Get the hell out of here. He forced himself to move.  Got back in and K-turned the car around, worried that at any minute a speeding car would come around the curve and ram right into him.  But his luck held. He straightened out, took the back streets home.  Driving like a little old lady.

Back inside his condo, he sat on his couch and stared out the window at the darkness.  Sat there for a good long while.  Thinking: how lucky can you get?

First, you avoid being killed in the Aspen House.  Then, miraculously, you are able to drive away from an accident which could have 1) killed you, 2) killed someone else, 3) put you in jail for life. Just drive on home, like nothing ever happened.

That was the bottom line. He’d been spared. And for what?  His new thriller was dead in the water.  He had to have a follow-up. He had a three-book deal and this was the third book.

But he couldn’t get past Chapter Four.

So he’d cheated death, but for what?  He wasn’t going anywhere. His life stunk. There was nothing to look forward to.  He had no girlfriend, no siblings, didn’t want to see his parents who were, thank God, two thousand miles away.  No hobbies, no interests, nothing he could hold on to or feel good about.

And then it came to him.  Why hadn’t he thought of it before?

To Kindle, or Not to Kindle, That is the Question