Next Time Lucky: How to Find Mr. Right

Why couldn’t we all become Űber-Frauen (Superwomen), I thought, look model perfect while juggling toddlers, a job and running a household, all the while fulfilling a man’s every wish till we drop dead?

Men clearly get the better deal in my view.  Even though if you ask them they think shaving every day is tough.  They should try being a mother, career woman, and sex partner, all at the same time. 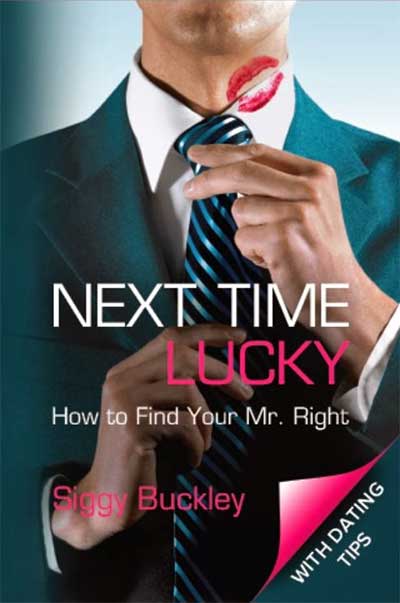 I couldn’t help but agree with my former client Enda that the older you get as a woman, the more grateful you are for still being desired by someone.  This is inevitable in a culture that grooms one gender to be valued mostly for their physical beauty and attractive personality, while raising the other to value power, life skills, decision making and action.  I saw no outcry from members of my own sex.  Instead, women’s magazines perpetuated the idea that a girl just has to wear the right makeup and have a flair for that sexy but age-appropriate fashion that will be best for finding a new mate, whoever he may be.

I often wondered whether outraged female opposition could set this ruinous system right.  Are women like me suffering from a midlife crisis? I always believed this was the privilege if not a necessity for men and that women just forged ahead, however ambivalently they might feel, right over the hill.

Guy – A Bolt from the Blue
After the experience of the prior night, I couldn’t help but marvel about life’s mysterious ways.  My unexpected encounter with an exceptionally nice and funny Englishman let me see the world through new rose-colored glasses.  Maybe there was hope after all, even for us recycled romance seekers.  Having lived a sheltered, unexciting married life (and an equally dull sexual one thereafter!) I had the privilege, at long last, of experiencing spice in the sexual department.

My goodness, what a difference a day makes – not even 24 hours! After almost thirty years of coupling, it took a total stranger to introduce me to new pleasures and excitement.  Physically exhausted, I was still glowing with memories and the liquid sensation of a newly found fire and arousal.  Change was in the air, or maybe it was just Mercury in retrograde? No, it was Guy….

I had to stop somewhere soon.  I knew where to go: the Italian ice-cream parlor I knew in town.  Guy waited in the car.  I came back with an oversized cone of different flavors of my taste and offered to share it with him.  Licking around it from both sides, our tongues met; when we finished the cone, we continued kissing.  I then wiped both our mouths with the back of my hand.  Not even the funny little goatee he was sporting could keep me from kissing him….

“There are some days in your life that stick out from the rest,” he said.  “This will be one of them for me.” Unfortunately, he was to leave for London early in the morning.  “What a shame we didn’t meet earlier, like on Thursday when we both arrived,” he continued with a sigh.

Pat Bertram Oct 19, 2012 0
The Goal for Your Book What is your goal for your book? What do you want readers to take with them? I would…
Writing