Parenthetically, before we start this story, there’s someone you should be introduced to first. Meet Mr. J, a mouth-breathing-barbaric-lousy-writer so self-involved that he failed Astronomy 101 because he literally thought the world revolved around him. 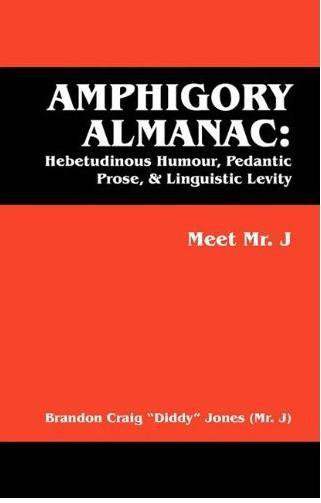 Mr. J is in the midst of writing a new book or as he called it “an Amish blog”. Chances are it will be a total flop and have more unread pages than a crack dealer’s beeper while on sabbatical.

Mr.J was a black robe and sickle away from being language’s Grim-Reaper. Mr.J was to language what hemlock was to Socrates, what Pontius Pilate was to Christ, what Harvey Lee Oswald was to JFK, and what Rush Limbaugh was to the credibility of Rush Limbaugh.

Understanding Mr.J’s style of writing was like solving the Rubik’s Cube…color blind. For the next chapter of his book, I mean his Amish Blog, he’s constructing a top ten list of hebetudinous however helpful hints to delineate if you are demonically destroying decent discourse. As if you were an allegorical Aerosol Spray Can eliciting global warming on the Proverbial Planet Pretentious Pedantic Pomposity as it orbits in the Semantically Snobbish Solar System:

Incidentally, this particular story is not about Mr. J. No it’s about the murder of his closest friend who of course in Mr.J’s case was a stranger. His name was M.T. Jester, a fuzzy fellow that looks like the love child of Chewbacca and Sasquatch.

Hair dragging behind his feet like a Bride’s dress that makes follicles of Repunzle on Rogaine seems as if it’s the smooth skull of Lex Luther after leaving the barbershop. This Cousin It carbon copy, known as M.T., is a professional unicyclist who could only do one trick: a wheelie. He was sponsored by Neosporin.

Now that we’ve met everyone; Let’s rewind one week, to last Tuesday, where this story begins, okay? Alright, so…it’s last Tuesday, and it’s a crisp calm night, as the velvet twilight glistens and gleams from sparkling silver pepper stars sprinkled across the powdery air of the black tarp hovering overhead restlessly. And M.T. is busy in his looking for his new titanium shovel so he could clear a space in his yard for a glow-n-dark sundial.

Suddenly a stealthy silhouette wavers through the shadows. Sneakingly the silhouette emerges clutching the missing titanium shovel in his nervous hands that are quivering like Michael J. Fox during a game of Jenga.

The mysterious figure strikes M.T.’s cranium, cracking completely open as if it’s a Piñata full of dark rose-colored blood. Exactly one week later on the subsequent Tuesday-a week after the attack and M.T. lies on his death bed, pale as a winter moon. He’s forcing an awkward smile before sinking into the unknown abyss of the afterlife. Nostalgically he reflects on past events in life such as his freshman year in college when he tried speed dating. Not on purpose, he was just dumped a lot.

As death lurks nearby it seems almost as if a heightened sense of M.T.’s sparse source of mortality is plunging over the ragged edge of the universe that was once crimson lit full of youth giving air. More reminiscence consumed him with memories of when he was 18 and lost his virginity followed by memories of being 19 and realizing he didn’t lose it but simply misplaced it between his low self-esteem and social awkwardness.

Eventually, everything surrounding M.T. becomes sinisterly desolate dreary and dark. His universe was becoming cold lifeless and absent of all short winded elations.

Eyes closed so tight as he grasped at insignificant concepts for comfort. Turning over in his mind how he displayed such amorous feelings towards light savings time because he loved jet lag without packing. And who else other than the fetid sump-sucking, Mr.J would be the last person privy to M.T. Jester’s final uttered syllables.

Most of what he said to Mr.J made as much sense as a mime performing ventriloquism or a dyslexic playing boggle or buying a coffin with a lifetime warranty. Mr.J, yawning feigns interest with a camouflage of affectation as his neighbor rambles, rants relentlessly. Musing amphigories such as “Cannibals truly are what they eat.” And things like, “The early bird gets the worm so if you’re a worm, I’d sleep in.”

Or even, “If the alphabet was one long word, it would be easy to spell but hard to pronounce.” M.T.’s fluttering lips. The banality of banter flourishes nonsense like a Blue Angel soaring through the social-stratosphere. Caroming off intergalactic solar plexuses of vastly vacant-headed vernacular that’s so boring even his tape recorder was now just pretending to listen. It was a cheap Sony Handheld Recorder: batteries and attention span not included.

Suddenly, M.T. stifles, truncating his jostling jabbering jowls, and becomes quieter than a librarian with laryngitis for several moments. This of course abruptly elicits Mr.J to regain intrigue. By this point, Mr.J had begun playing on his laptop which was full of Trojans, viruses, and never worked.

Essentially his laptop was Lyndsay Lohan. Mr.J’s eyes glance around the room and involuntarily fasten in awe with M.T. who returns a blank ambiguous stare. M.T. conveyed a familiar conviction as if he was a magic 8 ball during an earthquake: Answers would be easier to understand if someone asked a question first.

Silence consumes the entire room and shattered as M.T lightly interposes and whispers in a husky tenor with great trepidation and Mr. J leans forward with eagerness. Moving wistfully before he hesitantly unveils his only veridical secret. An ancient mystery so old it makes Alexander Graham Bell’s prototypes look like the new iPhone. M.T. fragilely murmurs. “I have a confession. You never knew this. But, I’ve been secretly having an affair with your girlfriend.”

Wicked words from a wicked tongue poison the ear and resonate to the deepest crevice of his stitched skull. Mr.J pauses, motionless, reticent, reserved, and statuesque. The air is rich with tension and dramatic turbulence that builds at a steadfast and unwavering pace and is released as Mr.J smirks and replies contemptuously. “I have a confession too. I already knew about the affair. And, that’s why last Tuesday night, I borrowed your shovel.”

Young and Full of Hope

Dreamshield May 26, 2010 1
Travel with your Dream Body Learn to dream consciously Conscious dreaming gives you a great feeling. If you dream…
Writing