Here I was again putting myself up for grabs. It had been a little over two years since I had a serious relationship.

Until now, I just kind of flip-flop around the dating scene. In other words, the closet I came to dating was a mall encounter with a nice looking guy my cousin noticed looking at me. 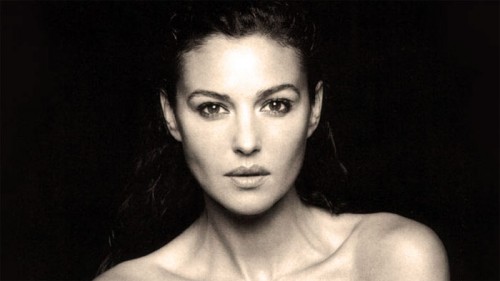 I smiled and he immediately thought it was his cue to come over. “Hey miss lady,” he said. I replied in an instant “Hi, I just came to the mall to get shoes!” He looked at me strangely and replied, “OK, then you have a nice day.” So as you can see I really didn’t have my heart into dating

After all, those lonely Saturday nights and meals made for my children and me; I knew it was time to put up the fish sticks and go out. I never was one to do the clubs so where would I start first. Chat lines and computer dating services weren’t my thing either, hell.

I was doomed to supermarket encounters. Or maybe the casual brush by on a downtown street encounter. Whatever the encounter may be, I was sure that it would be interesting.

I was never the glamor girl. Most people said I had a sort of natural beauty, kind of an innocent demeanor. And if I was going to do the makeup thing, I had to be sure that I knew what to do with it. That’s where my cousin Spirit came in handy. Oh and yes I said Spirit. You do not want to know where she got that nickname from, too many details…

Spirit was your modern-day diva and she knew all about what was in and what wasn’t. I wasn’t mad at her though, she did a lot to make herself the diva she was. I just didn’t have the patience or fashion know how to make it happen. Sure I tried reading the latest fashion magazines, but soon it became a task for me to keep up with. So it was up to my dear and loving cousin the diva to help me become the diva I needed to be.

“I can see I have my work cut out for me Love,” said Spirit. It’s amazing how she does that, you know, not to compliment someone with such ease. With a little of this and too much of that, and let’s not forget the dreadful waxing, I was ready for whatever. My cousin Sprite packed up and took a step back to see what she had created. “I have created a goddess, it’s no wonder I do not work for the stars,” said Sprite. I too was impressed with such talent; she turned an average into a diva. Hey, when I say I was hot I was hot!

Oh, I was ready for whatever came my way, but I still had to build up the charisma I needed to pull in the perfect man. Finding a perfect man alone was a problem, but having the know-how

was a chore. No harm to men, but their modern-day track record leads me to conclude this. Just think about it, most men are after what they can get in the bedroom or out of your pocket, or they are in a relationship and living a double life. If they aren’t living those lives, they are career criminals, down low, or just right out gay. There is a small number of men who I would call date material, and sometimes you get some of the others mixed in. We women don’t mean to do this, we just don’t always know at first. Men come with that new car smell; it looks good, smells good and has a smooth ride at

first. Then comes the breakdowns, that good smell goes away, and the smooth ride turns into spins and bumps.

“Why was I doing this you ask?” Well during my two-year break I observed other people’s situation. In most situations, there was no success, but there were a few couples who actually gave me hope. I honestly believed that there was someone special out there for me thinking the same thing. So Mr. Right, watch out I’m coming for you!