Chapter 2
“Okay, Paddy,” Frank said as the three friends huddled in Ernie’s apartment at Whispering Hills, “now that we’re away from prying ears, what’s the scoop on this drug thing?”

Patrick O’Brian looked sternly at his two companions. “I’ll tell you what I can without breaking the confessional seal, but you must promise two things.”

“Sure! Sure!” Frank replied impatiently. “Anything. Just get on with it.”

“First, what I tell you today must remain absolutely confidential. You can’t breathe a word to anyone. If someone discovered that I was sharing confessional information — well— it could stir up all kinds of problems.”

“That’s not a problem,” Ernie replied. “What else?”

“Don’t press me for more than I can give.” He looked directly at Frank. “You can be a bit pushy at times, my friend. If I tell you something is off limits, back off!” 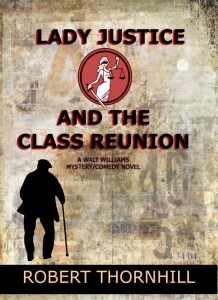 Frank raised his hands in a mock defensive posture. “I read you loud and clear, Padre. You’re the boss.”

“Good! Then here’s what I know. A young woman came to me and asked for a confessional and —.”

“So your stoolie was a dame?” Frank said, surprised.

“As I was saying, this young woman in my parish asked for a confessional. She was Hispanic and told me that she had been recruited by a man here in Kansas City named Hector Corazon to smuggle cocaine from Mexico to Kansas City.”

“She was to be given transportation to Matamoros, Mexico where she was to meet with Corazon’s supplier. Now comes the sad and disgusting part of the story.”

Paddy paused and tried to compose himself.

“The poor girl was to have an operation in Matamoros and fitted with breast implants filled with cocaine. They offered her a thousand dollars when she returned to Kansas City and the drugs were surgically removed.

“The promise of that much money was too much to resist, so she agreed, but as the time grew near for her departure, she began to have second thoughts. She came to me the day before she was to leave. She told me that she was not going through with her commitment and that she was going to flee the city. I urged her to go to the police but she feared for her family’s safety. No one has seen her since that day.”

“I’m not surprised,” Ernie said. “The poor girl knew too much. A man like Corazon couldn’t leave loose ends lying around.”

“So what now?” Frank asked.

Paddy thought for a minute. “It seems to me that we need to gather as much information as possible about this Corazon character and his drug operation. Then we’ll know where to start.”

Frank and Ernie both nodded in agreement.

“Good. Let’s hit the computers in the Whispering Hills Library. Ernie, see what you can find about drugs in the Kansas City area. Frank, check out the Matamoros connection. I’ll see what I can dig up on Hector Corazon. Let’s nail this guy — for that poor girl!”

The Deadliest Flu in History 4

Hank Quense Aug 9, 2013 6
Patience in Writing Writing fiction is an activity that demands an extraordinary amount of patience.  In fact,…
Publishing