CHAPTER 3
The old warehouse in the West Bottoms had once been a small manufacturing operation, but the previous owners had long since closed the doors and moved to a country where wages were cheap and labor unions were non-existent. 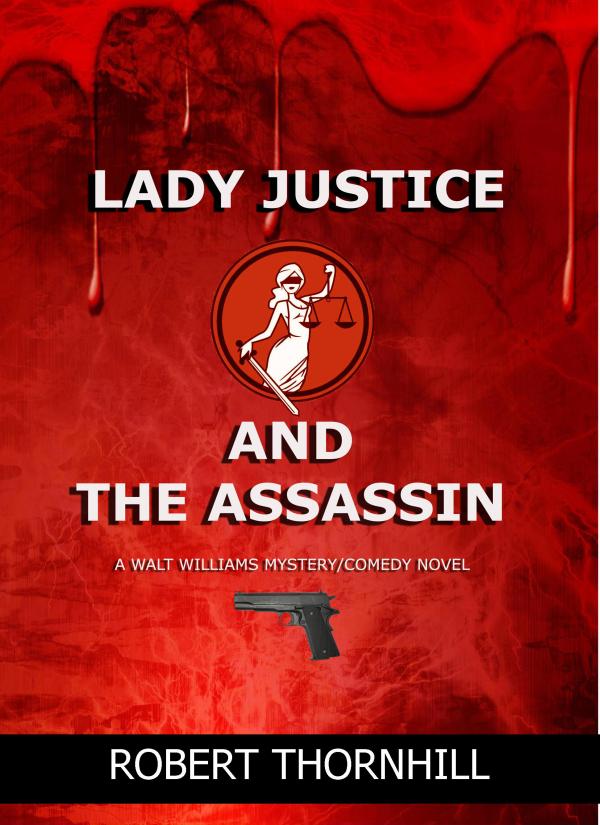 It had set vacant for years until it was rented by ABC Ltd., a company cloaked in secrecy, affiliated with the Aryan Brotherhood Confederation.

In the drafty hall that had been converted into a meeting room, Brant Jaeger, a representative of the company, sat across the table from Terrance Cobb, the Commander of the Ozark Militia.

“Nice digs, Brant. Looks like the Brotherhood is really living high on the hog.”

“Cut the crap, Cobb. Did you come here to insult me or are we going to do business together?”

“Calm down, Brant. I’m just a country boy havin’ a little fun. If we’re gonna work together, you gotta lighten up.”

“Sorry,” Jaeger replied, backing down. “What did your people have to say?”

“Like you said at our last meeting, ‘the enemy of my enemy is my friend’, but I think William Shakespeare said it best in The Tempest, ‘Misery acquaints a man with strange bedfellows’. We have concluded that our two organizations have a common goal — the removal of that heretic from office.”

“Shakespeare! I would never have guessed that you were a student of the classics.”

“Don’t underestimate us just because we prefer to live in the hills and shoot the food for our table. It wouldn’t be wise. Now if we’re finished with the verbal jousting, exactly what is your organization suggesting?”

“I think it is obvious,” Jaeger replied. “The only course of action left to us is assassination. It is a drastic course, but necessary if we are to protect our Second Amendment rights and keep our society from being further polluted by interlopers from foreign shores. Drastic times call for drastic measures.”

“Even if you are successful, what have you accomplished? The president’s successor is a carbon copy and supports the same agenda.”

“Precisely! That’s why it must be a duel assassination. We will eliminate both at the same time. In the current line of succession, the presidency would then fall to the Speaker of the House of Representatives, a member of the opposing party and a man more sympathetic to our mutual causes.”

“A double assassination! It has never been done! Are we embarking on a noble cause or a fool’s errand?”

“Maybe the militia doesn’t have the stomach for such an enterprise. Maybe you are all content to hide in your hills and rattle your swords. To quote your Shakespeare, ‘Much ado about nothing’!”

Cobb’s eyes narrowed, “We are sworn to take up arms against any threat to our Republic, either foreign or domestic. If you question our resolve, remember what fate befell your precious Hitler.”

Anger flashed across Jaeger’s face, then quickly faded. “Peace, Brother. We have a common foe and we must stand together. Truce?”

Cobb smiled. “Truce. Am I to assume that you will want a pair of sharpshooters? We have some remarkable marksmen in our ranks.”

“No, that won’t be necessary.”

“And why not? You won’t find finer marksmen anywhere.”

“I’m sure that’s true, Cobb, and that’s part of the problem.”

“Homeland Security,” Jaeger replied. “Your organization as well as ours is on their watch list. Why do you think we meet in a building such as this? We have relocated three times in this year alone. Every week, we have a man scour the entire building for bugs planted by our fascist government. They will eventually find us again and we will move on. It’s a game we play.

“Any overt action by either of our organizations will bring the wrath of Homeland Security crashing down upon us. Using their powers under the Patriot Act, they can do pretty much anything they want with impunity. What chance would your militia have against government drones laying waste to your forest encampment?”

“I see your point. What do you have in mind?”

“John Q. Public. The man on the street — a law-abiding citizen with no police record or ties to questionable organizations. They can’t watch everyone, and our assassin will be from the ranks of those they least suspect.”

“Why would a man agree to such a despicable act — an act that would most likely lead to his death or to life imprisonment at the least?”

“Men do despicable acts every day, for revenge, power, lust, money. We simply need to find men with a powerful motive, provide the means, and the act will follow. I believe we have found such men.”

“Sounds like you have things pretty well mapped out. What do you need from my militia?”

“Money — and lots of it. The men we have in mind need money for their families. For some men, their most powerful instinct is to provide and protect their families. If they believe that can be accomplished, even at the risk of their own lives, they will act.”

“What makes you think the members of my militia have that kind of money? We’re just common folks, not millionaires.”

“Where does your militia get their AK-47’s and ammunition? The gun manufacturers are in the same boat as us. If this administration gets its way, their profits will tumble. You may not have deep pockets, but they do, and I’m willing to bet that you know who to talk to.

“We have powerful interests that are sympathetic to our cause and are willing to make a financial commitment. If you can get your gun manufacturers on board, we can put this thing together and get our country back on the right course. Are you in?

“I’ll make some calls. You’re a crazy bastard, but this just might work!”