Jasmine: Looking down at the woman who stood glaring at him, he wasn’t sure what to think. She looked like she could pop a vein.

Her lips were pinched and her steely green glower nailed him with the intensity of a gun. Shuffling through his brain, back and forth, up and down, he tried figuring out whether he knew her. Nope, he’d remember if he’d ever met her. A woman like her, with her long, dark hair, pretty green eyes, and petite curvy body, would be unforgettable–even if she seemed a bit loony. 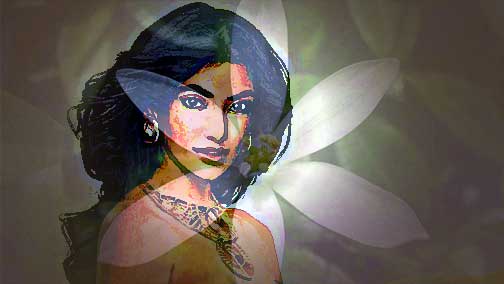 Maybe she’d tipped the bottle a little too much that evening. He could understand that, although he hadn’t been drunk in years. Once he’d hit his thirties he’d had no use for getting drunk. “Did you say ‘talk’?” he asked.

“You’re lucky I don’t scream.” She crossed her arms over her chest.

Without a doubt, this woman was crazy. He didn’t need drama. He’d had enough over the last few months. Instinct told him he needed to cool off the situation before it got out of hand.

The strange woman’s face grew redder with each passing second. Did she mean him bodily harm? Not that he feared a five-foot, one hundred-pound woman, but he did wonder. In fact, he found it somewhat entertaining, although he didn’t dare laugh. Hell, he guessed she’d flip her lid and he didn’t want any part of that.

“Can we please cut the drama? Can you just tell me what I’ve done, or said?”

Pointing her finger into the middle of his chest, she said through tight lips, “You’re unbelievable.”

“Okay.” Now he was totally lost.

“Are you going to stand there and pretend that you don’t know me? What type of man are you? And you call yourself a soldier? I have a few words I can think of to describe you. You might think this is amusing, but I assure you there is nothing about this situation that you’ll find worthy of a smile.”

Closing his wallet, he pushed the leather trifold back into the side pocket of his ABU pants. He sighed in growing irritation. If he found out his men had put this woman up to this as a joke, he’d kick their asses. “Look, lady–”

“Lady? Lady?” She all but screeched the word.

“Okay, sorry.” What piece of information was missing here?

Her mouth fell open. Her eyes teared up. Would she cry?

His heart sank. He could think of nothing worse than a woman in tears. Somehow he knew this wasn’t going to be a winning situation. Instinct told him he had just taken a front seat on a roller coaster of horror.

“You slept with me. Remember? Jasmine Sinclaire? Do you understand? Apparently, it’s true. Men think with their parts…” Her attention dropped to his zipper and then back up. “Not their brains.” Her jaw cocked. She looked like she would puke or release a pent-up demon. He didn’t want any part of either one.

Confusion growing thicker, he leaned back against the sink, crossed his legs at the ankles and tucked his arms across his chest. “Jasmine…” Nice name. “That’s a flower, right?”

“A flower and a name…my name,” she snapped.

“A beautiful flower,” he murmured.