Excerpt: His Lips Were Smiling…

…but the amber eyes had gone stone cold.

When Angie kindly invited me to post an excerpt from my thriller, The Tangled Web, I faced the same challenge I always face whenever I do a reading. What can I share with readers without diluting the suspense of a novel packed with intrigue? I finally gave up trying to decide and asked a friend to choose a passage for me. So, here’s her pick – Lauren Anderson, a savvy investigative reporter on the trail of something bigger than she imagines.

She arrived to find the teahouse packed. She hesitated inside the entrance looking around for any man with dark hair wearing a navy sweater and grey slacks. There was no one fitting that description as far as she could see. Plenty of jeans and grey slacks, but no navy sweater.

She glanced at her watch. She was on time. Perhaps he was running late, or maybe she had simply failed to see him. She navigated her way through the bustle towards the back of the room. He was sitting at a table against the wall, eyes watchful as she made her way to him.
He rose to greet her as she came over to the table. “Nice to meet you, Susan. I’m Jason,” he said as she introduced herself. He did not extend his hand, but waited until she sat before sitting again.
“I thought we might sit back here,” he said in the easy manner usually reserved for friends. It’s about as far from the crush as we can get.” 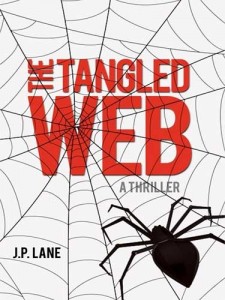 Lauren thought they could just as easily have met somewhere less crowded, the Victoria & Albert museum, which was not too far away, for example. However she refrained from offering her opinion. She placed her tote on the empty chair next to her and waited for him to make the first move.
“Tea?” he suggested. Seeing her surprise, he quickly added, “Since we’re here we may as well have something.”
Lauren observed him discreetly. He was much younger than she had imagined. And he was remarkably handsome with riveting eyes the color of clear amber. Those eyes were watching her studiously as she decided he looked more like a male model than… She realized she hadn’t a clue what role he played. Perhaps like her he was a courier, also unaware of the nature of whatever it was they were involved in. Fearful he might think her rude, she tried to tear her eyes away from him, but he held her fascination.

His dark hair was well cut and tousled in a way she knew was no accident. She assumed no expense was spared when it came to his appearance. The navy sweater was cashmere. His ring looked to be bloodstone, often a hallmark of a good school, or good lineage, or both. Lauren wondered what he did for a living. He had fine hands – creative hands is how she would have described them – with long, straight, strong fingers. Whatever his occupation, he had an urbane gentility about him that matched his flawlessly debonair appearance.
“So, I gather you have something for me,” he said breaking the spell.
“Yes, it’s right here.” Lauren reached for her tote. She pulled out the envelope and handed it to him.
“Do you mind if I have a quick look?” he asked with a peculiar glance. “It would be better – in case any questions crop up.”
Lauren’s nod of consent gave no indication of what was quickly passing through her mind. From what he had just said, it seemed he thought she knew more than she did. Perhaps if she played her cards right, she would find out more. She just had to wait and see.

“Let’s see what we have here,” Pavel said placing the envelope out of sight on his lap. He opened it and perused the contents for a minute or two, eyes in deep concentration. “Yes, this will do very nicely. I have everything I need here. Would you please convey that message to whoever needs to know?” Quickly picking up on Lauren’s puzzlement, he explained. “I’m assuming this is the last communication with you and your associates.”
Lauren shifted in her chair. They had ordered, but their tea and its accompaniments, two muffins in two different flavors, had not yet arrived. She wondered what to say. It was clear their business was done. For the sake of small talk she asked if he lived in London.
A terse yes was his answer.
“What kind of business are you in if you don’t mind me asking?”
“I’m an architect.”

His lips were smiling, but the amber eyes had gone stone cold. They were issuing her an unspoken warning – speak of nothing remotely touching on the personal. What Lauren was seeing was more than caginess. There was ruthlessness behind the handsome façade and she instinctively recoiled from the danger. As if knowing this, he asked amiably if she would be in London for long. She told him no.

Lauren began to have strong doubts this man sitting across the table from her was an architect. She imagined his name was no more Jason than hers was Susan. She now understood any conversation would be based on pure fabrication. It would be superficial at best. And there was no hope of leading him back to the subject of the package. Unfortunately, their order was now on the table and there was more time to kill than she cared to spend with a stranger who was giving her the heeby-geebies. Unconsciously she began playing with her watch.
“Are you in a hurry to go somewhere?” he asked.
“I have an appointment not too long from now. But no, I’m not in a great hurry,” she answered cautiously.
“Well, I’m glad I’m not holding you up. Forgive me if I took your time for granted when I suggested having something here. I just thought as a visitor to London you might enjoy this place.”

He poured their tea. Time dragged on. They talked about current attractions in London, him doing most of the talking. Having not been there in a while, Lauren was hardly au courant.
“Pity you won’t be here for long. There are some interesting things going on. Are you interested in Baroque?” he asked.
“Do you mean Baroque music?”
“No, the Baroque period overall.”
“I wouldn’t say I’m gung ho over Baroque, but I am interested in some things from that period.”
“Well in that case, you may want to consider staying a bit longer to do the walking tour of Mayfair streets that’s on right now. It focuses on the crème de la crème of 17th and 18th century society. I particularly enjoyed touring the homes of Nelson and Handel.”

Lauren glanced furtively at her watch. She had already been at the teahouse much longer than she expected. She was beginning to wonder why they were lingering, because lingering he was. Every now and then she caught him reading her and each time her discomfort grew. As he continued talking, careful to avoid asking any personal questions, her educated ear picked up an almost imperceptible trace of something foreign in his flawless BBC accent.
“Where are you from?” she asked.
He looked taken aback by the question. “Why do you ask? I’m English,” he said.
Lauren laughed nervously. “They say there aren’t any English people left in London. You come as a surprise.”
A smile played on his lips, but it did not reach the amber eyes. Lauren looked at her watch, this time with no attempt to hide her interest in the time. “I don’t mean to be rude, but if we’re through, I really have to go,” she said reaching for the bill.

“Please allow me,” he insisted beating her to it. “Beautiful women should never pay.” He smiled as he said it. This time his smile was genuine.
Lauren made her escape from the teahouse and hailed a cab. The grey drizzle that had cloaked the city had begun to ease up as she scrambled into the taxi. She gave the driver the address of the bank in Mayfair, sat back in the seat and closed her eyes. It was over. Yet her curiosity about the source of the money would not let her alone. Wherever the funds were coming from, she had a strong suspicion it was not from the coffers of the Ministry of Finance. And what about the mysterious stranger she had just met, she asked herself. Where did he fit into the picture? A trace of a frown flitted across her brow. Something didn’t feel right about him, but she was too spent to try and figure out what.

Pavel watched Lauren leave, his amber eyes following the cab as it drove away. She seemed to him to be an unlikely candidate for involvement in such a risky undertaking. But then, he didn’t look the part either. However, he was curious about her. She didn’t fit. She asked too many questions for one thing. And she had seen his face. That had been a mistake on his part. In his line of business, one couldn’t be too careful. Then again, he had been assured she was simply a courier, uninformed of the nature of the operation and the contents of the envelope she had just delivered. He shrugged off his misgivings, paid the bill and walked outside. The rain had stopped and the sun was coming out.

I'm a writer who's written just about everything - from ads for embalming chemicals to TV and radio commercials, magazine and newspaper articles, and even speeches. Proof that I've paid my dues to the world of commerce are the advertsing awards, including an Addy, tucked away in one of my desk drawers. I left all that behind a few years ago when I moved away from the maddening crowd to my little haven in rural north Florida. But I'm still writing, because once a writer, always a writer.

J.P. Lane is author of The Tangled Web. Formerly an award-winning writer for The Miami Herald's marketing division, she has been published in other leading Florida publications, including Florida Design Magazine. The Tangled Web is her first work of fiction.