By Mike Philbin Last updated Jan 2, 2022
0
Share
I mean, what in the name of all that is holy, unholy or atheistic are you doing, going to work 47 weeks a year to earn money to pay for food and water and accommodation from some GLOBAL SLUM LANDLORD and prison thug?Just what are you doing?I mean, look at me. I’m not even religious. I don’t even believe in a God, a Creator, a Prime Mover. Hell, I’m not even a fan of the Creationist science-drug Big Bang theory. And even I know that WORKING LIKE A SLAVE WITH WHIP MARKS ON YOUR BACK is not the life ‘any’ God intended for us. I’m not even playing devil’s advocate, ‘cos as you can summise, I don’t dig on no Satan flesh or Dark Lord meat, neither.To me, it makes no sense that YOU THE PEOPLE should still be whipping yourselves on the back all the time in the name of THE CONGLOMERATE EMPIRE. Tell them to, “Get lost!” let them invent clever droids that’ll liberate our lives so that we can all just do whatever takes our creative fancy. Tell them their GAME sucks. 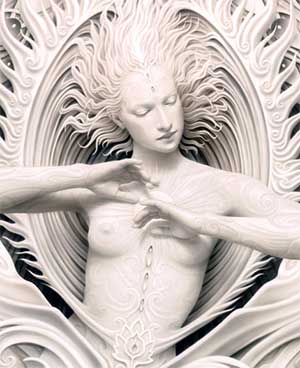 Maybe even some of us’ll understand that DEATH is better than the life of a Gladiatorial Slave — plus it stops the elitist FREAKS enjoying your suffering. Deny them that and their sick and twisted corporate world comes crumbling down around their ears. At last. Finally.

Where am I going with this? Well, as per my arbitrary-mood-swing mentality, I’m going nowhere with it. And just to prove it, I’m gonna say something that both extremely stupid and extremely profound. Ready?

Creativity is what makes the sun (our nearest star) affect the earth. Yes, isn’t it obvious? We’re in the same gravity well within which our parent star first ignited. We’re made of the same stuff, formed by the same stellar processes. Of course we’re still affected by the movements of our parent, we’re still connected to the solar umbilical chord. We’re more than stardust, we’re sunmind.

I think there’s also a way to communicate our sunmind’ness’ to the mother, like the hunger parasites in a meat-eater’s body, we can influence how that great ball of fire treats us. I think we can avoid a global cataslysm by worshipping the sun like those old idiotic indigenous people used to. Maybe that way humankind might see the odd burning bush or singing lake every now and then.

Maybe that way REAL creativity, passion and kinship can be returned to this barren homeworld.