Geophysicist Mark Cabot and his lover/fiancé Maura race against an impending, but unknowable, geological deadline to prevent a nuclear meltdown that threatens future generations with a nuclear winter, spelling the end of human-kind, and perhaps all life on earth.

The action ranges between Washington DC; Addis Ababa, Ethiopia; Chincha Base, Peru; Cranston Labs, Snedens Landing, New York. It covers twelve days from discovery to the final climax. Mark faces death from a foreign covert group seeking nuclear power in their search for dominance over other nations. The resounding climax is a breathtaking, armed confrontation and geologic collapse in Peru, deep beneath the Andes Mountains. 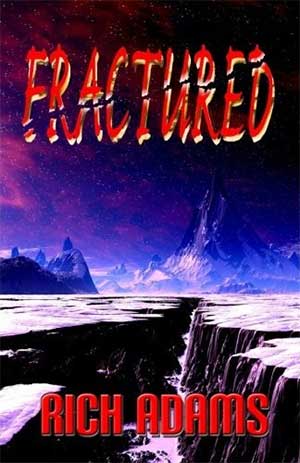 “What do you want me to do about it?” Amil said.

“Look at this.”  The man pulled a photo from his thin leather briefcase.

“This is him?”  He said, studying the eight by ten glossy.

With dead eyes, Amil said, “As you say.”  He handed the file back. “You mind telling my why?”

“No I don’t mind,” the man said gruffly, “but we have more important things to do right now.” He got up.

“Yeah.  We’ve have to get to the island and see what has gone wrong.  I’m beginning to wonder if I chose the right side.”

The two men left the hotel and drove directly to Pisco’s dock area. Amil unlocked the trunk and handed the man a small blue automatic. He placed it in his belt under his coat.  Amil then slipped on a shoulder holster, adding a Beretta to it before closing the lid. They began walking toward a sleek launch tied up at the end of the long wide pier. Two men saw them coming and jumped into the boat, started the engine and began casting off lines. Amil was in the rear as they reached the boat. The other man had just stepped into the craft when Amil noticed another boat approaching the dock from the north side.  The third man in that boat caught his attention. Amil turned and ran, keeping pace with the slowing boat.  It was heading for the landing closer to shore. He found several wooden crates, stacked against some future shipping date, to hide behind.  Soon  the four men were coming up the wet steps and walking quickly toward land.

I am right, Amil thought.  The third man matches the picture.  It’s Cabot.  This is easier than I thought it would be.  Amil smiled and followed them at a distance.

“You get the car,” Mark said.  “I’ll find a phone and meet you back here in ten minutes.”

Hal, Joe and Ray walked away through a narrow cobbled street that shone from the mist like wet snakeskin.

The area was abandoned.  Mark saw telephone lines looping toward  a  gray  warehouse  thirty  yards  away.  The building was dark and seemed vacant.  He headed for it. Once inside he spent several minutes finding the phone.

He had just picked up the receiver when he thought he heard a noise. Shit, he thought, some night watchma……

He saw the blue flash but didn’t hear the compressed report of the shot.  The bullet hit and spun him around. Mark dropped unconscious onto the table, and slumped to the floor.

The first third of Rich Adams’ life was spent as a classical tenor. He began writing advertising copy in his early thirties. He has won several national awards for advertising and has also published magazine articles and a weekly newspaper column.

Look for Book One of his Detective Jerzey Swift series, KNIFE LINES, coming soon. He lives with his wife and Dachshund, Heidi, at Lake Norman, North Carolina.