Celia Whitfield’s Boy is a riveting, bittersweet, funny, and historically accurate account of a talented young man coming of age in a changing, challenging time.

Set in the lumber country of eastern North Carolina in the early days of the 20th century, the novel allows us to watch the growth and challenges faced by young people against a backdrop of racism, economic change, and politics. Written with great insight and unfailing authenticity, Celia Whitfield’s Boy transports beguiles and awakens readers.

Prologue
The wind blew steadily through the pine trees, across the empty fields, and down the dirt road. A misty rain had been falling since before daybreak and the chilly January temperature added to the dismal mood of the North Carolina morning.  Celia Whitfield’s thoughts were just as gloomy as the weather as she walked down that road, her head bent against the wind and mist. 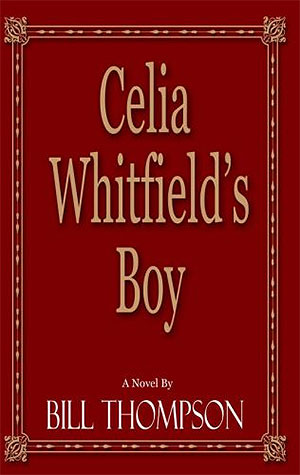 It was almost two miles across Brown’s Swamp from her house to Flynn’s Crossing.  Water was already standing in the wagon ruts and the dust that had been there just the day before was turning to sticky mud, causing her to step carefully to keep from slipping. The road she took that morning was the only way to get to Glover’s Store there in the little hamlet.  She had walked that road many times in rugged winter weather like that morning’s and in the muggy heat of the eastern Carolina summer. Regardless of the weather, it was two long miles.

It seemed even longer that morning.  Celia was on a solemn mission, one she had considered and postponed many times. Although she had reached her decision, she still had reservations about her ability to do what she knew had to be done. She let a tear slip onto her cheek knowing the misty rain would hide it.

It had been two years since her husband, Sam, had died in a logging accident.  She had struggled to raise the children: the boy, Jacob, and his sisters, Carrie and Rachel. It was an impossible task.  She was young, just barely twenty-five years old, but she wasn’t physically able to farm. The children were too small to help, although Jacob tried.  Mr. Glover, a generous and caring man, had been kind enough to carry her on his books so she could get some staple items at his store.  The rest of the food they ate she had raised. But it was not enough.

As she came around the curve in the road she could see Glover’s store just across the railroad tracks.  It was a small, unpainted building with a front porch that ran the length of the store.  There were sacks of feed stacked out front and a couple of wooden rocking chairs on the porch. A rusty tin roof, one corner flapping in the wind, kept the rain out.

The gloomy morning had caused Mr. Glover to light a lantern in the building.  She could see its glow through the dusty windows.

As she walked slowly up the wooden steps to the porch, Celia thought what a pitiful picture she made.  Her clothes were wet, the hem of her long black dress was heavy with mud accumulated during the journey, and her high-buttoned shoes, which she had polished so carefully with hog fat, were covered with mud.  Her red hair was tied up in a tight bun that glistened with the mist of the morning rain.

But she didn’t want to look pitiful.  She was too proud to ask for pity no matter her circumstances. Although her Irish family was considered just a little higher on the social ladder than the black folks who worked on local farms, she considered herself the equal of anybody. And she wasn’t going to beg for anything— except maybe for her children. So she stood up straight and brushed the dampness from her face with her cotton handkerchief.

She pulled open the screen door then pushed on the right side of the narrow double doors that opened into the big room full of everything a farm family could want. It all came together with a unique smell of leather and coal oil, fresh meat and cloth.

Celia was glad there were no customers that morning.  Mr. Hugh Glover was standing alone with his back to the woodstove in the middle of the room.  He was dressed as always in wool pants and vest, a string tie around his stiff collar and garters on his shirt sleeves.

“Good mornin’, Celia,” he said.  “This is awful nasty weather to be traipsin’ about in.”

Celia closed her umbrella and shook the water off onto the worn wooden floor, stood as straight as she could and said, “The fact that I am out in this mess oughta tell you my purpose for doing so is important.”  She tried to speak as confidently as she could.  She didn’t want him to think of her as some emotional woman come to throw her troubles on him.  She rolled her umbrella then walked over and stood beside the warm stove with Mr. Glover.

She spoke without preamble. “Mr. Hugh, I have come to make you a bargain.  I know that you are a businessman and fair in your dealin’s.  I propose to make you a deal which will be beneficial to all concerned.”  Without even taking a breath she went on. “As you know, my boy, Jacob, is nigh ’bout seven year old and is in good health.  I know he may seem a mite small of stature but he is a willing worker and smart, too.  We do not have a school here and I can’t afford to send him off nowheres, but me and his daddy decided before Jacob was born that if it was a boy child he would get a education.

“You are an educated man, Mr. Hugh, and I know that you know how important education is if a body is to better themselves in this world.  Sam said he was goin’

to do whatever it took for Jacob to get him an education.”  Celia paused but kept looking past Mr. Glover out at the rain as it increased and a little sound of thunder could be heard above the flailing of the rain on the tin roof.  “And I aim to keep Sam’s commitment, Mr. Hugh.”

Celia paused again, this time she took a deep breath. The hesitation gave Mr. Glover a chance to speak.  “Celia, I have always admired your determination to properly care for your children in the wake of Sam’s death.  You have conducted yourself in a Christian manner and I know that you have struggled hard and long. But I also know that you knew I was aware of that before you came here this morning.  So why don’t you tell me what is on your mind?”

Celia turned abruptly to face Mr. Glover. She looked him straight in the eye and said, “Mr. Hugh, I want you to take Jacob in, to raise him like he was your own.  I cain’t care for him. I am a poor widow-woman, young though I may be, and I can not do what needs to be done for my boy. Askin’ you to do such a thing near ’bout tears my heart out.  I love that boy more than life itself, but I cain’t do what needs to be done to give him the kind of life he deserves.”

Mr. Glover could see the tears come to her eyes despite her efforts to suppress them. But she refused to acknowledge them.  She didn’t reach up to wipe them away with her handkerchief so they just streamed down her cheeks unimpeded. She continued to speak with as much control as she could muster, “I don’t aim to just turn him loose, neither.  I will pay you every month for his keep and whatever I can toward any expense you might have in sendin’ him to school. He is still my boy and nothin’ in the world can ever change that. You can work him here in the store to help as well.  And although I know you to be a Christian man, I tell you now that if you should agree to this bargain but should ever harm him, I will hunt you down and kill you.  That’s as plain as I can say it.  Do we have a bargain?”

The storekeeper didn’t answer.  He looked away from the young woman standing there with rainwater still dripping from her dress to the floor.  “What courage,” he thought, “must she possess to take such drastic action? How much desperation must she be facing?  And how much love must be bound up in that little body to make such a sacrifice?”

He also thought, “I can’t just do this without talking it over with Mary.  How will she feel about taking in a small boy especially at her age?”

But he knew Jacob, too. He had seen him in the store and at church.  He was a good boy and Celia had done a good job of raising him so far. How could he turn her down when she seemed so desperate?

“Let me talk to Mary,” he said. The next Sunday afternoon, Celia brought Jacob to live with Mary and Hugh Glover.

Bill Thompson has been a speaker and entertainer for hundreds of events celebrating The South. In the course of all that, he has written two books of essays, including the best-selling Sweet Tea, Fried Chicken and Lazy Dogs, as well as a collection of short stories and a play. He is author of numerous articles for newspapers and magazines, particularly Our State. Celia Whitfield’s Boy is his first novel.