Chapter 4: One of those days I met Nicholas on the sandy beach of Cadiz.

The wind blew off my scarf and I did not even bother to stand up and get involved with the levante’s cheeky dance and chase my scarf around the beach. But I sat minding my numerous sheets of paper which would turn into letters as the day approached towards more tiresome hours for me.

He approached from behind, I never heard his footsteps, for the sand was a silent road, nor had I caught his very distinguished odour of strong spirits, for the wind was blowing it away from us. He said: 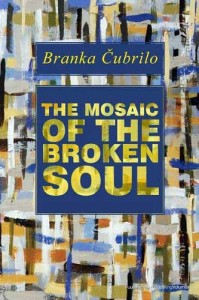 I grabbed my sheets of paper as if I was guarding them with my life and did not know whether he came as a rescuer of my scarf or whether he was an intruder keen to interfere with my tidied-up sentences. I had had enough of the levante’s interference, for with it my sentences were somehow less obedient to my mind; but I did not need any interference, either from any other natural source or from a man who came as a rescuer, who caught a freed bird I tied below my suspicious chin. Honestly, I did not know what to say, or to take the scarf he was holding, for I was holding my letters tightly to my chest and both hands were full of my conversations with my men and I was very hesitant, for if I wanted my scarf I needed to let go of my letters and it would be more of a disaster to lose my pages than the silken scarf I had bought in the bazaar down in Cadiz town. He read my dilemma in my trembling hands and as he came closer he simply asked if he might tie it around my head.

I did not say “yes,” I did not say “no,” but he came closer and tied it around my head and tied a little bow on the back of my neck. I said “Gracias,” I said “Thank you,” and was looking at my feet which were keen to go; but he said that we could speak English for he was an Irishman who came here, and just like me, was trapped by the wind and delicious food and he never went back to Ireland since, and he never finished his novel, but he said, “What’s the hurry?”

I said to Nicholas that I was not the easiest person to talk to, and not the best company for the rest of the day, for I was quite a troubled soul who was most comfortable when I was alone with the wind. He said he would never trouble me, for his troubles were numerous but quite well hidden behind a friendly façade and cultured attitude. He said he saw me writing every day and expressed his envy for my passion and dedication, for he said his pages were blank for a number of days, which all together already leaked into a year.

For this or that reason we humans open up more easily to people we know we are not going to see again, so Nicholas sat next to me and I told him about the broken pieces of my troubled heart and told him about two men I was writing love letters to every day.

Nicholas was a gifted listener; he kept his eyes on the little shells and his ears on each one of my words, nodding his head speechlessly. He suggested I keep a copy of my letters, for I might need them one day, but I told him that one of the men did not read the letters, that they came back returned unopened, for he did not care about my words anymore. I told him I had all my letters, they were still in a sealed envelope, tired of the long trip around the world, twice.

Nicholas asked me which one of the two I loved better, and I told him that I did not know, for both of them were wrong, as I had a gift of choosing the wrong, sometimes troubled man, but I said as long as I could write my letters I loved them both and Nicholas nodded his head as if in agreement, saying, “I see, I see…,” from which it appeared to me that Nicholas understood exactly what I wanted to say, as if he had grasped the real meaning.

The sun was getting down, looked as if it was pouring ochre paint into the ocean, the shadows grew longer and darker, then I turned my head to Nicholas and saw his face for the first time and he looked so young and sinless and I told him he looked so young and sinless and he laughed heartily and said that no Irishman looked sinless, for they were all troublemakers, even though, he said, it sounded like a worn-out cliché, in clichés always a good part of truth was held. I asked him about his sins and he said that he knew all the sins humans invented or were tempted into, for his learning consisted of one after another episode of extravagant choices. He said that he looked young because there was a needy little boy still caught inside of him, but he was often in bitter dispute with a domineering master who asked that his will and wants were instantly satisfied.

Nicholas asked me if I thought that it was easy to make peace and live a trouble-free life between the two of them. I said that I assumed we all had a little needy child locked in our subconscious mind and we all had a tyrant that asked for instant perfection and gratification. Then I told him not to take what I said too seriously, for I was not really competent in the field of psychology but where I was at my best was writing love letters, even though it might appear that they were not appreciated, at least from one of their recipients.

Nicholas asked me out that evening or any other to get drunk together, but I told him that I couldn’t for several good reasons and did not feel obliged to list to him all my reasons. Instead I took one which looked the most appropriate and told him that I did not drink, for then I did not know who I was and this could be a very frightening experience. He said that he never knew and never would know who he was, but when he drank he thought he didn’t really care.

A Letter from Yorkshire