Monica Dryden hummed along with the Christmas carols on the radio as she pulled the chocolate chip cookies out of the oven. They were David’s favorite, and she’d baked them for him every Christmas Eve for as long as they’d been together—five years now—continuing a tradition his mother started when he was a boy. 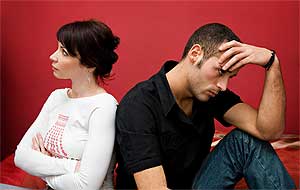 He clicked off the television and turned to face her. “We have to talk.” He spoke the words softly, almost kindly, but still they chilled her.

Her head snapped back as if she’d been hit. David wanted change? Since when? She opened her mouth and said the only thing that came to her stupefied mind. “Do you want me to make you a different kind of cookie?”

David’s eyes shifted from side to side as if he were searching frantically for a way out of the conversation. Finally his gaze settled on his hands. “I want a divorce.”