As my eyes closed and I took my last breath, I heard footsteps approaching…

I am Conner O’Callaghan, the oldest alpha werewolf and a direct descendant of the original Irish pack.  I was born in the County Offaly, along the River Shannon, in the year 1663.  This was when the alpha leader, Aedan MacConin, bit me and I turned into a werewolf. 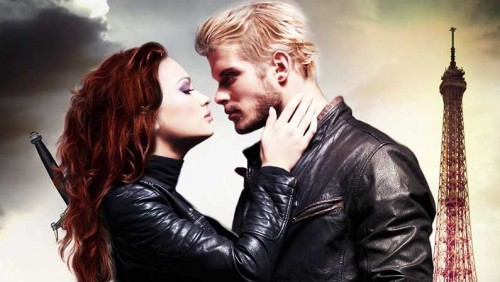 I am an immortal.

Callidora was my loving vampire mate, an ancient Greek who lived on Crete in 1158 AD.  She came from another time dimension named Angelis, with her vampire brother, Damon.  They were forced to leave their homeland by their power-hungry uncle, Kyran.  The warlock, Shaman Neeb, slid time and transported them to our time dimension.  He saved their lives and royal bloodline.  In this dimension, they have the power of gods.  Damon became my best friend in later years, along with Shaman Neeb; Damon was never far from his sister.

Callidora and I broke all the rules by creating a new breed of immortal.  We named our daughter Shannon, after the river I played in when I was a boy in Ireland.  She was the impossible miracle that came from our love.  A werewolf and vampire cannot produce a child together, but because Callidora was from another dimension, we were so much more than normal.

Shannon was a beautiful baby, but she did not exhibit any signs or scent of being immortal and could pass for a human in every way.  We knew Shannon was special…signs or not… and that someday she would become the strongest immortal alive.  However, at what age she would change from human to Angelian, we did not know.  We knew it would happen when she needed her powers.

By creating this new species, we knew we would pay with our lives.  The wolves and vampires have always followed the unspoken rule to kill the breeders and offspring, thus ending the cycle of life for those they feared or hated.  The slaughter of my village started at midnight, as the immortals attacked in full force and killed at will.  The slayers that massacred my pack were a mix of vampires and wolves, which would prevent the blame from falling on one race.  Cries of death carried into the night as the bloodbath raged.  The vampires and wolves were fighting together to end Shannon’s life as we all fought back, but we were outnumbered ten to one.

As my last breaths came and I felt my heart beating its last few beats, I knew my life would soon be over.  As I lay dying, I knew Damon felt the cries from Callidora as we fought for our daughter’s life.  As my eyes closed and I took my last breath, I heard footsteps approaching…

This is Shannon’s story… Callidora and I will never leave her side.