Prologue
The world stretched away in a field of stalks. They were everywhere, as far as the eye could see. At first glance, it looked like a cornfield – branch after branch after branch of amber leaves standing quiet and still in the faint summer breeze.

But then Colum looked closer, and saw that the amber wasn’t truly amber. The color was lighter, more suffused with a blend of white and pink. They were waves of fleshy grain, not amber.

And flesh was a good color description, because the stalks weren’t grain.

The top of each thin trunk held a head. Blonde hair hung in ragged curls down the shoulders of many while many other scalps were shaved. The brunettes stood out in the field, their dark locks looking almost like spoiled produce in the midst of so much pale flesh.

Because it was truly a field of flesh. Thin naked bodies all standing straight and tall, arms at their sides, heads forced to stare straight ahead. Nobody hung their face, nobody lifted their arms. The sea of naked men and women stood as one, stiff and ready. They stared in one direction, and blinked only occasionally. 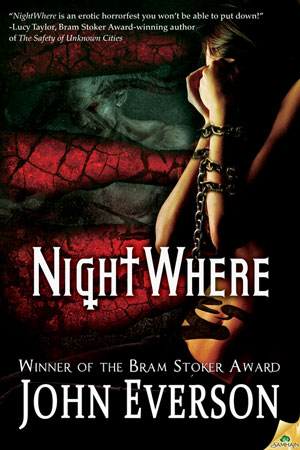 What the hell was this place? He’d gone down a corridor, looking for a private place to smoke. And somehow he’d gotten turned around. Meli always said he had no sense of direction. Of course she was always the one who liked to give direction. He imagined right now, back in the Blue Room, she’d already surrounded herself with five guys, all of whom were following her commands and working with hands and lips to pleasure different portions of her anatomy. He needed to get back there, to enjoy the view. But the old wooden door hadn’t led him back to the swinger’s club. It had led him to this… true obscenity. A Halloween nightmare.

He walked forward until he stood at the beginning of the field, and now could see the details of the bodies. He saw the breasts of the women, sagging or proud, and the bellies, wrinkled and taut. He saw the veins on their thighs, and the hair between their legs… or lack. He saw the men interspersed between the hags and girls. Some had torsos covered in dark wiry hair and others were pale and smooth.

He walked through the field of naked humanity. As he looked closer, he saw not simply the bodies.

He saw open gashes, and the scars.

He saw the rips across the women’s nipples, the trails of past abuse sewn back in heavy black thread to something near normal. He saw the jagged rips across the men’s bellies, pink worms of flesh that cut through the black hair. He saw the stumps where arms once had been, and the holes where earlobes once had covered.

And he saw the blood, still flowing.

This field had been flayed, but left alive to grow back in place, to recover. The scarecrows of the damned.

“Get out now,” a whisper came from somewhere deep within the bodies.

He looked at the nearest face and saw a man missing his lower jaw. A mound of pink had scarred above his windpipe, and a handful of broken teeth still clung to a gnarled mass of pink flesh and yellowing bone that grew beneath a crushed mound that might once have been a nose.

The face did not move. Its eyes did not blink.

He looked down and saw a latticework of pink that cut across the man’s shoulders and chest. Scars from some horrible beating or accident. Scars like a roadmap to a destination that… he did not want to know about.

“Are you the harvest, or the harvester?” a voice asked from somewhere inside the bodies.

Voices whispered from deep within the rows of bodies. The field of flesh suddenly drew a breath as one. The sound was slow and deep… a building gasp of communal awareness. Fear.

He could see the field shifting violently a dozen or more rows down the line. He heard something scrape against stone, and then a scream. He turned, trying to locate the sound. But his vision was blocked everywhere by the bodies. And all of them had turned, if they could, craning their heads to stare at him, open-mouthed.

“What?” he hissed at the woman closest to him. Her bloodshot blue eyes looked as if she’d pried them open with toothpicks. Her lips were drawn back in the semblance of a scream.

Nearby, to his left, someone did.

“Are you the harvest, or the harvester?” a voice called again from deep in the field.

Colum turned and saw something black rise above the heads of the bodies just a few rows beyond. The bodies in that area seemed to move and shake, as if a heavy wind was cutting through the field. Then he saw it again, a row closer. And again.

He began to back up, stepping down the narrow stone path towards the doorway that he knew was behind him. Somewhere. He hadn’t walked that far.

And then he saw the pole moving through the field, and the long curved silver blade at its end.

And the black hooded man who carried it. The figure raised the scythe high in the air, taking aim.

The bodies all around him were staring in ghastly silence, breath drawn, as if waiting for him to say something. Do something. A whisper came at his shoulder.

But it was too late for that. The blade descended.

And someone in the field finally answered the insistent question.

There are three things you can say about John Everson: he has an insatiable love for jalapenos (hotter is better!), spooky pop music (can you say The Cure and The Cocteau Twins?) and cold IPAs.

He also loves the color purple (his home office is a deeply royal shade – as are all his booksigning pens), he drives a Mustang convertible and won a Bram Stoker Award for Covenant, his first supernatural horror novel (…OK, six things).

Here’s one more: To find out more about his fiction, art and music, visit John Everson: Dark Arts at www.johneverson.com.