I’ve gone over this day a million times in my head. It always starts off with that red dress. The way Sharrica walked. The tears in her eyes. The ones I didn’t see until I looked in her heart.

Years later. Then comes my man, walking behind her. When I see them together today he stills walks behind her. It’s something about her walk that day. Something that sent that red light up in my mind that said: “something just isn’t right”. And what’s up with her face? She seems to have lost her best friend. 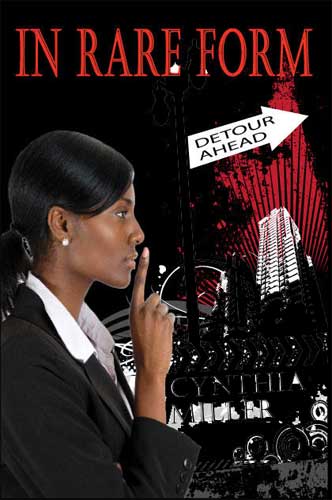 Huh, I know that’s not possible. He has always been there. He is still there. But that one day, I looked and I couldn’t find the soul of my man. By the time I arrived home, my red light was yellow but it was still on. It wasn’t until hours later that my light quit showing yellow, quit flashing red and went into emergency survival mode. By that I mean I made that call. I called that one number.

I called my mother and together we called on our father. We started our prayer as we always have. First giving thanks to and praise to our heavenly father. It was hard that day to ask God to forgive my enemy. Very hard. I think sometimes I’m still working on that. But my mother she begged God to forgive her for her sins.

I remember asking her what sin she was begging God to forgive her for. She was silent for a few minutes. But I swear I heard her heart hit the ground as I leaned over once again and vomited. Cindy, she said. It’s time. I just hung up the phone there was nothing left to say. I knew what I had to do. I called a 1 800 number, and after receiving instructions I asked “my man” to step out the room.

I decided to have an easy talk with Sharrica. I remember feeling guilty for being so direct. I just figured we would deal with our feelings later. I knew then that this would be a long process. I knew that once we got to the road of recovery that it would be bumpy. The one thing I didn’t want to turn down that street with was false dreams and lack of trust. The only real thing I was sure of at that time was we had to stick together. Our survival was unlikely statistically.

But hey, my mother told me that God made a lie out of statistics every day. What she didn’t tell me, was something neither one of us could have known at the time. That not only had Sharrica been raped so had my, my little man, my son, my children. And that was a secret we keep our tears on hold for. But Sharrica has always been good at masks. 20 years into my addiction, 1 prison term later, 2 CPS cases later, I sit. Here, taking off one of my masks.  Sharrica became very good at masks. She had a good teacher.

Sometimes I think she still wears a mask. Just to keep in practice. Sometimes she is so good at wearing a mask that I can hardly distinguish the lines of the past from the struggles of today. Raymond used a different method to cope. He implemented the power of amnesia. Me, I’m a heroin addict. Today we choose to tell our story. Just the way it happened. “In Rare Form”

The Soul (A Cinquain)