Sam opened the door cautiously and inched his way inside.  The entire room beyond the entrance had been turned upside down: furniture had been flipped over, ornaments had been shoved to the floor and shattered, and curtains had been torn.

Had someone been looking for something and trashed the space in the process, perhaps growing frustrated when they had not found what they were looking for?  Or maybe, someone had burst in on whoever had lived there, and a struggle had ensued. 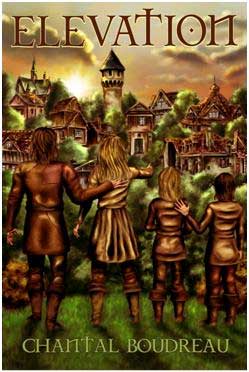 There was no clear indication as to the cause of the chaos, but there was no denying that something unpleasant had happened there.  Sarah was clearly distressed by the scene.

“Did they come after someone who lived here?”

Her thoughts were little more than a whisper.

“They were looking for someone or something,” Sam affirmed, “But I don’t think they found it.  I think that’s why we’re here – to find what they couldn’t.”  He felt uneasy about the whole situation.  The finding drive gnawed at him, but just as it had been earlier, it was tempered by fear. He pushed his way through the shamble of the room, as Sarah and Nathan began picking through what was there.  After igniting the lights in the shadowy spot, Fiona stood and watched awkwardly from the doorway, looking significantly disturbed by what they had found there so far.

Sam soon was standing on the opposite end of the room, with a sturdy looking door before him.  His instincts had drawn him there.  Sarah had trailed fairly closely behind him, but Nathan and Fiona had remained in their wake and had not advanced any further into the room.  Sam reached for the handle.  It twisted as if it were unlocked, but when he pulled, the door went nowhere.

“It’s stuck,” Sam declared.  “Whatever I’m supposed to be finding here is behind that door.”

Nathan rose from where he was examining a drawer in an overturned end table and joined Sam and Sarah.

“Maybe that’s why they didn’t get whatever they were after – the people who destroyed this place.  Maybe they left the door barred because they couldn’t get past it, planning to get back to it and break their way in eventually, but they never got the chance to before they had to leave,” the Watcher suggested.  “If whatever we’re here to find is behind that door, then we’re just going to have to pick up where they left off and bust it in.  Let me have a quick look around to see if I can locate something that will help us to smash our way in.”

Nathan left the house again and Sam waited anxious and fidgeting, ready to try to drive his own fist through the door in order to get past it, if necessary.  Sarah put a hand on his arm to calm him until Nathan returned.  When the Watcher arrived he carried what looked like a massive rake.

“All I could find was gardening tools,” he apologized, “But this ought to do the trick.”  He got Sam and Sarah to move back to a safer distance and then he raised the rake over his head.  He slammed it into the thick door time after time before the wood finally yielded to his blows and splintered upon contact with the hard metal.  At first, he only made a small dent, but after several more strikes, he broke away enough of the panels that someone the size of Sam or Sarah could squeeze through.  Sarah gave a shrill little shriek, her fingers tightening their grip on Sam’s arm.  At first the Finder wasn’t sure why his friend had responded that way, but he was at the wrong angle to see exactly what she had seen.  Shifting slightly, Nathan caught a glimpse and immediately tensed.

“No, Sarah, don’t look!  Elliot said you shouldn’t see these things!  Close your eyes!  Get out of here!” the hulking young man barked through the connection.

The girl seemed frozen in place, not heeding Nathan’s requests, but upon mention of Elliot, Sam had some idea what lay beyond the door, and quickly clapped his hand over her eyes.  Nathan tossed aside the rake and hastily turned her away from the sight, shuffling her off to Fiona.  The young woman assumed charge of the dazed and horrified-looking Sarah and hustled her out of the door.

“Take her back to the safe house,” Nathan instructed, once they were out of view.  “Distract her – settle her.  Don’t let her think about what she just saw.  Sam and I will come back there with you when we’re done here.”

Sam noticed a distinct foul odor in the air that he hadn’t smelt before, one that, perhaps, had not been free to escape the closet in front of them when the door had been all blocked off.  His recent meal threatened to make a quick escape, as he found himself gagging from the smell.  He had never been exposed to that horrible stench before, but he had a feeling that it was the reek of death.  That would explain the Watcher’s extreme reaction.

His shoulders sagging and his hand lifted to cover his nose and mouth, Nathan returned to his place in front of the door.  There was a grayness to his complexion, and Sam could see that he was choking back the desire to vomit as well.  Sam walked over beside him and peered in through the hole.  There was a body there, one that looked withered and frail, and Sam was fairly certain that it had been a woman.

“How long do you think that she has been there,” he asked, with a tremor to his thoughts.

Nathan turned to face him.  His eyes were grim.

“If we can figure that out, then we’ll know how long it has been since the latents left Elevation.  Apparently, not all of them made it out alive.”

If you’re interested in reading more of Elevation you can find it here.