I fell in love with Robin the first day we met. She was playing her role, as a recently admitted hospice patient, with great style and flair, while I lumbered through my part as the experienced “seasoned” social worker.

She wasn’t nominated for an Academy Award and didn’t give a damn about her looks. Her body looked like a skeleton with a layer of skin painted on with a thick brush. A blue and green scarf covered her almond-shaped, balding head. Her eyes sparkled like diamonds and her smile hung in the air like the Cheshire cat. 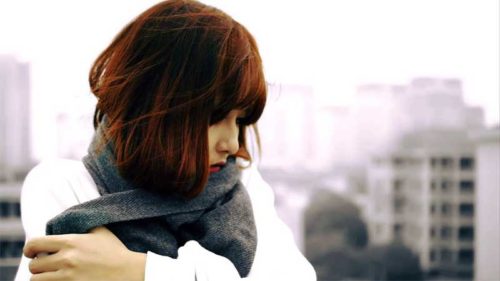 She had a warmth and graciousness that the worst ravages of metastatic breast cancer could not hide. Entering her small, low-income apartment by the sea, felt like entering a sanctuary or coming home for the holidays.

Her one-woman play about a terminal disease had about a two-year run.

She talked openly about dying, but more about living. She wasn’t afraid of death, but she loved life. She loved her mother, her boyfriend, her family, and friends. She loved music, art, beauty and nature. She was thirty-eight years old and she wanted to live until she was an old woman with grandchildren. She kept waiting for a new treatment, another remission, some kind of hope or miracle. It almost came twice.

An experimental trial with a new drug regime was supposed to be available through her HMO but kept getting put off, then delayed, eventually fizzling away into the land of false promises. Then came the dream of a cure with Angiostatin and similar therapies, which exploded across the media and public airwaves as “extremely hopeful cures for cancer tumors.” Again she was told of some local trials and assured that she was eligible to participate, but this too seemed to fade into oblivion as time slipped by, leaving her to use whatever means she had at her disposal – blood transfusions, medications, hospitalization, intravenous therapy, diet, herbs, detoxification, prayer, meditation, visualization – she tried it all, but the cancer kept chipping away.

She went to the hospital for one final assault, then returned home. It was a glorious Indian Summer when I saw her for the last time. I knocked on her weathered door, heard her call out “Come in.” and entered her tiny sunlit living room, which was also her bedroom, library and dining area.

Moving towards the head of her hospital bed, I saw that she’d been through the ringer and was losing ground fast. Her face was black, blue and yellow as if she’d just been in a bar room brawl. Her skin was almost translucent, stretched over her frame like a sheet of white plastic. Her arms were as thin as straws and she struggled to breathe deeply. In spite of her frailty and obvious diminishing returns, her eyes still danced and she spoke vibrantly about life and healing.

“I hope my life made a difference,” she said softly.

“You know it has,” I reassured. “You’ve given such love.”

“Yes, I guess so,” she said and touched my cheek gently with her fingers. “That’s been the best part.”

“What’s next?” I asked tentatively, wondering what she planned to do with her remaining days.

She turned away, looked out her large window and watched a mother and daughter lean against the cliff side railing, their hair blowing in the wind, the child laughing, screaming with delight. Without changing position, she replied, “I don’t know. What do you think?”

Part of me wanted to run. My many years of listening and learning how to be present seemed to slip out the door. “I don’t know,” I said lamely. “Part of me doesn’t want to believe this day has come.” I followed her gaze, not really focusing on anything. My hopeless grasping continued. “I don’t want you to die.”

“Nice thought,” she smiled, “but just a wee bit unrealistic.” She rolled her eyes and grinned with amusement.

“I don’t have any choice,” she said without hesitation.

“I know we don’t always have a choice over what happens to us,” I blundered along, “but we have a choice in how we respond to what happens, don’t we? If I was in your position, I’d be screaming and yelling to my last breath.”

Without blinking, she reiterated, “Like I said, I don’t have a choice. This is who I am.”

Robin died two days later. She died like she lived, tenderly and peacefully. I, on the other hand, keep wailing away at the ravages of cancer, thinking I have more choices in life than are probable and hoping a cure for cancer is “just around the corner.”