Sitting in the darkness of the cab he sat behind a long line of cabs in front of the airport terminal and waited.  Directly across the wide street from him was a green Jaguar sedan.

Three men sat in the Jag.  The two in the front seat were goons who worked for Jesus Garcia.  Just foot soldiers.  Muscle.  Unimportant.   In the back seat sat Garcia.  And from the sound of it, Garcia was nervous.  In the microphones he could hear the henchman drumming fingers nervously on the leather seat and humming to himself.

In the darkness of the cab a grim, cruel slit of a smile pulled the man’s lips back in pleasure.  Five minutes earlier, while standing out in the light rain, leaning against his cab and smoking a cigarette, he flipped the cigarette to one side and crossed the busy street to buy himself a big cup of steaming hot coffee and a fresh donut from a small outdoor kiosk.  As he walked past the back of the Jag he paused, bent down to tie his shoe, and eyed the rear bumper of the car. No one paid him any attention.  But as he tied his shoe he slipped the high intensity receiver underneath the rear bumper of the car.  Now he was hearing the three men inside as clearly as if they were sitting in his cab. 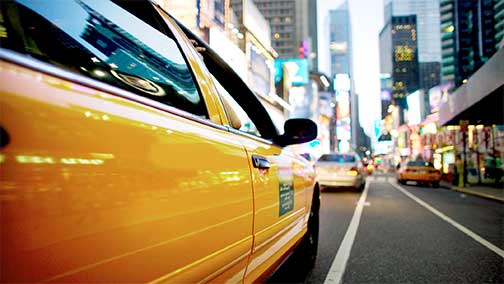 “Boss that’s him,” one of the goons said in a surprising soft voice. “Over there.  The guy in the tan raincoat and fedora.  That’s Grundy.”

“Records?  Ah.  This is Doctor Amar Maranaja at the morgue.  I need all the records you have of a deceased police officer named John Urban.  Especially any of his early records when he first became a detective.  Can you send that over to me as fast as possible?  Ah . . . I see.  Two days wait is unacceptable.  I tell you what.  I’ll send one of my lab techs over to Records.  He’ll sign for it and bring to me.  Is that acceptable?  Good.  Good.  Expect him about a half hour.  Thank you.”

The phone clicked dead just as a light in the hotel room clicked on.  Rolling out of bed, Taggert reached for his shirt he had neatly draped over the back of a chair.  After that he threw over his shoulder the holster and webbing of his 9 mm Smith & Wesson 925CP with the five inch barrel and took his time strapping the weapon’s webbing across his chest.  To finish up his attire he pulled off a hangar the long trench coat he had worn from the airport to the hotel.  Slipping it over the chromed steel of the Smith & Wesson he buttoned three buttons and then turned.

If the kid was the kid that’d been messing with Kirtland Barrows’ business . . . well . . . too bad, kid.  Barrows wanted your head.  Literately.  And Barrows was paying the bills.  With that in mind, the small man turned and walked to the package wrapped in plain brown wrapping paper setting on the table beside the room’s television.  Unwrapping it he opened the box and pulled out the long, heavy serrated chrome blade of a hunting knife. Brand new.  The satin chrome of the blade’s steel unmarked and waiting.  Waiting for the first taste of blood.  Examining the blade for a few seconds  he nodded, pulled out of the box a leather holster for it, slipped it in the leather, then dropped the weapon into an inside pocket of the trench coat.

Taggert’s phone call.  It had been Mario’s Gibbons’ voice talking.  Genuine Gibbons.  Hours and hours of editing to get the perfect recording.  It had to sound convincing.  Had to be flawless.  Glancing to his left he watched a yellow cab roll up in front of the hotel.  The compact frame of a man wearing a hat and a trench coat stepped out of the revolving glass doors of the hotel and quickly opened a rear door of the taxi and disappeared inside.

barbara burgess Jun 26, 2013 0
The romance and young adult (YA) markets are two of the most lucrative markets in the publishing industry today.
Writing