Chapter 3: Excerpts from Sculpting the Heart’s Poetry, Conversing with the Masters
Ekphrasis poetry like mine makes an excellent conversation between two pieces of art. I want to thank Picasso, Chagall, and all the other artists I partner with in my work. Most of us get a kind of emotional fuel from looking at the art of past. They kind of give us a foundation to build our dreams on. There is no such thing as writer’s block when we use others ideas to inspire us. Poetically speaking, I think most poets are like honey bees hungrily searching through a grand buffet of literature, film and/or art for that speck of pollen we can turn into honey: 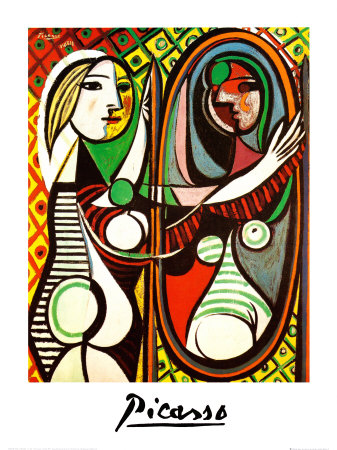 Pablo Picasso was was born in Spain, the son of a painter and teacher of art, he was astonishingly prolific moving on to Paris, As a theater designer, draftsman and sculptor, he was believed to be the greatest printmaker of the 20th Century, and at last, there was as much interest in his personal life as his art, his love of praise was insatiable, Despite all, his world was flat and his heart one-dimensional, he preferred ownership rather than loving, he owned a model, a dancer, a photographer, a journalist, and a ceramist, and a child of 17 not quite ripe, His Blue Period was 1901-1904 His Rose Period 1905-1907 His African influenced period 1908-1909 His Analytic Cubism period was 1909-1912 His Synthetic Cubism 1912-1919.

When he found himself old, twisted and torn, he paused for a rest at Madoura Pottery in 1953, where Picasso began molding clay, and a potter by the name of Jacqueline, whom he finally wed in 1961. when he was entertaining friends at dinner in 1973, with these last words, he pleaded, “Drink to me, drink to my health, you know I can’t drink any more.” He died. She shot herself in 1986, probably thinking of him.

Picasso’s Paintings Picasso’s abstract paintings fill my head with fascinating narratives, he ran the females in his pack with wounds, he should have felt and dealt with when he was young, but then painted them with feelings of mastery and omnipotence, his favorite model was a pretty ballerina named Olga, his girl in the mirror, I hear her begging to be space between Picasso’s ears, I can see her elongated limbs and bulging breasts reaching out for him, pride guides his hands around her 22 inch waist, I see him loving his women separately but tasting them all as one, turning his backside to each after a cataclysmic orgasm, he painted torn pieces of himself in blues, reds and yellows. 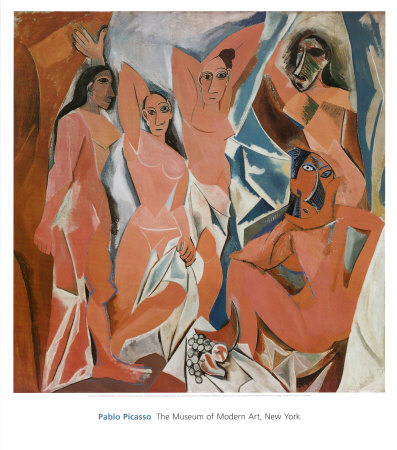 Girl Playing the Tambourine Bazooka, I see Picasso’s done it again, painting Olga dancing and playing the Tambourine, a collage of many sensual parts, a mystery to explore, she’s dancing to an unheard melody in Picasso’s head, it’s magical getting to know her in a cubic sense, even though she looks kind of odd to us, Picasso thinks she’s perfectly mapped, a massive tragedy of parts, recalling them with an insanity he never-ever sought, He could do nothing more or less, then to reconstruct his women as he knew best.

Les Demoiselles Picasso gathered five sisters of prostitution into a collage of strategic cubes of memento mori, the death rattle of jilted lovers, painting them as savages, with angular and disjointed bodies, some hiding behind masks, while his hand-eye coordination painted them all into the future with ambiguous affection. 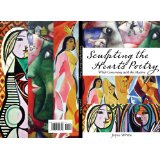 Picasso’s Women I caught the glimpse and gleam of Picasso’s women…in my mirror, each Invading my soul with curiosity, sadness and fear, all of us like stubborn toddlers, sitting in highchairs, waiting to be fed life, a little excited, a little not, we travelled with dark glasses of misconception and misery, our faces wet with sweat and tears, our egos plump, each of us moving from one world to another, our hands cutting the air into magic masks of unforeseen circumstances we hide behind, each of us craving and loathing the pain of the perpetual wounds of living and loving.

For I am Troubled in my Sleep and Cannot Rest

His Lips Were Smiling – Excerpt

Psychology of Love: Marriage and Sex – Excerpts 4 and 5