The Color of Fear

The Color of Fear: “Your mother’s been murdered!” The woman who gave you birth and taught you the meaning of love, care, and family is dead. Her life intentionally ended because of another man.

This was the cold reality, Mr. Lee, his father, grandparents, and siblings had to face in 1985. Feelings of fear, anger, rage, and revenge soon replaced the numbed existence of shock. Instead of letting these intense, understandable reactions control his life, Mr. Lee searched for answers. 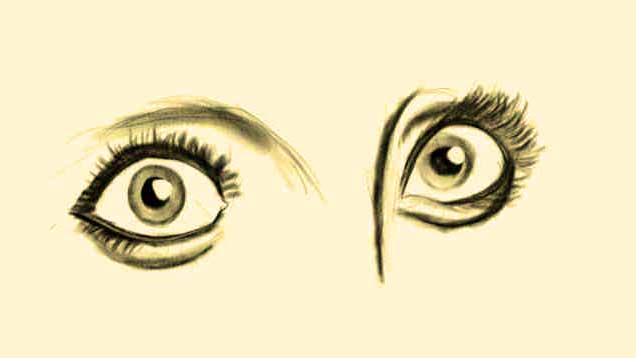 He began to reach out, to confront and explore the ingrained, unconscious attitudes that lead to hate and violence, and discovered a way to shift the imbalances of power, heal the wounds and open our hearts.

As a seminar leader, speaker, and filmmaker, Mr. Lee’s work has been highly visible, effective, and utilized throughout the nation. His first film Stolen Ground, about racism towards Asian-Americans, won special merit at the San Francisco International Film Festival. His second video, of a weekend encounter group for men, The Color of Fear, won the 1995 National Education Media Award for best social studies documentary and has been used in thousands of organizations and businesses to deal with and discuss prejudice, bias, and race. Mr. Lee’s current project, Walking Each Other Home, provides both an example and a means for Americans to understand, accept and support our honest differences and realities while honoring the unique, compassionate spirit within us all.

LEE MUN WAH:
I was born in Oakland, California at a time when people were living in mixed neighborhoods. I had a real glimpse of what a community could look like with all different ethnicities. My parents were very poor, though as a child I didn’t know that. Some of the distinct things I remember were that there were very few Asians in my classes and very few or almost no Asian-American or African-American teachers. When I noticed this consciously it became a real loss.

I was born into a very alive, dynamic family. I always thought that all Chinese families were like this. It wasn’t until later that I realized my father was a very unique man who really believed in going out in the world and creating what you wanted. He influenced me greatly in that way. My mother was very warm and personable; very intimate and in that way created my sense of family, of being close to people.

A lot of these life experiences prepared me, without my knowing, for the type of work I do now when I talk about the country having a national relationship. It’s about how a family treats each other. I don’t think it’s just a sense of family, it’s also part of our Asian, Chinese culture . . . that we’re there for one other . . . that we respect and honor each other’s needs . . . the warmth, security and safety of a family . . . being upfront and honest . . . trying to be a good person in the world and with those you meet. A number of people have that in their culture as well, but I don’t think many have made the connection of family into a larger community, from a global or workplace perspective and I think that is the missing link.

The American thing is often, “Me, me, me!” Business is first and task-oriented and not loyal to workers. When business is down or they’re “restructuring” and they lay you off, they’re actually saying, “You are no longer needed, the company is more important.” It isn’t about taking care of the people who work for you but about having them compete with each other. I don’t run my family or workplace that way. And when I go out into the world that’s something I work for, to change that paradigm.

I don’t think you can legislate an end to racism. You have to have a change of heart. That’s why I talk about a relationship. It’s the only real connection we have. Often, we don’t act until there’s a crisis. What we need to realize is that the crisis is happening every single day and there’s always something you can do to address it.

We’ve never understood the culture in this country. We think it’s the food, the costume, or the holiday, but we don’t touch what it really means to us in a spiritual, emotional, ancestral way. When the American Indian tells us that it’s not enough to pass the sage around the room but to really understand where that comes from. To understand the relationships and the way we treat each other; that it’s really expressed in our movements, in what we don’t say, the way we hold each other, the way we wait for and acknowledge one other.

We don’t take the time to really look, to really experience. Americans want everything fast . . tangible. The American Indian is right when they say, “You want my customs, my rituals and my land, but you don’t want me.” What we do is we use people and cultures. We use them when it’s convenient, for a service, for artifacts. Rarely do we take the time to understand how we relate to each other.

We don’t look into the realm of what we don’t know. I think that’s the part I’m talking about. When I do workshops I have people look around the room, listen to silence; listen to what’s not being said, to bodies that are talking all the time. We usually don’t listen to the nonverbal, to the energy in a room, to the impact of our ancestors that have brought us to this place. We are very present and future-oriented but don’t pay enough homage or respect to the past. When are we open to learning from other cultures . . . to integrate values from other cultures? When companies say they’re multi-cultural or multi-racial I ask them to name one cultural factor they’ve integrated, that they see as practical, as useful, that they use every single day.

The turning point for me (after my mother was murdered) was when I wrote a play in which I acted out facing my Mom’s murderer. It also helped to look at the context from where it came. I tried to find and talk to the man who killed my mother, to no avail. On the day we finished The Color of Fear he was sentenced to life in prison. He’d killed four or five other women in addition to my Mom. Before that I had continued trying to contact his family. It turns out that some of his relatives lived in a home we’d been renting. It was really shocking. I talked to the woman who lived there and she said a cousin of hers had killed someone as well. When she went to his trial she had to leave because all she could see was “The little boy I’d grown up with”. She told me, “You may never know why he did it.”

Had my mother not been murdered, I’d never had made the film (The Color of Fear). I began to really see and sense that perhaps there was a meaning to this. It serves my healing and in many ways, it’s healing for this country as well, because surely if I can go through this then others can open their hearts and have compassion as well. I’m not so sure hatred or guns or bars do any good . . . it only makes fear larger. Fear is not something you can protect yourself from, you have to walk through it.

Excerpt from Don’t Just Sit There, Do Something! Grief’s Wake Up Call.

Reality Shows Can Be Dangerous