Christian Lindgren has lost that which he holds most dear, his daughter. In a haunting dream she comes to him and shows him where she is. He can not rest until he can get help to find her.

When a search is mounted on a foggy day she is found in a shallow grave just as his dream predicted. But what exactly occurred? Bergin Halverson takes up the task of searching for the truth of what happened the night Miss Lindgren disappeared putting himself and his family in peril until at last, nearly thirty-five years later he is able to reveal that truth and put to rest the many ghosts that have haunted him over the years.

Prologue
Bergin Halverson gazed at the diamond ring the sheriff had placed on the desk. He did not reach to touch it or pick it up. In the stillness, a flood of memories swept over him. Memories he had tried so hard to leave behind in the hidden places of his past.

He sighed as he ran his hand across his forehead and down over his eyes, pausing at his mouth as if it could keep him silent a little longer. 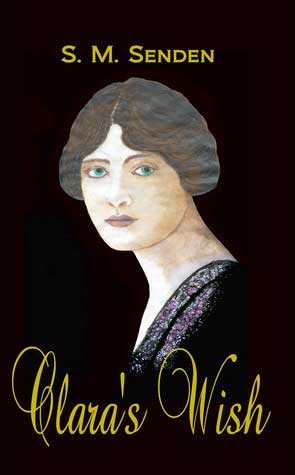 “If you can tell us anything about the diamond ring, and who it belonged to, you could help us solve this case.” The sheriff shifted uneasily in his chair as he waited for the older man to reply. Silence settled uneasily about them as the dust motes drifted lazily through the bright shaft of sunlight that streamed in through the window. “It’s not every day that someone unearths a skeleton on your property, Mr. Halverson.”

“No, not an everyday occurrence,” Bergin Halverson said in a hushed tone. He wasn’t sure he wanted to bring all those memories back again. He had lived with the fear and the pain for all these years now, and it had taken some time for there to be only a dull ache instead of a sharp pain when some memory would surface unbidden into his conscious mind.

Bergin sighed and shook his head. He didn’t want to remember. They had all been so young then, such fools, especially his brother; his selfish, irresponsible brother. He winced as the pain of memory grabbed at him.

“Mr. Halverson, are you all right? Can I get you something?” The sheriff sat forward in his chair.

“No, no, I’m fine.” He put out his hand and moved it like he was brushing the air away from his face on a hot day. “Just an old ghost from the past—one that I would prefer to leave slumbering.”

“I do wish you would tell me at least some of what you know about this. Because if I am any good at my job, and I believe that I am, I have a hunch that you not only know who this is, but how they ended up in that shallow grave.”

“I didn’t kill anyone, sheriff.” He shut his eyes tightly as he shook his head. Flashes of memory still came even with his eyes shut tightly against them.

“Okay, I will accept that for the moment.” He pulled at his lower lip as he thought about what Mr. Halverson had said. “I would bet that you know a hell of a lot about what all happened back then. I want you to tell me what you know.”

“That’s not so easily done.” A faint smile touched his lips and he looked into the sheriff’s eyes for a moment; his gaze was slowly drawn back to the ring, then he looked away again. “It was so long ago when you count the days and years and yet . . . time is a funny thing, it plays with us . . .” his words drifted into silence as he reached out to pick up the diamond ring.

It was weighty in his hand. The ring was a heavy gold band with three perfect blue-white diamonds set into it, four karats in total. It had been designed by a man named Cartier. He held it so the light flashed across the surface of the stones.

It was a ring he remembered well and hated the associations that went with it. He closed his eyes, but scenes from his past flickered through the darkness like visages from an aged, silent film.

The ring had been unearthed with a skeleton discovered in a shallow grave in a stand of oak trees on an unused piece of his land near the ruins of an old house. The skeletal remains were being analyzed by the coroner and the anthropology professor from the university. There had been a few other things that had been found with the bones that placed the burial somewhere around 1925.

Mr. Halverson opened his eyes and looked at the sheriff for a moment, then looked down at the ring again before he began to speak.

“I guess I do know most of the story. Over the years, bits and pieces have come to light, not because I was seeking them, but they came to me nonetheless. So much that I would have liked to forget.” He shook his head gently.

“Help me out here, Mr. Halverson,” the Sheriff stated it more as a command than a request.

“It is a story that has taken nearly thirty-five years to come to this point, and since that time there were so many secrets kept by those of us who went on living. So many things that no one talked about, questions no one asked. No one dared, maybe we didn’t really want to know the answers. Maybe no one really wanted the truth back then,” Bergin said to the sheriff, meeting his gaze.

“I want the truth now. I am asking for the answers and I will get them one way or another.” The sheriff held Bergin Halverson’s gaze.

“Yes, I am sure you will. Eventually the truth does make its way through, no matter how deeply we try to bury it or hide it from sight,” his words again drifted into silence. The eight-day clock on the wall ticking away the minutes was the only sound until Halverson began to speak again. “It has taken me all these years to lay to rest those memories of what happened, and now, you want me to remember it all again.”

“I don’t expect it will be easy for you, but as sheriff of the county, I have a job to do and I have to get some answers. I believe this person was murdered, and the body hidden in that grave.” He raised his eyebrows, pressing the matter. “Do you know who it is in that grave?”

Bergin fought back the tears that threatened to fill his eyes.

Dust motes danced in the shaft of light, the clock on the wall ticked away the seconds, from the street the sound of an occasional car, and far off the plaintive sound of a train whistle as it came into town.

“The person in that grave was someone that I . . .” Bergin Halverson let his words drift off into silence, shrouded in painful memory. Bergin looked again into the light playing in the facets of the ring casting a shower of little rainbows about the room. He looked deeper into the stone. On one of the polished surfaces, he saw a fragment of his own reflection. He looked into his own eye as it looked back at him from the depths of the diamond’s clarity.

“Maybe if I finally let go of the secrets I have been holding all these years, maybe then I can at last be free of the ghosts that haunt me,” Mr. Halverson sighed from the depths of his being, speaking more to himself than to the sheriff.

The sheriff said nothing, allowing Bergin to compose himself. He had seen the struggle on the man’s face as he battled with his inner demons. He knew that this time the man would begin to relate to him the events of the past.

The radiator began to hiss as the steam rose in the lines, air hammers pounded and clanked in the iron pipes. The room began to warm against the chill that had settled in about them.

Mr. Halverson placed the ring gently back on the desk.

The sheriff sat and bided his time.

At last, Bergin Halverson began to relate his tale; his voice had a soft, far away quality to it as someone sorting through a lifetime of recollections, brushing away the thick cobwebs that clung to old memories.

“I believe it all began with a wish whispered from the heart of a beautiful but lonely woman. The old adage tells us to be careful what we wish for,” Bergin sighed again, closing his eyes, struggling with the shadows of his past. He could see them all again coming to life in his mind’s eye. “She got her wish, in a way.” He opened his eyes and looked out the window at nothing in particular.

“Who was that Mr. Halverson?”

“Clara,” he smiled, seeing her again, a young and beautiful woman of twenty-three. He, of course, was only nineteen back then. “Clara Lindgren.” Bergin said her name almost as if it were a caress.

S. M. Senden was raised in Winnetka , a north shore suburb of Chicago . From an early age reading and writing were passions as was travel. Senden has studied, lived and worked in the USA , Europe, the Mid-East and Africa , spending a number of years as an archaeological illustrator for various expeditions. S. M. Senden earned a Masters Degree and has studied creative writing, play writing and screenwriting.

A short story, Christopher’s Egg was accepted for the anthology Change is in the Wind published by Second Wind. Senden has published various other short stories and articles.

S. M. Senden currently resides in the greater Omaha metro area and is working on another historical mystery Under the Anheuser Bush, as well as a modern day series involving forensic artist, Dr. Kate Ashton.

Craig Murray Aug 7, 2013 6
Poetry Recital Have I Mentioned Before I Am Afraid Of Bongos? Have I mentioned before that I am afraid of…
Book Review