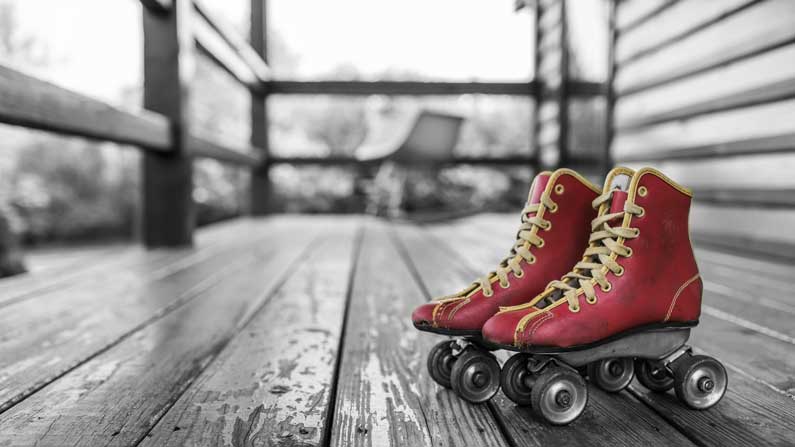 Sweet As Sugar, Bitter As Poison

Picking a college wasn’t turning out to be as easy as Reece had hoped. The school he wanted to attend was out of state and hadn’t made him any kind of offer yet. His coach had written letters of recommendation. His grades were good, a game film highlighting his plays were in the hands of several recruiters, plus services that assisted students and parents were working on his behalf, but the waiting part was no fun.

His parents wanted him to stay in Texas but agreed not to stand in his way if a school he liked came knocking. Reece wanted two things. 1) To attend a D1 school. And 2) Accept an offer out of state. Truthfully he hadn’t thought too much about Payton or what she thought. There were 347 D1 Schools that he was aware of scattered across 49 different states. Some colleges were smaller private schools, some larger universities, but the odds of Reece receiving a full scholarship were excellent.

Coach had said a full ride was more than a realistic possibility; it was a probability, especially riding on his brother’s reputation. Reece idolized his brother and wanted to follow in his footsteps, not easy to do, but he never once felt jealous or envious of his brother’s success. Coach always bragged about Royce and Reece. Proud to have coached them both in their high school years.

“Just like Royce, son. You are capable of playing for a D1 program.” Coach Duncan would say. “You know, those programs can generate millions of dollars in revenue annually for the schools. And like your brother, you could handle the pressure of performing and the expectations of winning.”

Reece believed Coach and worked hard at proving him right. Payton cringed when Reece talked about the schools he wanted to attend because she knew it meant the inevitable, he’d be leaving. His get so excited. His eyes would light up and he’d get animated when he talked. She was happy for him but sad for herself.

Despite the heaviness she felt weighing on her heart and in her head because she missed him already, she tried her best to encourage him. He called her to tell her about an email Coach had received asking about his eligibility. He could tell she was down by how quiet she got on the other end of the phone. Now he knew why he hated to call. Rather send her a text than talk.

“You know we’ll stay in touch every day and hang out when I come home.”

“Well yeah,” she replied kinda shocked he had to state it. Surely that was understood. Wasn’t it?

“Just checking. You sound down or something.”

Payton shook her head and then realized she needed to answer. He couldn’t see her through the phone.

“I’m almost there. Are you ready?”

Reece’s truck had a console divider in the front seat. But every time Payton climbed in, he raised it up so she could sit next to him. He’d crank the Aux and she’d lay her hand on his leg unless he was holding hers in his. She loved Friday nights, even more than Saturday’s. It was the excitement of spending real time with him after being in school all week. This night they were going to the movies with Reece’s friends. Aubrey didn’t have a date and even though she could have joined them, she opted out. Payton didn’t mind. All of her attention was on Reece anyway.

“You smell good,” Reece said as soon as Payton climbed into the truck and turned to give him their customary kiss hello.

She knew the perfume she’d sprayed all over her clothes and neck was his favorite perfume, smiled coyly, and kissed him again.

Reese shook his head. “Right! I didn’t ask. He said he might bring some girl. I don’t care who.” He took a sip of coke. “But I think her name begins with an S. Samantha, Sophia, or Sophie, something like that. Chase is coming as well but I doubt he’ll bring anyone; no one will date that loser.”

Trevor was leaning on his car with a pretty girl standing next to him. She was tall, slim and blond. Payton didn’t recall seeing her before but gave her a quick once over as they walked toward the truck.

“This is Stacey,” Trevor announced as they climbed into the back.

“Hi, Stacey, nice to meet you.” Payton made the introductions for everyone.

Reece looked at Trevor as the girl climbed into the truck and gave him a nod of approval. How did Trevor score a date with that? Trevor looked as if he hadn’t quite figured it out either; because he seemed to know exactly what Reece meant as he grinned too big, shrugged his shoulders, and threw up his hands. No complaints from him. They had met during one of his classes. She was a transfer. Totally used to rejection, Trevor was bold enough to ask her to go out with them that night. Shockingly she said yes, and here they were. She was undeniably hot and he wasn’t, weird.

“You never know if you don’t ask bro,” Trevor muttered as he patted Reece on the back.

Payton leaned over the back of the seat and spoke to the girl. “You’ll get used to it. They talk to each other as if we’re not here, and they do a lot of things in groups.” She laughed out loud. “They say girls are bad about doing everything together. OMG! These guys. Stick around, you’ll see.”

Trevor grabbed Stacey’s hand, not sure if he’d actually see her again after that evening, but she didn’t seem to mind. There were more of Reece’s friends waiting for them at the movies than they expected. Doug, Shane, Tristan, and Lisa. Additional introductions were made, tickets bought and seats found. Sci-fi, not her thing, Payton was just glad to be there. The boys enjoyed it though; she knew that because they were relatively quiet throughout the entire showing. Unusual.

“Where too?” Payton asked as the credits rolled.

Reece nodded, turned up the music, slipped his hand into Payton’s and they took off. Trevor was right. Trucks, cars, and kids were everywhere. There was no telling how long they had until someone called it in, but they were there now. The typical classic red cups found at every teen get together were being passed around. Beer being drank by most, but others were slamming liquor by kids that could get their hands on it. Funny, they had to mix it with whatever they could find to kill the taste.

Didn’t make sense that they drank it in the first place, they didn’t even like it. Some of the kids pretended to drink it. Peer pressure. Payton was one of those kids. Held onto the cup, pretended to sip it, but despite how she tried to disguise the taste it didn’t appeal to her pallet. Fake ids’ were something that kids seemed to have easy access too, Payton was dying to look into that, but hadn’t quite been brave enough.

Reece didn’t need one. If he needed anything, Royce took care of him. It was common knowledge, teens are able to get their hands on just about anything they wanted or needed these days if the price was right.

Someone always seemed to know someone or whom to ask. At these things, vodka often was the liquor of choice. It floated around because it looked like water, was in most houses, and was easily mixed with soda, juice, or just about anything else. Kids on booze, not only illegal, lethal.

The teens had no idea how stupid they acted, not cool, at these things. Payton was an observer and Reece for the most part, was too, unless he was planted somewhere for the night and even then he didn’t usually overdo. He knew the consequences of how much he had to lose. Drilled in his head by his brother and his dad.

One stupid mistake, like drinking and driving or minor in possession, could ruin everything he’d worked so hard for and what he wanted in the future. But he didn’t mind enjoying the scene with his friends and usually he could have fun no matter what, especially with his girl by his side. Handed a beer, Reece shook his head and pointed to his truck.

“Dude I’ve got a full truck tonight.” Plus he knew his dad would kill him if he came home with beer on his breath.

“Babe you can have it,” he said taking the cup and handing it to Payton.

She wanted to shake her head and decline as well, but against her better judgment she held out her hand. As if reading her mind, Reece pulled her toward him.

He put his arms around her waist and leaned forward to kiss the back of her neck. She turned around to face him and he pulled her even closer, kissing her with an intensity that filled her stomach with butterflies. She kissed him back just as hard. As he pulled away from her, he whispered something so softly she wasn’t quite sure what she’d heard. Were they the words? That’s what they sounded like; surely she hadn’t missed the words? Tugging at his sleeve she asked him to repeat what he had said.

“You heard me,” he countered with a muffled voice so no one else would hear him.

“No really. What did you say?”

“I love ya, babe,” he whispered again, kinda bashfully the second time. He kissed her on the cheek and turned back toward his friends, joining their conversation as usual.

The Philosophy of Creative Writing 4