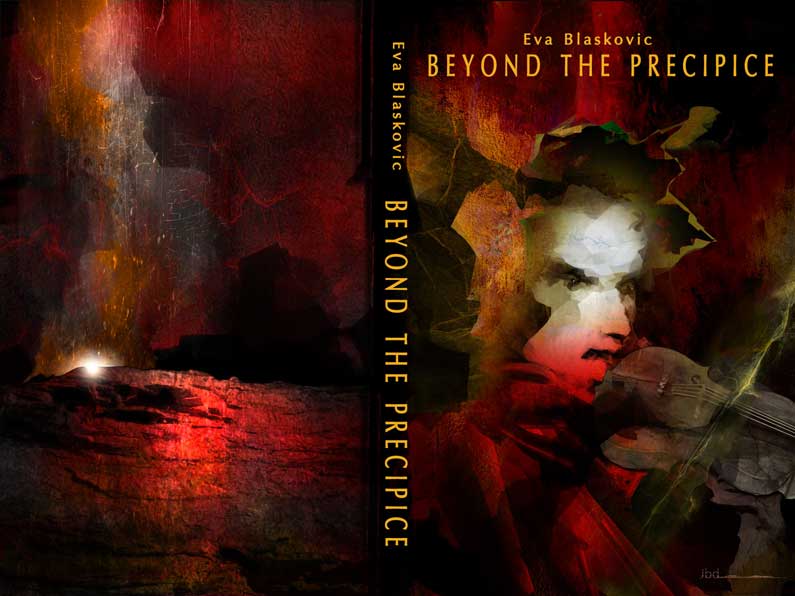 Death. Blackmail. Guilt. At the precipice lies certain doom – or his salvation, if he chooses wisely. Ensnared by guilt, Bret cannot resolve his grief over his father’s death and his own role in the accident until he shifts his perspective. The truth his mother needs to know, the power his brother holds over him, and the man their father really was are the sources Bret must tap to earn his freedom.

“Music gives a soul to the universe, wings to the mind, flight to the imagination,
and life to everything.”–Plato

In the hallway of the university music building that afternoon, he followed the lone cello, a ribbon of sound that compelled him forth as his eyes still adjusted from the brightness outside. He had no business wandering around by the practice rooms after first-year registration—especially now that he’d fulfilled his promise. It was done. The course of his future was set, his father’s last wishes honored.

Except the cello resonated in his heart, drowning out the hunger rumbling in his stomach. It was Beethoven’s 9th, after all—”Ode to Joy“—something that simply could not be ignored.

His cell phone bleeped with an incoming text. “Where are you?”

“Still on campus. Be back soon,” he typed back to Scott, sent it, and pocketed the phone. It wouldn’t have been so annoying having his roommate check up on him if his brother, Drake, wasn’t doing it all the time.

Stepping into the rectangle of sunlight that cast into the hallway, he saw the girl. She drew her bow across the cello, eyes on sheet music, face stern, jaw set, fingers working the vibrato. Her body leaned into note after note—until she noticed him.

The eyes, green as jade, flicked up for the briefest moment, and she frowned. Her fingers fumbled and she shook her head, finally addressing him with an edge in her voice. “Hi. Coming in to practice?”

“What instrument do you need?” she went on.

He walked up to a violin case that lay flipped open on a chair beside her. “Can I play this?”

“Sure. It’s the Faculty’s. You can play it until Elise gets back.”

He ran his finger across the strings. It was mostly in tune. Dropping his backpack on the floor with a thud, he took out the violin and finished tuning it.

“Beethoven?” he said, casting a sideways glance at her.

“Sure.” She positioned her bow. “Want the notes?”

She raised an eyebrow at him. “Okay…”

He stood with the violin on his shoulder, bow at the ready. She began the cello segment, bow flowing like silk, and he came in, taking over the melody; smoothly, fluidly gliding with her counter-melody until the crescendo gave way to crisp, powerful downbows and retakes, the instrument an extension of himself, moving effortlessly through the medium of musical harmony.

Now that—that was Beethoven! So much better than when he played it alone.

“Hmm,” she said afterward, her lips working into a hint of a smile. “You put a lot of feeling into your playing.”

Even as something in his chest fluttered, a chill clenched his lower spine.

“How many years of music do you have?” she asked.

“What do you mean you don’t know? What programs did you take?”

She squinted at him. “Really? So how’d you get into this program?”

“Oh.” She looked down at her cello, her finger tracing its form. “What are you going to do with it? Go into Med School or something?”

She shuffled her music, shaking long bangs clear of her eyes.

“I’m going to try to get into the Calgary Philharmonic.”

“So why are you in Science if you don’t know what you want to do with it?”

“That doesn’t make a lot of sense to me. Ever thought of switching to Music?”

Her stern look shared none of his amusement. “Then why don’t you?”

Turning to face her straight on, he braced his arm on the seat’s backrest. “Because it’s not that simple.”

Her eyes locked with his for a moment, then were drawn away as an Asian girl entered, her obsidian hair glistening all the way to her waist. 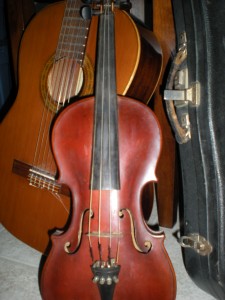 He stood, holding the violin out by the neck. “Yours?”

Elise reached for it. “Thank you.”

“I was just on my way out.” He flipped his backpack over his left shoulder and started toward the door.

“Do you have a name?” the cello girl said.

“Bret. It’s Bret.” He gestured a greeting to both of them.

He gave the slightest nod and stepped out, continuing onward until he was out of the building. He’d just forget he was ever there. It never happened.

Except that every time he blinked, he saw green eyes focused on cello strings whose notes he still heard in his head, mingling with the sound of a violin.

The progression of cars with their hazard lights flashing stopped traffic on Whyte Avenue. He looked past the hearse, forcing his quickened breath back into a steady rhythm as he did during a run. At the corner, he turned away, instead of taking the next street over through an old residential neighborhood, where some of Edmonton’s tallest trees locked branches in an arch overhead. Lone yellow leaves, blinking as they swayed in the breeze, warned of the approaching fall like lighthouses tracing a perilous shore.

His father had worried too much. If only he could have seen this day. Bret kicked a stone into the grass.

At the apartment, Scott looked rather scholarly in a button-up shirt and his steel-rimmed glasses. “So? How was registration?”

“Fine.” He filled the espresso maker with water and finely ground coffee. He still couldn’t believe his mother had let him take her beloved machine.

“Really?” Scott said, studying him. “I can see you chickened out. Serves you right. You’ll live to regret it.”

“I’d regret it either way.”

Information about Beyond the Precipice and purchase links can be found at www.evablaskovic.com
Custom artwork by Allison Paige.