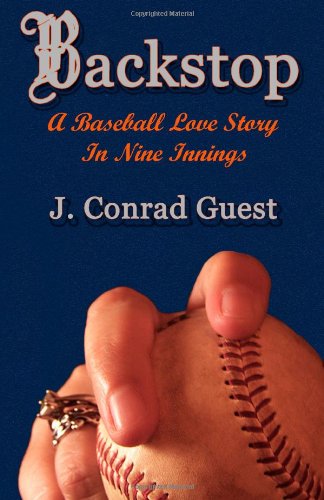 You cheer me when I deliver—and I boast my share of late-inning theatrics—and boo me when I don’t. The sportswriters in this town have called for me to be traded nearly as often as they come to me for a colorful quote in the aftermath of a tough loss or in the afterglow of a hard-fought win.

I don’t think of myself as outspoken, but I say what’s on my mind; sometimes, when something I say makes it into the morning edition, they somehow manage to make me sound erudite. Most of the time I find it amusing. I learned long ago not to pay attention to what the press writes or says about me, for good or bad.

This game is filled with ups and downs—no other career or avocation, save for maybe your local television weatherman, forgives failure three out of four times in exchange for that one in four accomplishment in starting or extending a rally, or driving in the winning run—and I’m hard enough on myself without trying to please a prejudiced press or fickle fans.

War is hell. I don’t speak from personal experience, but I imagine when the bullets start to fly and the bombs drop, no kid in a trench fights for his country.

Thoughts of honor, glory, and duty are replaced by the survival instinct. Baseball is like that, not in the sense that we lay our lives on the line, but we’re a close-knit fraternity, a pretty exclusive membership. We’re driven to excel the result of competition—not only against the opposition but also with our teammates.

I can strike out with a runner in scoring position, but when the next hitter goes out and brings the runner home I’m all grins. That’s part of the beauty of baseball—that a teammate lifts you up when you fall short. Next time it’ll be my turn.

Yogi Berra said that baseball is 90 percent mental and the other half is physical. As a catcher, I love getting inside the heads of unsuspecting batters, especially the young ones. I think nothing of telling a batter a fastball is on the way and then calling for it. Always amazes me the number of batters who can’t catch up to it even when I tell them it’s coming.

One rookie was so frustrated he turned around to question my ancestry and then asked me why I’d told him I was calling for a fastball. I only laughed and said, “Did it do you any good?” His next trip to the plate I told him to look for the change and he was so far out in front looking for the heat I nearly fell over laughing. I got so far inside that kid’s head he went oh-fer the weekend. And the Splendid Splinter called pitchers the dumbest sons of bitches he ever saw.

That baseball is a humbling game is an understatement. The mental part of the game comes in letting go of my last at-bat, whether I struck out or hit a home run. Step into the box thinking mechanics—keep my head down and my hands back—or about my previous at-bat and chances are I’ll head back to the dugout in short order.

I work on mechanics during batting practice, and I do my thinking in the dugout, watching what the pitcher throws under certain circumstances; I think about the situation, how many outs, runners on, while I’m on deck. But once I step in to face the pitcher and I note the defensive alignment, which can tip me off on how they plan to pitch to me, I look for the pitch I want to hit and trust that my mechanics are sound.

Of course, that can change should I fall behind in the count and I have to shorten my swing to protect the plate as the pitcher expands the strike zone, but the onus is on the pitcher to make me swing at the pitch he wants to throw. Focus on anything other than the pitch I want to hit and more than likely I’ll record an out.

I spent a year in the minors; I hit well enough, for average and with above-average power, and caught well and threw out enough runners to earn a good look the following year at spring training. I was fortunate that I had a good preseason, so the team took me north. I worked my ass off to stay in the majors. I might not have Hall of Fame numbers, but I’ve rarely been cheated at the plate.

Sure I’ve had my share of oh-fers, but I’ve also accumulated some three-for-fours and four-for-fours along the way, too, and five Gold Gloves to boot. I was voted to the All Star team six times during my prime. I haven’t won a World Series, but this could be the year as I get ready to take the field at home in game seven of the Fall Classic. I’m proud of my career.

I’ve played the game the way it was meant to be played, with adolescent joy, and have been paid well for playing this kid’s game I love so much. I’ve put up numbers good enough to have played my entire career for the same team, a rarity in this modern era, and I’m thankful each and every day I take the field, which isn’t as often as it once was, even with the Designated Hitter rule.

A resident of Northville, J. Conrad Guest is the author of January’s Paradigm, first published in 1998 by Minerva Press. His short fiction, non-fiction, and sports writing can be found on a number of Web sites and in print publications.