Excerpt: The Ghost of Whispering Willow

They watched the monitor as Stewart gathered and reset the equipment. They could tell from the video that it was just as Stewart had described, eerily still. The willow branches weren’t moving in the typical sweeping to and fro manner that they usually did when there was a breeze. They watched as Stewart stopped and looked all around him. They could tell he was uploading information from the equipment, but he kept stopping and looking around his surroundings, as if something wasn’t quite right. They could see that Stewart was very uncomfortable with something, though they could tell that he didn’t know what. Stewart was rushing about and was obviously very nervous, and Andy made note of that fact several times in the log. Stewart was mopping his brow and nose as the sweat poured off of him, profusely at one point. Andy noted this in the log as bizarre and circled it, since the temperatures had been relatively mild that evening. The sweat was definitely an indication of an increased heart rate likely due to fear, which Andy also logged and circled. 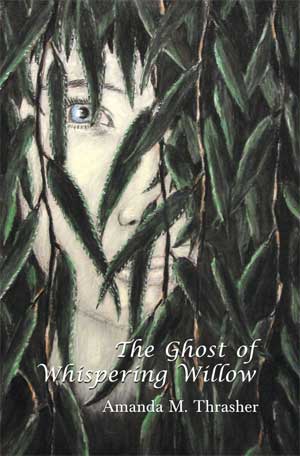 “Again, Stewart, back it up again,” Andy said, stunned at what he had just seen. “I’m pretty sure I know what I saw, but I would like to confirm that, if you know what I mean!”

“Whoa, give me a minute,” Stewart said, as he turned white as a sheet. “I’m trying to take it all in, if you know what I mean. Play in slow motion again, please,” he said, handing Andy the remote. “Look where I’m pointing; it’s like a really dark shadow, but it’s moving toward me right there on the frame. See it?” Stewart asked. He felt shaky and hoped it wasn’t noticeable to the other boys. They hadn’t mentioned it, and Stewart wasn’t about to. He pointed out how the ghost had suddenly bolted toward him and then moved behind the large willow tree.

There’s a Gator Under My Bed!