Chapter Two
Philip Bernstein stood foursquare in the centre of his den, his own personal room, in his chalet in the remote Alps of Switzerland. He was a multi-millionaire known mainly for his generous philanthropy.

The chalet was many times the size of the normal Swiss home. Outside it was clean and bright, with the white walls, green folded back shutters always freshly painted, and window boxes bright with whatever flowers were in season. Inside it was warm, inviting, and furnished to the extreme of luxury. It was clear that for Philip Bernstein, philanthropy began at home.

Bernstein – he normally insisted on his title ‘Mr Bernstein’ to all but a few close equals – was a chubby man under average height but with an underlying steel which his friendly smiling public face often prevented people from recognising, sometimes until too late.

As well as a philanthropist he was a collector of Fine Art. A very private room in his chalet, never unlocked except by Bernstein himself, and seldom revealed to anyone else, held an amazing collection of Old Masters, Impressionists, and some of the moderns whose work he was proud to have recognised while their talent was still at the chrysalis stage. 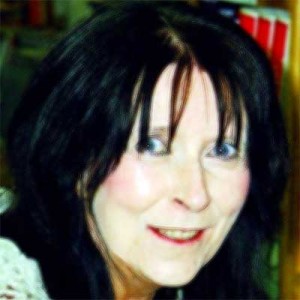 As he stood squarely in the centre of the valuable Turkish carpet which he walked over daily, he cast impatient glances at his watch every now and then. He was being kept waiting. Only by a few minutes so far, but it was something he was not accustomed to.

He looked up as the door opened and a man came in. ‘Ah, Carmichael,’ he grunted.

The man who entered was slim and wiry, with reddish hair. Not small, but no more than average height. The bones of his lean face showed an underlying strength, and the sleeves of his trim business suit hinted at the well-developed muscular force hidden beneath them.

‘You wanted to speak to me, Mr Bernstein?’ He spoke politely, but with no trace of apology or worry in his tone. The Irish accent came across pleasantly.

‘Yes.’ Mr Bernstein went over to the huge oak desk on the other side of the room and sat behind it, waving his hand at the chair in front as an indication that Carmichael should sit there. ‘How long have you been working for me now, Carmichael? About six months, isn’t it?’

‘You’ve been doing a good job.’ The praise was given grudgingly, but seemed to be genuine. ‘I’ve been thinking of moving you up – giving you a bit more responsibility. How would that suit you?’

‘I’d like that.’ Rory Carmichael spoke easily, showing little sign that this was what he had been eagerly working towards for that six and a half months.

‘Very well. I’m sending you over to Ireland. You’ll know your way around there, of course. I’m not happy with the way things have been going there. That man, McCann, who’s been running the business – either he’s more of a fool than I took him for, or he’s been cheating me. I’ll put you in overall charge. Contact McCann – not too publicly at first.

He has a boat, maybe you could hire one and arrange a rendezvous that way. Find out what he’s up to. I won’t be cheated. I’ll let him know you’re there to take over. Just don’t make a mess of it, or try to cheat me yourself, Carmichael. When I deal with that sort of thing, once I’m sure about it, believe me, there are no holds barred.’

An ugly look which Carmichael had seen on Philip Bernstein’s face once or twice before changed him in a second from a cuddly, cheerful Santa Claus figure into a hard, frightening man whose criminal leanings were usually carefully hidden.

‘Okay, Carmichael. Make your arrangements and get off as soon as you can. Whelman will give you whatever details you need about contacting McCann.’ Whelman was Mr Bernstein’s valued private secretary.

The meeting was clearly over. Carmichael got up to go. As he left, he heard Bernstein speaking into the intercom on his desk. ‘Send Flynn in now. I want to see him straightaway.’