Stephanie came every day. She came without presumptions, ulterior motives or expectations of exalted visions or transcendent love. She came out of habit. She came because of a promise.

She arrived promptly at six in the evening, in stormy or serene skies and sat on her cushion of leaves inside the hollow of a burned out stump, protected from the weather by a neighboring family of Ponderosa Pines.

She never faltered or dozed. Her vigilant eyes were fixed upon the lush meadow before her; the meadow that transformed from dry golden browns in the summer to sparkling sheaths of undulating greens arching towards the fall and spring skies, enticing the wet rains to provide them their full desire of liquid fuel.

She didn’t meditate on the present, reminisce about the past or worry about the future. She remained on duty like a royal guard. Nothing could distract her from catching a glimpse of her departed father. 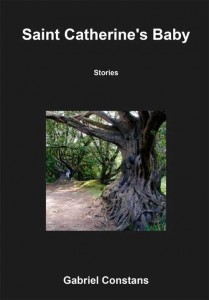 She had lived at three diverse locations in her parents’ province; by the river, in the valley and most recently in the mountains. The total population of the area was less than a cord of wood and spread east to west like an open picture book.

Each of her previous living quarters had been to her liking, simple, adequate: free of pretense or superficiality. The two-bedroom home she presently rented, after her divorce from Marty “meticulous” Johnson, was far more space than she needed, but it would suffice. It held her few belongings in the comfort of its wooden walls, greeted her at night when she returned and warmed her breakfast on its four-burner gas range before she left at sunrise to make her rounds.

Stephanie would faithfully sit in the tree stump every day of the year. Her frizzy red hair was stuffed inside her pale leaf-green forester’s cap. Her short, strong legs crossed lazily in front of her ample hips, as her camouflaged gloves held the binoculars up to her sharp hazel eyes or rested comfortably on her lap.

Marty, her ex-husband, had always called her Cinderella. No matter where they were or what they were doing, she would run off in the early evening to her spot in the woods. She wasn’t afraid her car would turn into a pumpkin or her gown into rags. She was afraid she would miss seeing the form of her father when he reappeared.

When Stephanie was a young girl and she and her father had been sitting at dusk, in the very hollow she now visited, he had once said, “If reincarnation is real, which is highly unlikely.” He worked at the university and despised shallow religious dogma or superstitions. “But, if it is,” he had said seriously, “by some remote possibility true, then I want to return like that.” He had pointed at the magnificent creatures grazing in the meadow before them. “I want to be as big and black as the one I saw when I was a kid camping with my dad.” He had turned his endearing gaze upon his precious offspring, his only child and confessed, “I’ve never seen anything like it since.”

Ten months later, while Stephanie’s mother was picking her up at school, her father had suffered a heart attack and dropped dead on the hard linoleum floor of his fluorescent light-filled laboratory.

Stephanie and her mother had rushed to the hospital, after returning home and hearing the frantic message from his long-time colleague on their answering machine. It took them two hours to get to the city.

Her mother had tried to prevent Stephanie from going behind the curtain in the emergency room, but a battalion of marines couldn’t have stopped her from seeing her beloved father.

She hadn’t shed a tear. She’d looked at his ashen face, felt his icy hand and said, “Don’t forget Daddy. I’ll wait for you.” She knew he hadn’t really died. He had just changed form. She knew it without a sliver of doubt. She knew it because if she had allowed her self to believe otherwise, the pain would have ripped her to shreds.

As she matured, studied mathematics, biology and physics, her faith in reincarnation was bolstered again and again. She had underlined statements that confirmed her belief. “Energy doesn’t disappear into a vacuum, it always has an equal and opposite reaction. Matter never dissipates, it simply changes form.”

Even when she attended medical school, at the same university her father had worked, she had kept her internal contract and driven two to three hours a day to sit at their spot in the woods. She was thrilled when, after graduation, she had been offered a position as her home districts medical officer, covering three sparsely populated counties on the Canadian border. The only condition she’d insisted upon and been granted, was being off-call between five and seven every evening.

She waited and waited and waited some more. Thousands of images had passed through her hungry mind. She knew when it happened it would fill the void, the pit in her heart that had been filled with despair over her father’s long absence. She knew it was the only sane thing that could give her peace. She couldn’t pretend, imagine or dream it into being. The large black moose had to be real. Its reality would let her know her Daddy wasn’t dead. It would confirm her belief in medicine, in science, in living. Its existence would bring order to chaos.

She had seen every shade of brown and tan; mothers, fathers, siblings and babes. She had watched several generations come and go, heard their mating calls and crashing clashes as they fought over the women of their species. But in the twenty-four years since her father’s death Stephanie had never seen a large pitch-black figure like the one her father had witnessed as a boy.

Winter had arrived early. Soft white freshly fallen snow covered what she now considered “her” meadow. The sun had gone down early. Her hands felt like ice cubes stuck inside a freezer. She rubbed them together under her father’s down jacket. Her heavy-duty flashlight stood on its end next to her aching knee. She silently stretched her legs and slowly refolded them, years of practice and patient persistence guiding them effortlessly back into position.

She heard branches snapping and loud snorting immediately to her left. She grabbed her flashlight and anxiously waited until the footsteps subsided. She flicked on the head lamp. Her hand shook as she found the silhouette of the towering Bull Moose against the white snow. Her heart leapt into her throat. The sudden gasp for air burned her lungs. The mammal with pitch-black fur raised its head, looked knowingly into her eyes and winked.