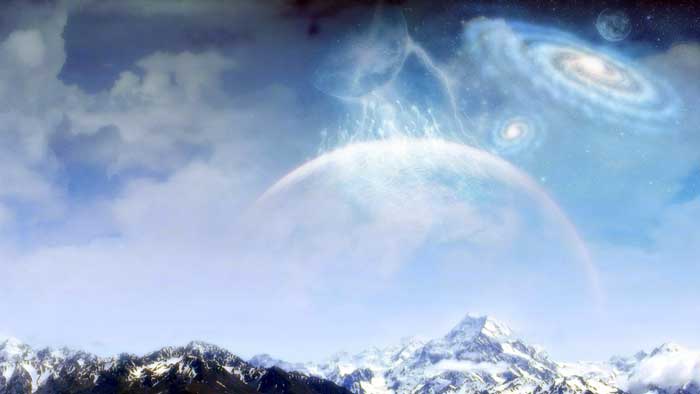 In part one I shared a conversation with my dreaming teacher Vidar, which gives you an impression of the link between the two. In part two Vidar reveals more about dreaming and the rising of your sexual energy.


“Vidar sits up straight and slightly uncomfortable on the smooth couch. He bounces up and down, feels it, and looks around him as if it is the first time he is sitting on it. He fidgets and starts massaging my calves, during which he starts moaning, first giggly but then more and more passionately and he does that remarkably well and with enormous devotion.

With the aaaaah’s and oooooh’s which seem to be coming from his abdomen, he touches every sensitive chord of my body. I shriek from arousal. Vidar smiles contrite, but his demonstration appears to be no more than an introduction to his own sexual development. “Reproduction can be arranged in three minutes,” he starts, “securing the evolution, but on the way to dreaming and visions, the arousal needs to be very intense.

With shamans, earth-energy and universal energy flow freely through the meridians,” and uncovers, “which explains my sexual charisma. Shamans send sexual energy through the senses until far outside the body through the orgasm. The mounting line of energy is driven by consciousness and awareness, and is taken to a high level by producing primitive sounds from the abdomen, and is kept high by sensuality.” He mentions a couple of resources: sexy lingerie and clothing, stirring and stimulating music, scents, provoking each other by touching, but also someone’s manner, face, or facial expression.

“It’s important to constantly be in a light state of arousal. The heightening of sexual energy leads to dreaming. In addition, when the energy reaches the level of the forehead chakra, visions will appear, and together you recognize your cosmic history. It is an encounter beyond intellectual knowledge. At the height of the excitement, words are not spoken, because you transfer to primitive sounds, to the voice of your body. You just got a taste of that,” he grins.

“The sexual energy is taken to the spiritual senses outside the body through the orgasm; they are the steps to higher consciousness. The steps to totality,” Vidar explains. “Then a total transcendence takes place of the material body. Spirits meet, recognition takes place and together you become an androgynous being,” he puts his hands together in front of his chest and turns them a quarter turn towards him. “In this androgynous state you are all-knowing and you can only reach that in this way. This combined action is the reflection of the birth of the universe.

If you know this, you will understand why there are two polarities, yin and yang, and so forth. The number two is a universal principle, where everything in the material universe revolves around.” With a big smile, he says, “You can’t just find sexual enlightenment in an SM club.”

The Sorcerer’s Dream
An initiation into the Sorcerer’s world
By Alysa Braceau, Dreamshield
ISBN: 978-1-60910-156-5
Read the first chapter:
www.dreamshield.nl