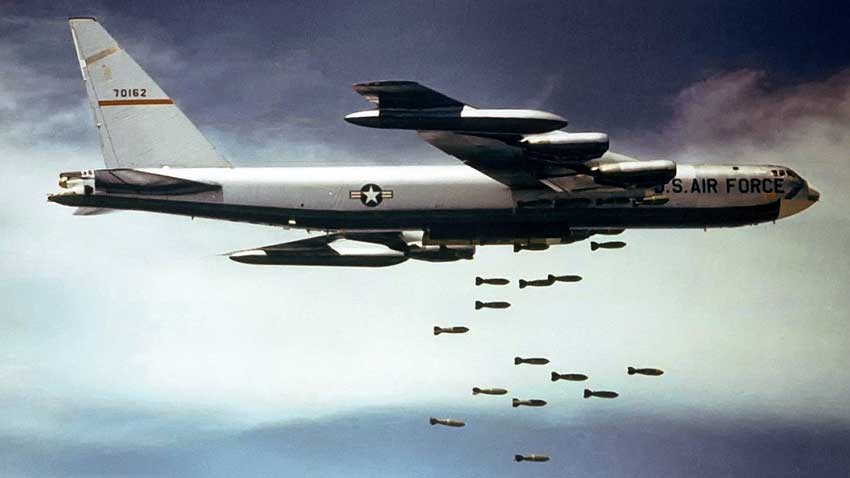 Fred Branfman emerged from the jungles of Laos carrying a heavy load. He wasn’t weighed down with ammunition, guns, or rations.

The international volunteer, who had been in and out of Laos for over three years, was burdened with something far greater than goods or a heavy backpack.

What he carried were photographs, drawings, documents, and stories of the Laotian people and the devastation that had been inflicted upon them by United States bombs – bombs that officially didn’t exist; bombs that burned flesh and chopped off limbs; took the lives of mothers, children, elders, and babies; bombs that destroyed homes, crops and entire villages; bombs that were intended for the communist Pathet Lao.

If was 1969, and the war in Vietnam was in full swing, though much of the fighting had been diverted from ground troops to killing by air. From 1968 through 1974, Laos had more ordnance, including cluster, fragmentation, Napalm, and 500-pound bombs – dropped on their lands and their people than did the Koreans, Europeans, and Japanese during the entirety of the Korean War and World War II.

The Pentagon estimated that they were dropping about six million pounds of bombs per day. Historically a gentle land of farmers, most Laotians had no idea what was happening or why America was trying to destroy them.

Few Americans had heard of the destruction taking place on The Plain of Jars and its 50,000 inhabitants, let alone that Laos and the U. S. government were intent on keeping it that way. U. S. reporters were not allowed on bombing runs into Laos and were restricted from speaking to the military brass. Everything surrounding the raids was classified, but not all the people who witnessed or knew of the carnage could be silenced.

Fred Branfman carried pictures of people on the ground, the victims of impersonal high altitude airstrikes authorized by U. S. Ambassador Godley and frequently directed by the CIA. He had close-ups of unexploded bombs bearing the symbol of the US; bombs dropped by American pilots who had never met a Laotian, let alone knew one. But Fred knew them personally; he had been to their homes, talked to the elders, and shared meals with families and communities.

Fred was in bed, not with the military, but with the stories of the Laotian people. He was embedded with scenes and images he would rather not hold. He was embedded with unbearable atrocities that had been committed by his fellow Americans, and it was determined that the truth of these events not be buried with the Laotian people or minimized by US propaganda that denied civilians were ever targeted.

Some Laotian Peace Corps friends of Fred’s told him about a young captain in the Air Force who was going to Washington to testify about the bombing of Laos to the Fulbright Foreign Relations Committee, the most powerful committee in the Senate, chaired by Senator William Fulbright. They’d said this captain was a physician at the Udorn Royal Thai Air Force Base In Northeast Thailand, just over the Laotian border. The base was a hub for the US and CIA aircraft that were bombing the very people he held so dear.

This officer had put out the word, through his civilian friends and employees of Air America (a front for the CIA), that he was looking for informational ammo about the situation in Laos.

How this captain had been so blatant about his mission and survived being thrown out of the Air Force was beyond Fred’s comprehension. He was just glad there was somebody sane enough to listen, someone, who might be able to help stop the madness.

In the late fall of 1969, Fred Branfman met Capt. Arnie Leff, MD, USAF, at The Bungalow, a counter-culture way station for off-duty military and civilians traveling throughout Southeast Asia. He entrusted all his papers, files, interviews, and photographs about the bombing of Laos to Dr. Leff, a passionate Jewish-American kid from Brooklyn who had the guts, chutzpah, or naivete to stand up to the U. S. military and political regime and say, “This is wrong. This isn’t the America I believe in.”

Moving Up in Life