Having no personal wings or means of biotechnologically-integrated jet propulsion, the Carriveaua were incapable of unaided flight. They seemed to fare a little bit better in water – but just barely.

So for Burdlit, the lift and grasp that he was subjected to by one of the Deew’s branches which coiled around him seemed to exist slightly outside the comfort zone of a happily bipedal species. Not that he was scared or anything – just annoyed at this point with being responsible for the escaped intruder, having to deal directly with the biological weapon’s early stage nonsense, and trying to figure out Janette’s indifference to the whole ordeal.

There were things that needed to be done in situations like these. Protocols needed to be adhered to and followed completely in order to prevent the Deew from evolving to its latter stages where, like it or not, the biological weapon would be much more difficult, if not impossible, to stop. The letter of the process called for maintaining containment within Inner Corridor at all costs – whether that meant accepting the loss of life from those who were currently trapped within the bowl-shaped area, reinforcing this very same area and unfortunately trapping any survivors indefinitely, or destroying Dio Qze before stage two or stage three could be reached when the Deew’s weakness from infancy would be powerless to be able to defend against that particular tact. 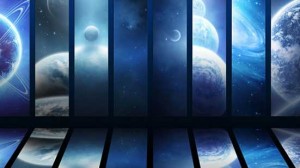 Burdlit was not the most scientific in terms of the minds that were working on this Deew project, but he had come to the planet and brought a specially-formulated herbicide which was designed specifically for this level (and stage) of the biological weapon’s outgrowth. It was safe for use, meaning that the mixture would not harm any Carriveaua when dispersed across Inner Corridor from the overhead sprinkler systems which made use of a dynamic dual valve system that could also deliver water-based extinguisher solutions through the multitude of nozzles in case a fire needed to be suppressed. Additionally, there was no threat of toxicity or irritation to Humans in its use either – not that the operational general cared. So why had the dispersion not yet occurred? Surely, at least one of the soldiers who had been posted up around the outer rim was able to escape and report the direness of the circumstances….

“There’s no way in the universe that I would want the Deew destroyed,” Janette said while extending a right hand upward to the intruder – allowing him an opportunity to help her to her feet.

“What are you looking at from a yield perspective if you harvest it?” Boyd asked.

Those numbers were long since memorized and also what made Janette’s choice clear. At a high level, she described, “One controlled Deew would produce enough agriculture to feed Galaxy Bloc. Two could supply the entire Quadron System. You can infer what you want for the rest of the universe from the exponents.”

Boyd sighed. The unincorporated planets becoming an agricultural juggernaut would somewhat fly in the face of the current efforts that the Space Force was trying to make in putting a squeeze play on them and their resources. Luckily, it was not for the Enforcer to figure out or worry about the politics of the matter. This was going to be significantly larger in scope and complexity than simply leeching his way onto the secretive albeit newly-made insubstantial Indra Pallavan Trade Routes. In theory, he could still complete his original mission by convincing Janette to let him in as a silent partner – wishful thinking from one end. And that was assuming, “You said ‘controlled’. How confident are you in terms of your abilities to manage something so dangerous,” from the other end.

“We’re making progress in that direction,” Janette danced around the crux of what the intruder was getting at with a nonchalant response. As the transport began to slow and signify that her destination was reached, she turned to face its doors.

“You didn’t answer my question,” Boyd calmly but urgently pressed. He was not quite looking for the closed-ended ‘yes’ or ‘no’, but that was somewhat of the idea when seeking out a definitive on where exactly this Deew situation happened to stand.

Utilizing the guile that only a project manager (whose continued work depended on the slyness of her answers) could muster, Janette hit back with a surprising directness, “There’s no way of me knowing, as of this moment, whether or not you’ll wind up helping or hindering our situation, so it’s the only information that you’re going to receive from me…for now.”

It was a well-thought-out and well-played position which did not provide Boyd with enough substantive data in order to offset his curiosity sufficiently for the purposes of moving forward with one decision or another, so he provided both choices to Janette, “Either cut me in, or I’ve gotta have this planet blown up.” In sincerely wanting to help, his motives were clear, but leaning on the mission prevented him from becoming too attached to its outcome by conveniently placing the onus for Galaxy Bloc’s salvation back on the botanist. The Enforcer had done his part by extending the benefit of the doubt and coming back to the roundtable with a slanted set of loaded options.

“You’re certainly welcome to try and take your best shot,” Janette declined the one-sided alternatives and walked out of the stopped transport’s open doors with her back turned to the armed intruder – leaving him behind to contemplate his next move. Those terms and conditions were a bluff, and the fact of the matter that a laser pulse had not struck the botanist down from behind meant that she had successfully called it.

An impasse in every sense of the situation and their apparently diverging path which was going to cause Boyd to have to reverse course in order to move forward, he gritted his teeth at the hesitance that allowed the transport doors to not only close but close off a clear shot at Janette with the extended LUNC…for now. The Enforcer holstered his weapon, took a mental note of Level X where she had stopped off, and awaited his continuing ascent toward and an impending arrival at the Power Authority surface facility. Apparently free to go but unwilling to go along with the stubborn botanist’s obvious reluctance for capitulation, the very real idea that this was the end of an unnecessary road for Dio Qze disappointed him deeply, but he would not allow its decided fate to cut him emotionally. Then, it really would have been a failed bluff instead of an ominous guarantee.