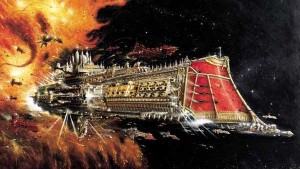 Review: Murder Among Us

Prev Next
6 Comments
Leave A Reply
Cancel Reply
SIGN UP