A laser focus entrancement gripped Mexico as he sat on the right bench of his shuttle, staring off into an intent nothingness. This was how many prepped for the onset of the next job.

Everybody had their own prework ritual whether it included dining on a specific variety of meal prior to its commencement, going through a certain set of repetitious paces in approaching the task, or partaking from any of numerous different superstitious inclinations; this lead-up as exacerbated by the sober procession through space to Dio Qze was no different. Respectively, Corinna and Jocelin performed their piloting and co-piloting duties from the helm up front and left him to his quiet thoughts. 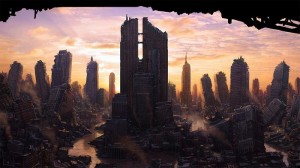 Nothing of the profound nature was being contemplated. Mexico simply wanted to give the mission its due when sitting in deference to its importance. Taking ownership of Boyd’s property seemed relatively simple from a details perspective because it was. They had performed this gambit more times than he could count as his position within the Enforcers saw him promoted to the title of a cleaner who needed no detergent. Translated: People were not normally killed when he got sent in to tie up loose ends.

Mexico was that good. The precision from his keen eye for detail actually fit the Enforcers well. It allowed him to be able to step seamlessly into Boyd’s role as ‘the boss who came to check out the investment opportunity personally after having learned of its positive marks across predetermined performance indicators’. Their cover had never been blown before during this type of operation, and that was mostly because the unincorporated planets were just happy to be taken seriously. He used a polished delivery to massage a fragile Galaxy Bloc ego by giving up way more from a concession standpoint than would have normally been surrendered to the barter – had this have been just him going in on the business proposition solo. But his front possessed deep pockets because of the long arms of the Space Force. Hobnobbing with the locals already came somewhat naturally, although having an infinite expense account now made the wining and dining come cheaply as a result of no out-of-pocket reimbursement concerns.

Immaculate – Mexico checked the monogram cufflinks which jutted outside his designer suit coat. Although emotionally, excitement would never be shown because the poker face was being applied as his natural blend of makeup during this pensive moment, he really did get up for the challenge. As much as he detested Boyd for having indentured his servitude to the Enforcers, this really was a dream position. They did not need to like each other in order for the job to be performed professionally. It would have been nice for a greater sense of chemistry in camaraderie to be established, but that was difficult when an employer could fire or kill their employee.

Business was always personal. A distinction did not exist between them. Mexico would murder Boyd in an instant if he was able and never stopped searching out a means of pulling that off. More than capable, Corinna and Jocelin could have been happily dispatched in order to see directly to that end. But the Enforcers were smart, satiating his lust for blood with a quest for greed. Ideally, was it the Space Force or the exchange rate that controlled him?

Perish the thought, Mexico emerged from his contemplative slumber and turned to the right – staring at the backs of his intendants’ heads for a moment before giving the attention of a returning lucidness on over to the opposite side window. Space was unusually cluttered with ships upon the final leg of the approach toward the planet. He loosened the safety harness and lap belt in order to adjust his position without wrinkling the suit coat and took a gander out the window directly behind him for the proverbial closer look.

“¿Un éxodo?” Mexico questioned. “What are you getting me into, Señor Boyd?”

From a progression standpoint, the answer to that query lay in the first glance which was ascertained by their having traveled against a grain of what seemed like an incessant series of wayward vessels flying away from the planet. Mexico unbuckled himself and stood up to walk toward the helm in order to reach in between Corinna and Jocelin and pull up some specifications on one of the console monitors. Nakamura PQZG’s and shuttles (like this one) mostly – these were personal ships with light weaponry for taking leisurely trips and transport ships that happened to be exiting the upper atmosphere en masse, signifying an evacuation where (as usual) those who could afford it were the first to be able to get out of there while the getting was still able to be gotten.

From an investor standpoint, this occurrence did little to inspire confidence when the people with the most to lose were pulling out of the fund by the droves. Seeing those ships start to explode shortly after passing oppositely poised direction of Mexico’s shuttle was enough to cause a person to want to dump this entire investment outright. Corinna continued to pilot forward because turning around to flee was apparently inadvisable. Jocelin proceeded to ready the shuttle’s weaponry while scanning the periphery for any signs of a culprit.

They had just passed through Dio Qze’s private outer space orbit, so there could not have been some sort of field which was causing this. Another ship perhaps? After bracing with a flinch from the surprise, Mexico turned to look over his shoulder out that right side window and wondered. If so, how in the universe did whoever was hiding within the stealth of their vessel come up with surreptitious weaponry to match? He fingered his Ear-To-Mouth Com and contacted the flight control on the surface of the planet, “Hey, you’ve got very important people – muy importante, on this ship who’ve come to do business. What the he– is this?” Keeping up appearances was part of the job, and to finish this one was going to call for some mandatory overtime.

Dio Qze
“Rescind any pending take off clearances,” General Canoy ordered, “and recall all ships that’ve already taken off immediately!” She made her makeshift command center between a couple huddled XRTP’s directly outside the Power Authority along the still rumbling surface of the planet. From there, the soldiers posted at the four corners of the world could be coordinated to the daunting task of evacuating billions under the headachy strain of a constant quake. Before, the concern had centered around getting the inhabitants out in time, but now, this had been switched up to worrying about how to get them out at all.

So, the Carriveaua had finally put in an appearance – as invisible as it was, that behavior fit the modus operandi. The General immediately knew who was responsible without anybody needing to claim the deed. The Space Force would not waste their effort in trying to confine Dio Qze’s resident’s to its outer orbit. The planet would have simply been obliterated, and they would have moved on to their next conquest. Any other faction would not have even wasted the time on the verily insignificant matters of such an impoverished world. But Burdlit’s reserves had a motive and the silent means with which to carry it out. With the Deew squirming to life, an example was about to be made.

Lower-ranking soldiers flocked to carry out those orders by getting in touch with the multiple flight control placements around the globe who were a mute button on a hot Ear-To-Mouth Com away from being reached. The autonomous leash happened to be extremely short during these imperiled circumstances. Galaxy Bloc was about to get it both going and coming – pinned in from all directions and could use some sort of pressure release.

General Canoy’s eyes swung over toward the entrance of the Power Authority as a hurried yet controlled mob emerged and made their way into the waiting arms of her soldiers for segmentation plus direction. She felt that they could all get through this if everybody kept control over the emotions and did not play into the hands of their detractors. Even if the exact idea on ‘how’ did not quite exist, an exuded confidence by the Galaxy Bloc military would give others at least a belief that something substantive was being cooked up in the interest of spoiling doomsday’s fatal palette.

On a personal level, there had not yet been any sign of Janette’s emergence. For the General, this added motivation enough to a biting self-assurance that Dio Qze might not survive the rest of this day, but she would make it up to her lady friend by taking away Burdlit’s tomorrow.