Deluge of Conviction: Bearing down on the botanical skewer with a savage right elbow of foolhardy conviction, Boyd used brute force to power through the abnormal branch – dropping the soldier into the brace of his bent left arm as a result.

He soon reverted back to the projectile finesse of his LUNC when aiming overhead and firing at the dangling stalk which had been sheered off but had since repurposed itself for a (sharply) pointed counterattack against him. 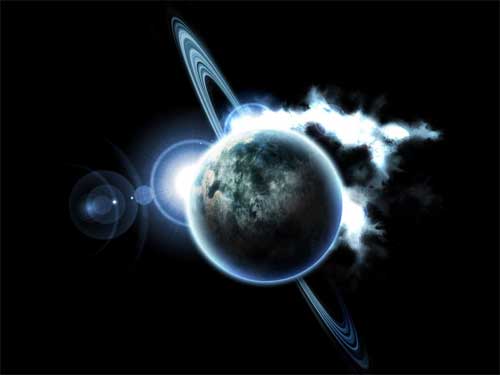 Supernaturally, it was accompanied by a tentacled tangling of the bark-textured vines plopping down from the ceiling, bursting out from the foreground, and pressing forward through the walled-off background like meat through a grater.

“Stay with me,” Boyd suggested of the soldier’s coherence before taking a left-handed grip on the remainder of the barb-enhanced spear.

There was no telling what type of infection would have been caused or what kind of irritation might remain from allowing that branch-like spike to continue to protrude from out the soldier’s chest cavity, but this was the correct choice of action. Not necessarily the preferred, but he braced anyway for the rough, downward tug and relished the removal of the anomaly before going into convulsions.

If there had been more time, Boyd could have consulted his minicomputer for the next set of proper medical steps in caring for the wounded soldier, but he was left with having to use rudimentary field medicine knowledge and common sense. Blood spewed all over his trench coat, so it was clear to him the need to, “Keep pressure on your chest. Take slow breaths. You do your part to stay alive, and I’ll do mine to keep us that way.”

The intruder was steely calm which served to put the soldier somewhat at relative ease – current situation notwithstanding. His body remained tense but eased to more manageable tremors. There was no way for him to tell how badly injured he actually was, but being given directions offered hope that perhaps matters might not have been terminal in nature.

As best Boyd could tell, the biological weapon had missed the soldier’s heart. Purposely. From witnessing the plights of those others who it had run through – shredded without a second thought being given to the malice, he was starting to understand how much prior thought had gone into trapping him within the current predicament. This calculated behavior only confirmed his earlier suspicions about that thing potentially being sentient. However, the spectacle of achieved potential was often eclipsed by the amazement surrounding exceeded potential, so the Enforcer needed to be careful here.

“Walten,” the soldier stammered. He was trying to keep pressure on the wound with the fleeting strength of a rubbery right arm while attempting to peek around the side of the intruder in order to catch a glimpse of any imminent danger and failing miserably at both.

Well that danger was coming, and Boyd did not need eyes in back of his head to be able to see that when he could sense it – advising, “Brace yourself, Walten,” before wrapping his arms around the soldier and rolling out the way of the biological weapon’s follow-up attempt at stabbing them.

All Walten saw were those sinister branches pouncing all over the place from his helpless and half-conscious state. The standing orders were to kill the intruder, so the massive assist that he was receiving in turn from his target struck him as odd. Too much pain prevented the soldier from being able to think things through clearly when rest seemed to be so much more appropriate.

“Shi-,” Boyd muttered when peering down at Walten’s glassy eyes to check on the soldier after the rough-and-tumble evasion. This sure was going to be a lot of work if the person was going to wind up dying on him in the end, so he asked, “What’s your favorite pastime?”

A peculiar question for an even more peculiar situation, Walten brought his blurry gaze back over to the out-of-focus caricature of the intruder’s crouched body. “What?” He sought to clarify as he felt the drape of the trench coat brush against his quivering body. Being hypersensitive to the touch held quite the irony for the lack of awareness that the soldier also experienced for the vast remainder of his surroundings.

While Boyd’s left hand dug inside his trench coat for one of the Duzo 16/7 Charges from a hidden allotment, he rephrased, “What do you do for fun? Tell me about that.” With the explosive in hand, the Enforcer then began to arm it.

“Music,” Walten replied softly. “I don’t…know how to read sheet music or p-play an instrument, but I love to listen.”

“To anything in particular?” Boyd probed. Off to the side and silently he sighed – knowing that he was right-handed and needed to holster his LUNC in order to use the Duzo 16/7 Charge. Shaped like a football with an attached tri-wing fin for increased aerodynamics, the Enforcer positioned the explosive device perfectly in his throwing hand and went to scoop up Walten with his left arm.

Striking up a conversation during this scenario felt incredibly weird, but the intruder seemed to have things under control, and the idea cleverly kept Walten’s mind off his injuries – more appropriately focusing it or perhaps keeping it sharp. He explained, “DJ VoiceCrack in particular. Music in general. But I like him because of how he’d evolved with the times. I’m one of those people whose car you can hear before you see it. The bass in my trunk is enough to cause a person palpitations during listening and tone-deafness later in life.”

Speaking of eardrum-shattering mayhem, Boyd hurled the Duzo 16/7 Charge at the wall of forestal enclosure like he was threading the needle on a pass by trying to fit a football in between the tight spaces of multiple defenders – similar to the famed gunslinger quarterbacks. Quickly, he muscled Walten onto his left shoulder before maneuvering the body into a fireman’s carry, retrieving his LUNC, and using his legs to push up from the crouch in order to take off running. The Enforcer added, “I’ve heard of DJ VoiceCrack and listened to his music before. He puts out those unprecedented full-length original soundtracks for the eBooks from one of Dope Enterprises’ imprints,” to the discussion.

“As I got older though,” Walten continued – almost oblivious of his status in being carried along for a bumpy ride, “I began to turn the music down…grew out of the need to draw attention to myself. You can’t really bump through residential neighborhoods like you once used to. Kids are all over the place, so explicit lyrics and really aggressive music happen to both be out of the question. It’s frowned upon. DJ VoiceCrack used to produce the beats for a bunch of hard rap before inking that deal with the eBook publisher. Now, the majority if not all of his stuff is instrumentals. Some of it really roars, but I listen to it more discreetly because there are some really complex parts to his composition, so I’ve become a more discerning listener who turns the music down more than I crank it up.”

“Sounds like you appreciate it more,” Boyd surmised while leaping into the massive hole that the Duzo 16/7 Charge drilled through the walls of their confinement with its helical explosion which traced the spiral toss that the device had been thrown. The smoldering foliage of the biological weapon seemed to reel from this as the entirety of the wall, which sat at a few meters thickness, fluttered mightily in the devastation’s wake.

Walten happened to be delirious at this point – completely unaware of what had just occurred and luckily missing out on the Deew lashing away at the intruder’s heels, nipping like capricious whips. His slurred speech mirrored that of a bubbly drunk, “Yeah, I really do – you know? Music creates a rhythm to life. It’s kinda hard to explain. Yes. I could use some music right now. My head…head is pounding,” but he was still talking, and the conversation was the only thing that mattered.

Despite the rambling, Boyd kept his wits about him and on the tall task of escape. He finally reached the corridor which led back to the stairwell, but the sigh of relief needed to be placed on hold as the biological weapon had not yet given up on the rigors of its pursuit – smacking at the side walls and creating fissures in the integrity of the architecture as it sought to collapse the hallway into crumbling on top of the Enforcer to try and trip up his latest push.

Boyd burst through the door to the stairwell and kicked it closed with the back of his heel prior to laying Walten on the floor at the feet of another ten-person contingent of Galaxy Bloc soldiers who also held him at gunpoint. …They were the least of the Enforcers’ concerns though.

Thankfully, the wounded soldier was still blabbering along in an incoherent stupor as two from the contingent collected him and ushered his body off to receive some much-needed medical attention. …There was no possible way that this door could hold the biological weapon back.

And yet, the biological weapon had not advanced past this point. …Hauled off and smacked with a backhand slap to the face, Boyd felt himself knocked backward and braced the blow by bending his knees momentarily before grabbing for his chin and refocusing his eyes forward.

Janette stood before him with a furious expression contorting the otherwise pleasant features of her face. …Conversely, the completion of mission objectives always brought a smile to him.

Who Are We Really?