“I envision you having a lovely funeral,” Boyd countered.

“Operational General!” One of Burdlit’s contingent who had been shadowing him this entire time shouted out before tossing his laser rifle on over. 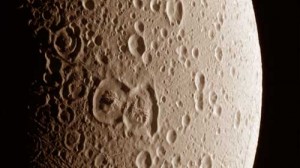 Catching the weapon in the motion of a side roll, Burdlit came to a stop in the perfect crouch for firing – his tail also demonstrating an uncanny nimbleness of escape as it weaved untouched through the thorny teeth of clamp-like twine. Out of an earnest militaristic camaraderie which one could not help but feel for team members in times of great stress and shared peril, he was relieved to see that the ten troops who had come into this mess with him were still alive. Hardly saddened by the fates of those who had already lost their lives, the Deew was after all a Carriveaua invention designed to kill Humans. The operational general engaged halfheartedly in a one-sided laser fight which was meant to trim the ends of what seemed to be a wreath that had exploded and happened to be spreading all over Sector 1 of Inner Corridor.

As of right now, Burdlit was more of a curious observer than the vaunted consultant who had been sent in to help protect the inhabitants of Dio Qze. He made believe that his laser rifle had jammed up for a moment, pretending to be frantically readjusting the laser fluid cartridge in its chamber and repowering the weapon while watching a Galaxy Bloc soldier get tripped up and ensnared at the ankle by a surprisingly flexible branch. What normally would have snapped with the ease of a twig from being bent past its point of structural tolerance was wrapping itself around the lower body and torso of a troop who happened to be clawing at the floor for a chance to escape and some sort of leverage against the supernatural pull. Out the corner of the operational general’s eyes he watched the struggle as he pretended somewhat blatantly to lose a struggle of his own in getting the weapon to supposedly work – the same reason, excuse, or lie for not being able to come to the aid of somebody merely twenty feet in front of him.

And that distance was increasing as the Deew dragged the helpless person backward. In this first stage, strangulation or perforation awaited its victims, so unless it grew tired of that, the second stage would not commence for some time, and a good chance existed of reestablishing containment. Pleased with the initial results, Burdlit beamed a smirk in the direction of the misfortunate soldier who was left to eternity to ponder the meaning behind his untimely ‘one less Human’ leer and lacadaisical attempt at assistance.

“The Deew has spread to thirty percent of Sector 1,” the soldier with the slate computer announced while hopping over the remnants of one of its laser-severed, outstretched bark arms. With the tablet device now dangling from a functional strap attached to her belt, she could focus on the more immediate task of self-defense in grabbing the more offensive-minded hand laser to help try and keep the agricultural advance at bay.

At this impressive rate of growth, Sector 1 would be both overwhelmed and lost to them in a matter of mere minutes. If there was to be any hope of sealing the Deew off here where it was initially weakest and most susceptible to its progress being halted, that point was now. Burdlit fired more purposeful laser pulses off in the direction of the encroachment when ordering into his Ear-To-Mouth Com, “Pull back!” He had seen enough firsthand, and the operational general’s own life was becoming endangered the longer the contingent lingered about exchanging futility with a borderline unstoppable foe, so the race was now on for the exit, and the urgency and accuracy of his laser pulses finally reflected that tact.

But strategy was not being limited to the bipedal perspective. Right now, the Deew only seemed like a child who was innocently unaware of its own strength or the fragility of those whose spines it happened to snap or bodies it unfortunately crushed. After planting itself – or implanting itself into Sector 1, roots were being laid down, and once they began to set and take a firm hold over the area, feeding would be next. Even during this time of increased vulnerability for a perceived chance at stopping the dangerous spread, Burdlit realized that disregarding the sentience of these cultivation efforts was a mistake.

As instructed, the Galaxy Bloc soldiers began to fall back behind a scattered perimeter defense which allowed the slower-moving troops who were assisting wounded to get a head start on the retreat. Everything from the chairs on the floor to the illuminant, cylindrical light fixtures on the maze of divider walls across the sector to the exposed architecture of sturdy, wedge-shaped beams along the ceiling were swarming with the mahogany-tinged threat. The dilemma was best summed up as an inverse situation to a forest fire where the forest itself was spreading uncontrollably and needing to be fought back. Targeting the Deew seemed simple because the wooded contrast was quickly becoming an atmospheric mode, but any damage that it sustained easily regenerated in the continuance of its expanse.

Bunched together as a firing squad, Burdlit and his contingent net some initial success in holding the Deew at bay – chopping it down with a laser-laced variety of hatchet. Disregarding either the vastness of Inner Corridor or the swiftness to the spread of danger happened to be unintentional, but it was hard not to get turned around during the insanity with their backs to one another in an oval grouping whose forward progress had stalled. A few more laser pulses were loosed from the group before a psychological halt to the proceedings also took hold. Again successful in the accuracy of those last shots, the grazed shavings or outright clippings fell to the ground like forgotten mulch…behind a high wall of an almost pre-spring leafless shrubbery which instinctively surrounded them – ultimately having herded them to a telltale point of imprisonment.

Burdlit had a moment to catch his winded breath but took the time to try and figure out the meaning of the situation. Trapped within the middle of a Sector 1 maze with no immediate or discernible exits, the Deew’s acumen almost seemed to carry with it a significant measure of forethought which was rare behavior when still in its first stage. What happened to be surprising to him because he held some familiarity with the evolutionary patterns must have been unnerving for the rest of his contingent. They, too, had been briefed but were obviously miffed at the blatant display of adaptability. None of them knew the full or emerging extent of things however.

Chasing had not worked. Trapping and poking spear-like branches downward into the simulated barrel seemed to be more appropriate. But leaving nothing to chance, those aforementioned pieces which had been lopped off from the Deew via laser pulse and had fallen to the ground might not have been able to perform the nurturant functions of mulch but would soon unleash its secondary features like fertilizer through a clever remote awareness which included extensible spikes complete with barbs – just perfect for pacifying these selected grounds into a suitable potting soil.

A Love Out of Time