This was written for a long-lost daughter who picked up the phone one day and made me the happiest father in the world. My happiness was marred when I found out that this beautiful daughter was a slave to cocaine.

Once upon a time in a far-off land called Temptationville, there lived a beautiful princess named Love.

Princess Love was adored by her father who lived across the big mountain in a valley named Lonely. His name was Forgetmenot. Love did not know her father. Princess Love lived in a big castle with King Sunflower and her mother, Queen Rose. 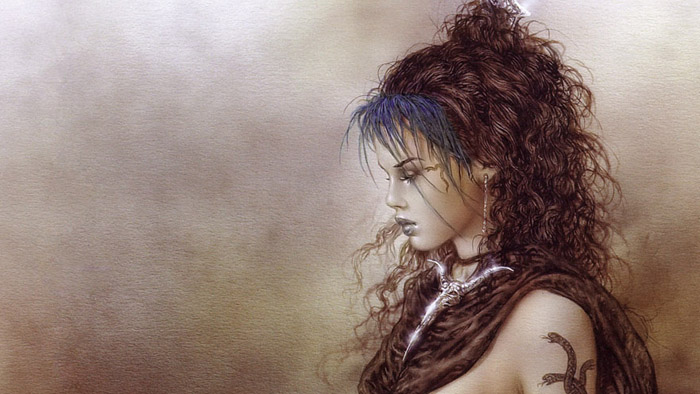 Everyone in Temptationville worshipped Princess Love. She lived in grandiose style. She was showered with gifts from the people of the countryside. Princess Love was so happy. Every day was her own special holiday.

On her sixteenth birthday, King Sunflower and Queen Rose gave her the biggest birthday party ever given in Temptationville. All the people came bearing gifts for the lovely princess.

There was dancing in the streets and joyous adulation for the beautiful Princess Love. The people spread their gifts in front of the Gift-Giving Temple. Everyone was so happy because they were able to show their feelings for Princess Love.

Forgetmenot left the Valley of Lonely and came down the big mountain to watch. All Forgetmenot could bring as a gift was the Special Feeling within his heart. Forgetmenot was very poor.

As the happy people piled their gifts before the Gift-Giving Temple, Forgetmenot stood off to the side and watched with gladness in his heart. The feeling was almost unbearable. Each time someone presented their gift, Forgetmenot reached across the void with the Special Feeling in his heart and blessed it.

Princess Love did not know who Forgetmenot was. Forgetmenot left Temptationville many years before to climb the big mountain to the Valley of Lonely to live.

But the handsome stranger was not happy like the rest of the people, although there was a thin, venomous smile on his face. Forgetmenot understood there was something foreboding in the way he approached the Gift-Giving Temple.

The handsome stranger placed his gift to the side of all the other gifts. Then he straightened up and laughed aloud. A heinous laugh. He bowed low before Princess Love and left. Forgetmenot could not reach across with the Special Feeling in his heart to bless this gift. He felt wickedness within the brightly wrapped package.

Each present she opened seemed to come alive in her hands with a feeling she had never felt before. After all her gifts were opened and she turned to leave, the package the handsome stranger brought caught her eye. Princess Love bent down to open it. On top of the package lay a small card. On it was written:

Princess Love reached inside the box to retrieve her gift. She pulled her hand back with a start and a small cry of pain. Something had pricked her finger and blood dripped slowly from it. Princess Love cried out again and King Sunflower and Queen Rose came and wiped the blood from her finger and held her as she wept.

Even as Princess Love cried, she felt a sudden burst of energy springing from within her, which was at first, very scary. She overcame her fright and allowed the strange sensation to fill her whole being.

She pulled away from the embrace of King Sunflower and Queen Rose. Her little heart was pounding at an alarming rate and she felt as though she knew . . . She wasn’t quite sure what she thought she knew, but she suddenly felt she knew far more than anyone else in Temptationville. Quite without realizing why Princess Love understood that she, and she alone, was aware of things no one else could comprehend. She felt so . . . superior to the rest of the people.

Princess Love ran back to the box which held her present. For by now, as far as she was concerned, it was the only present she cared about. She grabbed the box, ignoring pleas from King Sunflower and Queen Rose, she ran to the castle and to her room with her treasure.

The odd-shaped, prickly gift Princess Love took with her became her all. She found that when she would prick herself with the spiny plant, the world of Temptationville, and all its happy people dissolved into pettiness and contempt.

Everyday activities, which once seemed so beautiful, now spawned rejection from Princess Love. It was as if everyone were like children at play. Playing childish games of life. It was all so very beneath her now.

Princess Love acquired such an attitude she was unable to even converse with anyone about anything. No one seemed to be able to identify with her and couldn’t understand her strange ways. She just thought they were absurd.

Everyone, that is, except Count Cacti.

The Count returned to her when she needed him the most.

And Princess Love found that she needed him often, because each time she pricked herself with the spiny, needle-sharp barb, it would fall from the plant it and become useless. And every day she needed more and more of the self-inflected wounds for her body and soul. But it always seemed that when the plant was about to become barren of the little prickly points Count Cacti would show up with another one.

He would only bring one plant at a time, however, and Princess Love wanted more of them because she felt insecure without it. The plant had become her world.

On Princess Love’s twenty-first birthday she decreed to the people of Temptationville that they should bring only the small, spiny plant for presents and nothing else.

Princess Love needed to know that she would have an endless supply of the special plant which had become her only reason to live. And by her decree, she would not have to worry anymore.

King Sunflower and Queen Rose stood before the people with bowed heads and tear-stained eyes. They were also saddened by Princess Love’s strange enchantment with the little plant.

All the gifts had been laid around the Gift-Giving Temple and the people had silently departed.

Except one man who Princess Love did not know, but that Queen Rose recognized as Forgetmenot.

Forgetmenot had come down from the mountain from the Valley of Lonely again for his daughter’s twenty-first birthday.

This time he brought her a present. A Magic Mirror.

Princess Love, incensed by this strange, tattered man who dared not bring her the cherished spiny plant she so desired, ran from the castle to the Gift-Giving Temple to confront him.

She picked up the Magic Mirror, intending to smash it to the ground.  Before she did so, she looked into it. The Magic Mirror seemed to explode her image from within it straight into her very soul. She looked at her face staring back, and from somewhere deep within herself came the terrible truth.

The truth of who she was.

The truth of who she used to be.

The truth of who she had become.

It was all so real, and the moment weighed upon her. The past five years seemed like an awful nightmare.

Then Queen Rose came to Princess Love and told her who the man was that left the Magic Mirror.

Princess Love ran after him.

Forgetmenot and Princess Love walked back to the Gift-Giving Temple and set fire to the hundreds of tiny plants.

Forgetmenot climbed back up the big mountain to the Valley of Lonely, but now Princess Love talked to him with her Magic Mirror.

She had broken her Magic Mirror in half so that now they both had one. And they talked to each other from Temptationville across the big mountain to the Valley of Lonely.

And they all lived happily ever after.

My Happily Ever After