Science says the weight of a human soul is 21 grams. When death of the physical occurs, 21 grams in weight decreases.

This is my take on it. While this alludes to a receiving department on their way to heaven or hell, it is in no way scriptural and is intended as fiction only.

“Yeah Simon, but you got a cushy job. Mine is gather, haul, shove, and dump. All you got to do is catch and release. Lots lighter than what I’ve got to do!”

“Not so, Demo. From what I understand, they all weigh the same.”

“No way! You’ve got to be kidding me. You come on over here and try my job and then tell me they ain’t heavier than yours!”

“I can’t do that Demo. There’s no crossing over. You know that or has it been so long since you signed on? How about the small print?”

“What small print? I didn’t see any small print when I signed on for this assignment. It looked pretty straight forward, no loopholes, and the most I had to deal with was 21 grams at a time. The only thing I’m not crazy about is that it’s a 24/7 job ~ no relaxation.”

“Have you thought about talking to your boss, Lu..?” 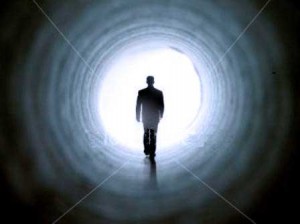 “Are you crazy? He’d fry me on the spot! Hades! Never mind ~ it don’t pay complaining to you and I’m not suppose to be friendly with the opposition, anyway. Just leave me alone.”

Simon saw little Timmie {the name co-workers lovingly called Timothy, just not to his face} coming to relieve him. After a quiet exchange, Simon left for his lunch break and Timothy took his place.

Timothy was a very quiet spirit and concentrated on his work rather than engage in what he called chit chat, that being a waste of his time. So Timothy was only slightly aware of the commotion going on over in Demo’s section of the Receiving Department.

“Hey Wra! Would you get your crew together and get over here! I can’t move this one at all! It’s as heavy as all ~ as all the sins of the world lumped together! Come on! Help!! I’m getting backed up here!”

“Keep your cool dude! We’re here! Grab that end and Gree and Glu down on those ends, and you, ‘Espa, the end across from Demo. The rest of you, fill in on the sides. Okay, on the count of three… One, two, three, lift!

“You watch your mouth, Vglo! You looking to be a fried crispy, you lazy slob?!”

Vglo vigorously shook his head NO as he slunk off into the shadows.

“Any of you other ones up to telling the boss? Right! Didn’t think so. Back to work and if you know what’s good for you, keep your heads down and your yaps shut!”

Simon returned from his break and silently took his place. There had been talk in the dining room that ‘He’ was soon to arrive and it was to be at a moment swiftly coming. Unaware it had already happened, Simon had hopes that he would be on duty when ‘He’ arrived.

Simon didn’t listen to the chattering over on Demo’s side and only when getting ready for his dinner break, did it occur to Simon that Demo and his crew were whispering instead of their normal clattering converse and they were continually looking over their shoulders before returning to the whispering. A bit odd, thought Simon but then wryly concluded, that whole crew was a bit odd, anyway.

Upon returning from dinner, Simon asked, “Why didn’t you tell me ‘He’ had arrived, Little Timmie?”

“I figured sooner or later all would come to light even if those big mouth workers over there didn’t tell you in the meantime. And don’t call me Little Timmie. Even Paul called me Timothy.”

At least not ‘Little Timmie’ to your face, thought Simon. “I’m sorry, it just slipped out. I was so excited about hearing of ‘His’ arrival. Won’t happen again, Timothy.”

After Timothy had left, Simon started thinking about what this would mean for his job load. Would his ‘packages’ increase or would the load stay the same? Man was a capricious lot.

Didn’t he, himself, know that? Almost ended on the other assembly line himself. Had to have a raucous bird wake him up to that fact. Well, no use wondering and certainly not worrying about the situation.

‘He’ had arrived about four hours ago and if his calculations were correct – all hell would break loose in about sixty-eight hours!