To Malcolm, Gwen completed his world. They had met on an internet dating site five years earlier. Now they were happily married.

Malcolm worked for a major IT consultancy firm where he spent his time solving software programming protocol issues, often working into the night. Like most workaholics his job had consumed his every waking moment. But now that Gwen had entered his life, things had changed.

His beloved Gwen taught English to foreign students from across the world via her internet English language school room by day and took care of Malcolm and their home by night. Most women like Gwen multi-task with ease while Malcolm needed all of his concentration to do one task at a time. They both badly needed a break from their busy working lives. So Malcolm had suggested they have dinner in an expensive restaurant and take in a movie. 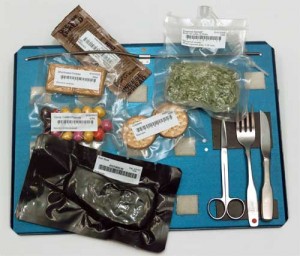 “So what’s it to be tonight darling – Italian, Thai, Indian – Fish and chips and a couple of beers?”

“I don’t mind Malcolm you choose,” Gwen replied absent-mindedly as her mind worked overtime. She had so much to do. Her latest influx of students was taking up all of her time with their endless questions about the baffling complexities of the English language.

“OK darling Thai it is. I’ll call and make a reservation at that new restaurant I told you about. Now what about a movie afterwards – what do you fancy?” Malcolm asked, already knowing what her answer would be.

“Oh Malcolm can we go and see that new 3D nature film “Colours of the Amazon”? You know the one I mean, the one I saw advertised on-line; the one about the beautiful birds of the rainforest. I just love it when they appear to fly right at you – please, pretty please?” Gwen gently pleaded, glad for the chance to be distracted for a moment from her pupils insatiable demands.

Nature movies bored Malcolm rigid. But if it meant that he could sit in the darkness of the movie theatre for a couple of hours with his Gwen resting her head on his shoulder, sharing a bucket of popcorn like two lovesick teenagers, then so be it.

He really didn’t care what they saw so long as they had some quality time together. Plus, in the darkness, he could nod off while the love of his life was totally engrossed in the movie. The pressure of his work left him little time for proper sleep. The latest set of protocols he had been working on meant his working days of late averaged eighteen hours. He welcomed the chance to close his eyes for a moment.

Alpha obeyed the command from central control and rolled on its wheels through the maze of workstations to where unit Four was located sitting head slumped on its chest, eyes dead, unblinking.

Alpha halted beside the malfunctioning unit as its camera focused on Four.

Four’s hands hung at its sides and the sustenance unit plugged into the tube protruding from its stomach was empty. Alpha injected a fresh supply of liquid human nourishment tailored to the unit’s unconscious desires – tonight it was Thai food flavoured, into the sustenance unit. Satisfied that Four was once again feeding; Alpha picked Four’s hands up one at a time with its mechanical claw and carefully replaced the unit’s fingers back on the virtual keyboard, reconnecting Four to the network.

“Sorry Gwen, I must have drifted off for a moment there my darling. Now what were you saying? Oh yeah the nature movie. Sure why not. Now what wine do you fancy with our meal?”

Alpha waited patiently until Four and Sixty Three had decided on their preferred liquid intake before injecting it.