The True Story About My Grandfather: Max Jacob Goldberg – A Tribute to A Wonderful Man

Making a difference in the lives of everyone he encountered is what Max Jacob Goldberg did the moment he arrived in Ellis Island. It is this special difference that makes a person’s life fulfilled and complete. Respect and understanding for people from all walks of life should be a component instilled in everyone. It is this significant character trait that Max Jacob Goldberg instilled in each member of his family.

Throughout his life he was revered by everyone he met, family, business associates, and friends. He taught his five children and grandchildren to find the positive and good in everyone. Heritage and upbringing are two key factors that mold and form what a child becomes as an adult. They determine your values about family, education and what is important in life. My grandfather was the most giving, understanding, trusted and honest businessman in the community. 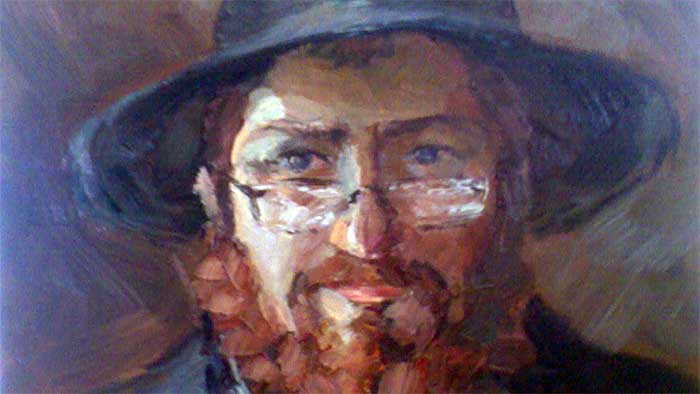 One word defines the character of my grandfather- Humanitarian. His selflessness and courage to better his family and himself are what brought him to America during difficult times. Landing and winding up in Ellis Island was the start of his great adventure. My grandfather could not speak English and when they asked him his name, which was Bocian, he spelled it in Yiddish

and could not spell it using our alphabet. Someone asked if he knew anyone or had a relative in America whose name he could use and he said no.

They changed his name to Goldberg during the interview and instinctively knew that his new name would bring him new challenges and great things. You see Goldberg means: Mountain of Gold. But, not literally. It just referred to the hard work and diligence he put into everything and trying to survive with five children in a new land and new country.

As an orthodox Jewish man he encountered many obstacles. Married to Fanny his wife, and having five children to support and feed was enough of a challenge for him or anyone else. Being a Sabbath observer he would not work on Saturday and could not get an employment in his vocation as a European tailor. With pride and dignity, he did not give in to the pressures of society or wants of others and instead sold apples on a street corner to make ends meet. Eventually, he was able to open his own business. My grandfather was very enterprising from the start.

My grandmother’s name was Fanny who I am named after. She had four sisters who survived the concentration camps in Poland. Two sisters and Fanny’s parents were brought to America from Poland by my grandfather. Katie and Tillie came from Poland and their parents Tzvia Bella and Joseph Mordecai Cohen as well. Fanny spoke five languages and instilled in her children the importance of being educated and going to school. Both Max and Fanny taught their children Irving, Kenneth, Harry, Tova, and Ruth, to always strive for what they wanted and never give up until you succeed.

Always working to succeed on your own with the support and guidance of your family is the only route, he felt to be successful. When Fanny passed away, Max was devastated. He no longer had a mother for his five children. Faced with this serious situation he decided to court and finally married the only grandmother I ever knew, her sister Katie. Katie did not walk into a great situation. She had a difficult time making the transition from aunt to mother. A unique and wise woman, she quickly won the love, trust, and devotion of all five children that she so rightly deserved. Together they brought up the five children with love, understanding guiding them and supporting each one in whatever they chose to do. With a strong and firm manner, my grandfather headed his family and received the respect he deserved from every member.

Throughout his life Max Goldberg looked for ways to channel his energies to help others. Important to him was the fact that he was Jewish. Going to synagogue on a daily basis made him and fulfilled. Becoming active in the Bronx Jewish Center and donating funds to keep the temple prosperous always brought him joy. When my grandmother, Katie died, he moved in with my parents. My sister and I were thrilled to have him there full time. My mom Ruth and my dad Doc adored him and were so glad that he agreed to come and live with us.

He immediately became an important and integral part of the community helping to establish and build a new temple with Rabbi Bulka. Congregation Khal Adath Yeshurun is special to my family and we do everything to support the temple as best we can. The Rabbi and my grandfather became best of friends and the Rabbi enjoyed his many talks with him until he and his wife moved to Israel. Not only did my grandfather donate his time to the temple but any time funds were needed for renovations or anything else he was the first one to make sure things got done. The memorial plagues in his memory are a constant reminder of his everlasting presence.

A child’s most gratifying reward is when a parent or grandparent is proud him/her. Max Jacob Goldberg was a grandfather to nine grandchildren. Each one received time that was special with him to discuss and focus on their special goals, needs, and endeavors. He encouraged all of us to pursue whatever vocation would make our lives fulfilled and most gratifying.

Max Jacob Goldberg touched the lives of many people. Family, friends, relative and anyone that had the honor of knowing him loved him. He was certainly Mr. Goldberg the best European Tailor on Mohegan Avenue in the Bronx. The cleaning store he opened was Arista Cleaners. Arista to him meant the best that someone could attain in school and his store lived up to the name. Goldberg: Mountain of Gold in heart and love for humanity.

I am truly blessed that he was my grandfather and taught me the values that I have today. Helping other people and working to make others succeed brings a smile to my face every time I read and review a book and the author loves what I wrote. He taught me the meaning of giving and my two books on Alzheimer’s and Keeping your Mind and Brain Active were written to raise awareness for a cure for Alzheimer’s and Brain Traumatic Injury with royalties going to two specific organizations.

Max Jacob Goldberg lives on in his family and in my mom, who is the only child still here but who has Alzheimer’s. Thank you, dear Grandfather

, you taught us well and you made each of us strong.