In the high elf city of Leogard, an elven noblewoman longs to leave her gilded cage. A half-breed former pirate wants nothing more than to escape his guilty past. Easier said than done…

Caliphany Aranea, nearly a century old, leads an enviable life as high elf King Leopold’s niece and daughter of Sirius, Leogard’s most famous wizard. She is expected to follow in her father’s footsteps to lead the Mage Academy and to marry a man she doesn’t even like. Yet, she craves a taste of life outside the city walls. 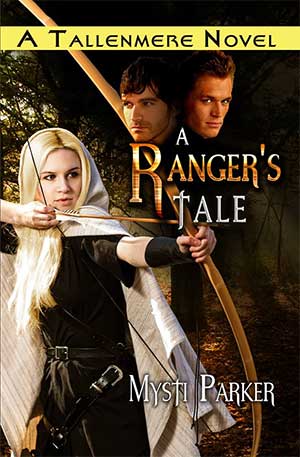 As a young boy, half-elf Galadin Trudeaux witnessed his parents’ death at the hands of pirates. After being raised by those same murderers and forced to do their bidding, he escaped and now lives an honest life as a sea merchant and ranger.

When two brutes at Leogard Harbor attempt to kidnap Caliphany while she dreams of faraway lands, Galadin comes to her rescue. Impressed by his skills, she asks him to train her as a ranger. Though he is hesitant at first to train a woman of her class, Caliphany’s hefty sack of gold finally persuades him. Unfortunately, her father is not amused, and the two must escape before Caliphany faces a forced marriage and Galadin faces a noose.

From that moment on, to the finale, where Caliphany must decide where her heart truly lies, she and Galadin embark on a fateful journey that will change their lives forever. Can they survive the trials and tragedies ahead to find a love that stands the test of time?

Read this exciting first book in the standalone Tallenmere series to find out!

Sooo Good I Did a ‘Squeeze-Chest-Shoulders-Giddy-Claps’! July 29, 2013
“Let me tell you why this romance novel worked for me. It was tender, exquisite, passionate, and down right heartfelt. It had the elements of Disney’s Brave mixed with Pirates of the Caribbean and Robin Hood in family dynamics and adventure. I giggled, I cried, and I cheered. It really was an intoxicatingly fun read.

Thank you Ms. Parker! You are now on my list of favorite authors.”
Jinky is Reading