Tallenmere is a fantasy world that combines Tolkienesque lore with a Mercedes Lackey-style of passion. If you enjoy fantasy mixed with sensual romance, you will enjoy this series!

Readers from every corner of the world fell in love right along with Caliphany and Galadin in A Ranger’s Tale and felt the twang of Jayden Ravenwing’s broken heart. Now, Jayden, the sexy wood-elf secret agent, gets another shot at love. Except his perfect match may be the catalyst for an apocalypse. No one ever said love was easy… 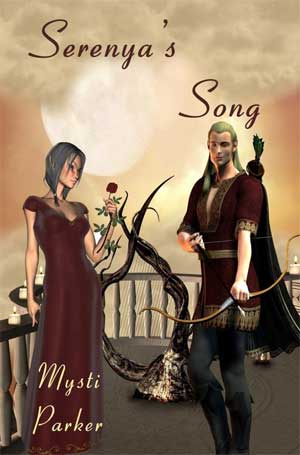 Jayden
Rain pattered sharp notes in the sparse leaves above, falling to flatter beats at it reached the duff below. Wind fluted through the branches, the pitch changing tone as it passed along thick ebony-wood boughs and narrower limbs of maple and oak. Minutes passed, or hours, perhaps a lifetime. Was it gone? Or was it ready to pounce? How would it feel to be torn apart and devoured alive?

The memory of my father’s advice calmed me. If they know you’re afraid, you won’t survive. Show no fear, son. Show no fear.

Breathing silently through my mouth, I scanned the dark surroundings. Rain sheeting along the trees and ground reflected a minuscule amount of moonlight edging its way in from breaks in the clouds.

I strained my eyes and ears for any sign of my hunter. Unbidden memories came as I tried to concentrate on my surroundings. I thought of Caliphany, how innocent we had both been eighty years ago, riding into the forest. Reclining on a blanket, I recited poetry, my head in her lap, while she braided small sections of my hair.

I remembered my father’s face, the disappointment in his eyes when Caliphany’s father dismissed me from his employ because of our relationship. His voice in my head chilled me even deeper than the rain. Your mother and I work tirelessly to give you the best of everything, and this is how you repay us?

And there was Serenya—the night I met her, that haunting voice as she sang, how it had warmed me to the core, filling holes in my heart I never knew were there. What would I do if I was forced to live without her?

I bit down on my tongue to stay alert and to lock the memories away. What was that? A flutter to my right. Circling through the trees. A soft thud of something landing. Deliberate steps squished through the muddy leaves. It was tiptoeing—each wet, noisy step driving my heart into near-frenzy. Only one of them, I was sure. I wondered if the other was hunting Zeph, and which one it could be. What if he had to make the choice I could not? He was one of my best scouts. I had to trust him to handle the situation.

Still in concealment, every muscle in my body tensed. Swiveling my torso in the saddle, I silently readied my bow and an arrow. My senses tuned outward, gauging the distance. I imagined the creature closing in, drool stringing down its jaw from the scent of elf and horse flesh.

It smells me—of course it does. Come on, just a little farther.

I drew back the string. My fingers buzzed, wanting to fire, but I willed them to remain steady.

The creature inched forward. It knew exactly where I was, so there was no use hiding anymore. I couldn’t tell whether it was Serenya or not, but I dropped concealment and decided to try reason first.

Still holding my bow as steadily as possible, I spoke in a low, soothing voice. “Serenya, if that is you, listen to me. I know you don’t want to hurt me. If you’ll just come with me now, I’ll do all I can to help you. It doesn’t have to be this way.”

A raspy chuckle was the only reply. Hollow breaths met my ears between beats of raindrops on my hood. My eyes strained to see something, anything, until finally, a dark outline appeared against the shine of the rain-soaked ground. A whiff of sulfur burned my nostrils, triggering me to release the bowstring. But the creature flew upward and out of sight at the last second. The arrow missed its mark.

“Once again Mysti Parker proves that she is the queen in the Romantic Fantasy genre. My only problem is that now I have to wait for the next book!” Dan Wright, author of Trapped on Draconica

“Here are three reasons why you should read Serenya’s Song:
-crisp writing that sucks you in with its clarity.
-three- dimensional, living, breathing characters.
-action, adventure, mystery, and a smokin’ hot love story” ~Lindsey R. Loucks, author of The Grave Winner

“Ms. Parker gives us a world filled with special plants, animals, humans and half-humans. I loved her first book A Ranger’s Tale, but Serenya’s Song brings more depth to the world of Tallenmere, the characters have evolved and are more rounded and fleshed out making them seem more real.” ~Robin @ Romancing the Book

“A powerful story, “Serenya’s Song,” is a joy to read and will linger in your thoughts because it shows how determination and courage, mixed with the support of others, can make dreams come true.” ~Nora Weston, author of The Twelfth Paladin 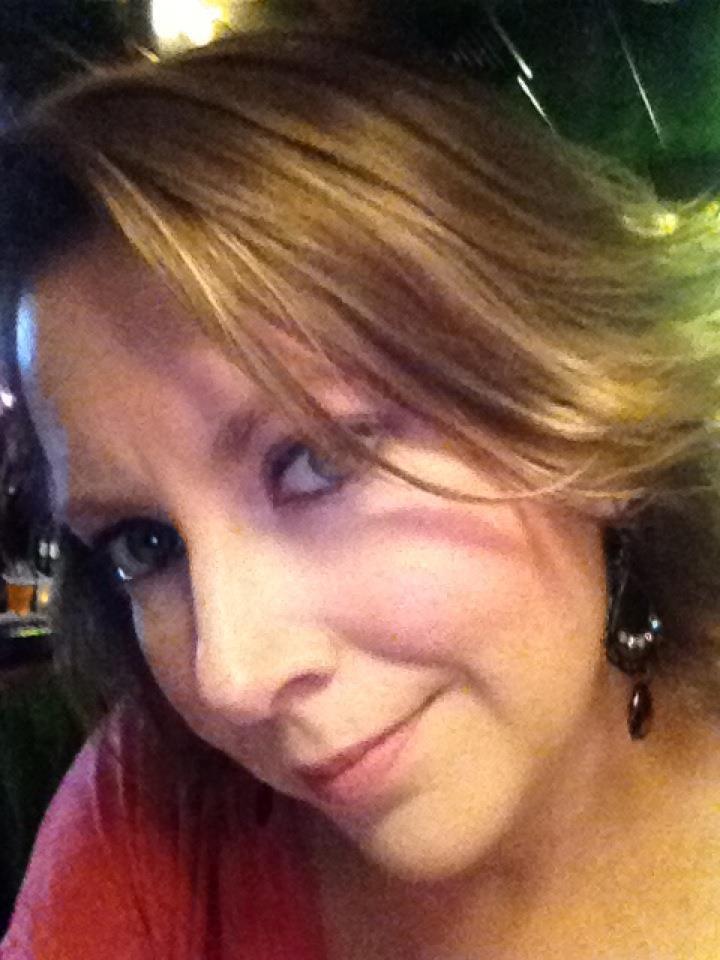 Mysti Parker is a full time wife, mother of three, and a writer. Her first novel, A Ranger’s Tale was published in January, 2011 by Melange Books, and is the first in a fantasy romance series. Mysti reviews speculative fiction for SQ Magazine and is the proud writer of Unwritten, a blog voted #3 for eCollegeFinder’s Top Writing Blogs award. She resides in Buckner, KY with her husband and three children.