“Every life form on this Hell Planet … can be (technologically) controlled,” was the message I got. Rammed right into the centre of my skull. New word, for me, MENTICIDE: the death of one’s thoughts.
Field Notes Of Lieutenant Colonel Lionel G Fischer

“I’m not sure which details to describe yet…” I began hesitantly. It seemed like I’d made a wild grab for Actor Arrenay’s pudgy hand a million years ago. Everything was so strange, suddenly. Out of place: displaced, distorted, dislodged. Maybe I can’t even describe it. Would words be enough? I mean, I could say something trite like, “It was the most spectacular thing I’d ever seen,” but it wasn’t. That’s the beauty of this place, it wasn’t spectacular. It just was. Imagine looking at an ice-cream. Without the cold and the cream and the flavour, would it convey ice cream to you? Let’s say, if you were looking at a black and white photo of it. Well, that’s what life is like when you’re not in The Market. 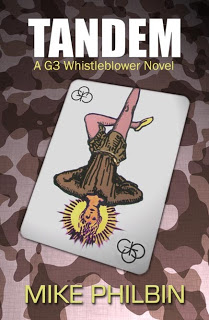 There’s just a massive Level Up of your experience, like you wouldn’t believe. The molasses-like mixture swirled about me with all the flavours of the chocolate box, all the rainbow of a spring sky, all the perfume of mid-summer. But so much more. I … how does one describe Paradise?
There really was no other word for it, Paradise.
“I’m looking out to sea,” the words come, slowly, with great physical discomfort like pulling on a horse-hair body suit.
“It’s dark. Gloomy. Maybe a … storm is brewing. The scene is petulant. Sombre. Far far away in the distance. A tiny sound. A single note of … truculence(?) hangs the air. Then melts … like a caramel wafer over an alcohol flame. A trickle of children’s laughter … divides from the shimmering morass and the crescendo sun spears the fog … a cattle prod searing away the greyness, boiling it off, as it rises triumphantly into the the sky like a molten lance. Crackling my naked flesh. Up, up into the clearing azure.” can this be really how The Market looks, or feels?
“You’re not entirely wrong,” was his undersea reply.

You see, it wasn’t a voice that came back, it was an oceanic embedding, a vast overlay, a coral cleft right through the centre of my being, sharp and raw. Him and I. We were this shared entity, even if it was just for a while. We were bonded to each other’s fate. If you can imagine a car with two steering wheels. And the car’s going in the same direction, it’s stopping at lights, it’s accelerating away when Green is Go.

“Isn’t she lovely?” he sang from within the trembling miasma.
“Isn’t she wonderful.” I didn’t mind playing his lyric game. I was happy. But this was a very bad thing. I had gone and done the one thing in life I’d sworn never to do. Let me tell you what it’s like to live a life like mine where every waking moment is suffocated by an all-consuming anger and disorientation and disquiet about the ways of the modern world; the endless, mindless, tallyings of RISK and POWER. Mostly, if not exclusively, anger at the whole set up. I’ve been an angry daughter, an angry student, an angry employee and soon to be Partner, big P, of a growing legal practise. Anger has been the only thing to keep my monsters at bay.

Even the lighting on Willow Walk, there was talk for some years about lighting the path so that the many commuters (like myself) who use it summer or winter would be able to see where they’re going and be less susceptible to attack from the trees which line the walk. Even that got me angry. I even thought about attending public meetings about the issue. But then, do you see me at a public meeting? A person like me? As inflamed as I am? As volatile?

“The highest resolution screens available today,” he was orating, “from Japan, are four times HD resolution, they’ll not receive broadcast imagery for years, and even those hi-tech screen are just made of disconnected cells of light emission. Even the most advanced laser viewing systems utilising holographic depth trickery are generated by non-connected luminary interface patterns.

He opened his arms and the Market swarmed around him, sparkling at his touch and flickering with startled flight when spooked by too brisk a movement, it made me think of solar flares where strands of the sun’s surface peel off. I saw such ‘threading’ as a potential solution.

“Each of these ‘pixels’… each of these ‘islands in paradise’ is a living, breathing interface between two trans-dimensional entities. One of them just happens to be asleep, in their beds. The other, now there’s the mystery. Each pixel, mind; it’s like a line between the two, connecting the pair. You see how the connections intermingle, swarm, emulsify? Each connection forms a single entry point into my Market, my empire. Together, they form a conscious swarming, mating, migrating unity covering light years of relative space.

“Sell the dream, and they will flock to it, that’s the Marketing Mantra. It’s the ‘ice cream to Eskimos’ pitch, and it’s worked thus far: worked ever so well for Yours Truly.”