Eve’s Manor: A witch chess-moves through time and space to stop her son Alonzo; the only male killer-witch of the family.

His objective was to find the creator of the Clairvoyant Telepathic Speech-Responsive Program – Codename Guardian – and update its original program and fix the glitches so he could continue his destiny of crime-fighter discreetly as a Scanner Witch. 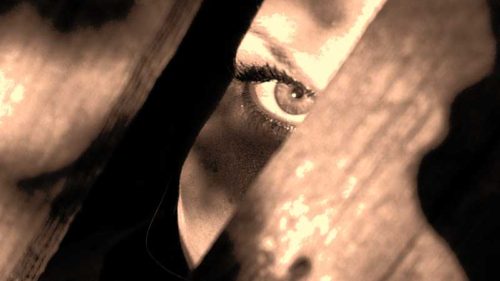 “How do I save him, while he can keep his abilities hidden and save what was meant to be saved.”  His mother thought while lying dying on her deathbed after hanging up for the last time with him saying goodbye.

She did everything with a sense of humour to him.  She loved their mother’s son, and their friendship became stronger as they grew older. They learned how to kill telepathically, by following the letter of the law without breaking it. The way she taught her children.

As I am a religious woman she felt, she knew she raised him right, and his soul is safe with the Lord. Now that he finally found his real career and his sanity is safe with the help we already got him when he was younger and through life dealing with the sadistic actions of some very cruel methods of some old school taught ways to some people with new rules.

Finally getting him out of and away from a bad crowd of people while growing up then, when he finally did, with my help, and his requesting of some friends and acquaintances with their discretion got the proof that the treatment he previously had in life was the treatment he needed. To adjust and accept and move from the troubled childhood him and his siblings were exposed too.

Then he just needed to boost himself to get past the hard time of a divorce and changes in what is known as empty nest syndrome and two people drifting apart for personal reasons when their only surviving pregnancy grows up and goes to college. He did this with his support system.  How? And why now? A situation that is happening now from a premonition of his is what enabled that. A car accident. It caused a sequence of events, artwork, stories and improving at his job and life.

This acceptance to keep peace in his life is starting to dissipate bad things to sink into the ground into something from negative to a positive that has happened and rebuilt the bridges of friendship and acquaintanceship with his work family after a very long marriage and divorce ended bitterly and is starting to heal finally. Per his counselor’s advice remove yourself from all the negative influences in your life while using your abilities without breaking the law.

With bonds of trust now mended and stronger now put back in place, that child of his, which some would say abandoned him or others would say he abandoned her grows and goes on to college with the spiritual connection still with him. They both know nobody abandoned anyone.

For both of their breathing room’s sake from the chaos of the cycle that had to be broken, as they mutually initiated the healing of the separation to hopefully make amends when she can see things from experience and education under her belt when she is out of college.

Mayevelyn said ”I had to explain to him, interdimensional jumping to save your child and the birth mother during childbirth was going to bite him in the butt one day,” His mother told his sisters. “It was going to hit him hard in as many years that they were together to hide it from being known what he knows what to achieve and what he will be allowed.

Deaths he saw ahead of time,  going to and did occur all at once in our extended family. To others may seem strange. Now based on that information and refreshed him with new counseling that he was not a danger to society in any way and started a structured life he needed and maintained the people he chose to associate with were his community leaders, his business associates, and the local and federal authorities. Them letting him get to know them even as a by regular walking by to make sure how he wanted to be happy, and it was and still is awe-striking to him. Now he does as second nature jumping through the cloud saving people like them from destructing that are going to be statistically in danger when he sees what’s going to happen through the clues of their actions before they do.

It fulfills his need to know the good guys will always still win in his stories when he sees them in the news.

What he got, was on his own.  The only thing I needed to make sure of is, he has to keep being himself for everyone to know and love him. Just Virginia has to be patient with him; he never breaks even the smallest of infractions, it’s just the interpretation of an onlooker with the wrong angle and half-heard conversations. So I showed him how he would abide by whatever rules man’s law requires, stay close to the law they will not steer you wrong. “ The law ?” Mayevelyn Iris ’s daughters asked. “Yes,”  she responded.

“You know how much he loves staying off the law’s shit list. Most of them hate his type at first  because they think he is just nosy until they get to know his old pattern, then he personally or least speaks to him in person”, “Then they realize he is a harmless and will try and stereotype him as something is not.” “One security guard told him once when he applied for a job a couple of years ago it’s nice to have a good one of you around for a change.”