Two
Heavy rain hammered the cement with a dull, relentless assault on the senses. Sheets of rain waved and oscillated back and forth on the street in front of him like a dancer macabre waiting for its ghostly partner to arrive.

Occasionally brilliant lighting would flash ripping the night away with the strobe effect of blinding white light—soon followed by the thundering, bone jarring concussion seconds later.

But in the darkness of the cab he remained dry.  Safe.  In the deep shadows of the condemned he moved not a muscle.  Like carved stone.  Watching and waiting. Waiting like some primeval saber toothed anticipating the arrival of its prey. Waiting with Lucifer’s patience for sinners to congregate. Waiting like the hand of destiny invisibly hovering over the unsuspecting. Ready to pluck the hapless soul from this miserable plane of existence with the snap of a wrist. One by one they came.  By ones and by twos the dark specters appeared from out of the night.  Running madly through the rain in some desperate attempt to get into the warmth and safety of the brightly lit neighborhood drug store.  One . . . and then two  . . . three.  Four.  And finally . . . the sixth. 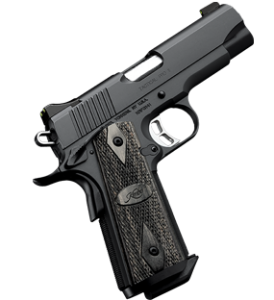 All six at last together again in the small drugstore with its bright lights glaring out through the giant plate glass window like some unblinking monolithic eye. But it wasn’t a drugstore.  Not just a drugstore.  More, far more, was it to him.  The front part of the building was indeed a drugstore which catered to the needs of the residents which surrounded it in the middle of this blue color neighborhood.  The back of the store was the central distribution center for a mob owned drug ring run by the six youths who had gathered together on this lifeless, listless, luckless night.  Tonight was Sunday.  Tonight was when all the street dealers brought in their profits.  Tonight the money would be counted and then transported by van to a safer place.  Tonight a quarter of a million dollars sat in the back of the drugstore waiting to be taken. Taken . . . by him. The door to the cab opened and he slid out with the smooth feline grace of a powerful hunting cat.  Moving to the rear door of the cab he opened the door and pulled out two heavy looking sports bags and laid them on top the trunk of the car.  The rain, falling perhaps even heavier, cold and hard, bounced off him with a rude disinterested shrug.  Dressed in a heavy cotton hoody, blue jeans and sneakers, he gripped the bags firmly in his hands and started walking toward the drugstore. In the warmth and light of the drugstore Bobbie Martin stood in front of the main counter of the store with a cigarette in his hand.  Frowning, he gazed at the five men—the main members of the gang—and wondered who the hell called for this meeting.  This was stupid.  Putting the top five leaders of the gang in the same room was an open invitation for the cops to raid the place.  Ever since joining up with the mob, and the expansion of their drug trafficking transactions, the cops were becoming more than just casually interested.  Bribes could go only so far.  Pay offs could only take care of a few well placed officials.  Killing that cop two years ago had added more heat.

Who the hell called for this?” he growled, glaring at his comrades. “I thought you did,” a big black kid with bulging eyes and a massive forehead answered, turning with a surprised look on his face.  “I got the message on my phone about an hour ago.  It was your voice.” “Yeah, me too,” the others agreed, nodding as they turned and faced their leader. The small bell above the entrance door rattled with a startling clarity.  Everyone turned to stare at the person entering.  A short kid wearing a dark hoody and carrying two sport bags in his hands.  Dripping wet with long, stringy black hair pouring water on the linoleum floor. “Beat it, kid.  The store’s closed,” Bobbie growled loudly, gesturing with his head to leave and to leave immediately. The kid—face unseen—closed the door behind him and walked straight toward Martin oblivious to the sudden tension and hostility which filled the store. “Didn’t you hear me, kid?  Are you deaf?  Beat it!  The store is closed!”

The small creature with the startling white hands gripping the bags kept walking toward Martin.  Surprised—angered—and growing concerned, Martin turned and faced this odd creature full on, tossing the cigarette in his hand onto the floor and squashing it with a shoe.  Behind him he felt his comrades coalesce and gather in closer to back him up.  There was something odd about this kid.  Something in the way he moved—something in the paleness of his skin, like that of a corpse, which bothered him. “You want me to rip your head off and give it back to you, punk?  Get the hell outta here or I’ll cut your pecker off!”

The kid stopped just in front of Martin and sat the sports bags down on the floor just in front of the gang leader.  Standing up, the kid’s eyes came up and looked directly into Martin’s.  Unblinking eyes.  Dark eyes like the unblinking stare of a pit viper about to strike.
“I want it all.  Fill the bags up with money.”
The voice was a harsh, rough whisper—a voice much too powerful even in whispering mode for a kid this size to have.  Startled, Martin half turned to glance at his men and then turned his attention back to the kid.
“That just cost you your life, buddy.  Nobody comes in here and shakes us down.  Nobody.”

With a snap of his fingers all six leapt at the kid at once.  All six landed and attempted to reach the kid at the same time.  But it was a useless gesture.  That night chaos reigned.  The kid—hardly half the size of Martin—somehow transfigured himself into a killing machine.  Those horribly white hands came up with a sudden flash of speed, catching someone by the arm and giving it a violent twist.  Bones snapped.  Someone screamed.  And then the carnage began. In the thousands of years man has fought hand to hand combat many different fighting forms have come and gone.  This night, in this store, the kid became a fighting machine using two brutal forms blended effortlessly together.  Krav Maga and Muay Thai.  Not the Krav Maga of polite society.  Not the Muay Thai of sporting fame.  No.  Each was the darker, meaner kind—the forbidden, outlawed form designed to kill and maim.  This was a fighting not for sport but for survival.  This was savagery designed to take down an enemy with the fewest possible moves and never to let them get up again.  Every part of the kid’s arms, hands, elbows, knees and feet became a weapon.  Blows to the throat, to the groin; knees broken in half with a kick, ribs crushed with a hammering blow—all done in seconds in the midst of a group of street thugs who had no idea . . . no chance . . . of surviving. In seconds the fight was over.  Silence filled the brightly lit drug store.  Bodies littered the floor and counter top.  Only the small framed kid with the long stringy black hair remained standing.  Neither looking right nor left the kid bent down and retrieved the two bags sitting unmolested on the floor.  Standing up he stepped over bodies and began walking toward the back of the store.  Back toward the money.   “Jesus. Would you look at this,” Detective Noel Sergeant whistled, bending forward in the chair he had pulled up in front of the TV monitor. Joseph Abrams looked up from the coffee pot and toward the group of detectives huddled around the TV monitor.  The squad room was filled with detectives.  Those whose shifts were just about completed.  And those who were about to come on duty.  Abrams was one about to come on duty.  A strong cup of brew was what he needed.  He hadn’t slept last night.  His mind kept going over and over the series of incidents which brought him to the library the day before.  Every time he closed his eyes he heard that odd, deep whisper for a voice coming out of the tape recorder.  The voice alone, enough to give him nightmares.

“What’s that,” he asked, as he moved across the squad room, coffee in hand, and came to a halt behind his current partner, Noel Sergeant. “Got a call about 0400 hrs.  Anonymous.  Said there was a disturbance over on Granger and Reed in a drugstore,” Vic Edwards, third watch detective grunted, his eyes glued to the screen in front of him.  “You know the place, Joe.  It’s the hang out for the Reed Hellions.”
Joe gagged and hot coffee splashed onto his freshly pressed white shirt.  The Reed Hellions.  The gang rumored to have gunned down his old partner.  Lowering his cup, hands shaking slightly, he bent forward and gazed at the monitor.
“Got over there about 0415 and found this, buddy.  Found bodies.  Lots of bodies.  And drugs.  And this tape.  Here, let me rewind this so Joe can see it all.” Oh Jesus, Joe kept muttering to himself silently. Oh Jesus. Oh Jesus. Oh Jesus.

From the first of two Smitty novella collection coming out soon entitled, Smitty: Two For The Road.