“Is the Einstein Rosen Bridge prepared?” Commander Dalton asked as he perused the myriad of dials and computer screens within the control room aboard the orbiting International Space Station high above the Earth.

The tiny ship was dwarfed by the sheer size of the massively large wormhole entrance it floated in front of in preparation for the very first jump through time and space by representatives of humanity.

If the whole magnificent structure could have been physically weighed, it would in effect be the equivalent of 100 million solar masses.

“Casimir energy levels appear nominal Jake, er sorry, I mean captain. The wormhole is about as stable as its ever going to be.” 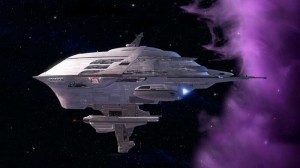 Lieutenant Becky Rawlins, the tiny ship’s other crewmember and the ISS’s chief scientific technician, briefly forgot the proper command protocol before reporting in her familiar almost cold, matter of fact, automaton like voice from where she sat behind Jake’s piloting position.

The sound of Dalton’s voice echoed within the cramped confines of the tiny ship’s cabin courtesy of the loudspeaker above their heads in a metallic tone.

The theoretical scientists back at JPL had calculated or rather surmised that the wormhole itself would take care of the rest of their trip within its relatively unstable interior as it propelled them along its entire length like an animal ridding its intestines of a troublesome blockage.

As he attempted to keep the ship in the centre of the hole, buffeted by unseen forces, Jake’s eyes took in strange images reflected back to him by the wormhole’s inner surfaces, none of which he recognised. It was as if he was being given a glimpse of another world, either lost in time or light years away from the familiarity of the orbiting ISS and Earth.

What no one within the Earth’s scientific community knew was exactly where the other end of the wormhole was likely situated, or indeed how far away.

Maybe it would bring them back to the Earth in a former time, or would it be Earth in our future? Maybe it would spit them out somewhere far across the galaxy. No one really knew for sure. Come to that no one knew why it had suddenly appeared six months ago either.

The only thing that anyone was certain of was that it had appeared either by accident or design. The wormhole offered theoretical physicists a golden opportunity to put their ideas about the, until now, highly controversial theoretical Einstein Rosen Bridge debate into practice.

The whole hazardous exercise was seen as a heaven sent opportunity given the stalled talks over the current problem of deep space propulsion. Senior members of the space programme saw it as a calculated leap of faith into the unknown, fuelled by mankind’s inability to produce some form of practical and sustainable deep space mode of transport.

In terms of propulsion up until the wormhole had appeared a few months ago, the best that leading scientists across the planet could come up with was either the continued use of rocket propulsion or some form of nuclear or solar wind power.

Jake’s mind wandered dreamlike in spellbound wonder as the ship continued on its journey into the unknown.

All normally accepted concepts of time and movement seem to disappear here inside the wormhole. It was almost as if they were not moving at all. There were none of the usual indicators with which to judge your motion and speed except for the constant supply of new almost kaleidoscopic views of other worlds appearing on the inner walls of the wormhole from wherever their ultimate destination may be.

Both Jake and Becky had volunteered for this extremely hazardous and yet exciting exploration into the vast unknown realms of space and time, realising that they may in all likelihood never survive, or be able to return. For the meantime at least they were able to still communicate despite the perculiar properties of the wormhole’s construction. But how long that would last no one knew.

Becky continually fired neutrino transmissions of data back the way they came; hoping upon hope that commander Dalton and the rest of their colleagues back aboard the ISS received them.

With the recent discovery of neutrino burst technology, hailed as the communication system of the future, the old two way voice system with its inherent time delay was deemed unusable considering the dampening properties of a wormhole. Utilizing the new technology was at best a calculated gamble. After all, no human had ever entered a wormhole until now. Everything they did and experienced from now on was a first for all mankind.

After what seemed like barely a few minutes, the ship reappeared somewhere in space once again.

In these specific circumstances reliance on any kind of manmade timepiece was useless given the additional problem of the time altering properties of the wormhole.

Both Jake and Becky watched the rear monitor as the ship drifted slowly away from where they had just exited the other end of the wormhole.

Becky suddenly gripped Jake’s head in her hands, jerking his gaze away from the rearward view and back to the screen showing the ship’s forward camera view.

Ahead of the tiny ship with its crew of two lay a wall of wormholes stretching away in all directions as far as the eye could see.

“Christ Becky, take a look behind us!” Jake shouted, almost deafening her, forgetting for the moment the close physical distance between them.

Becky returned her attention to the rearward facing camera just in time to see the wormhole behind them evaporate into nothingness.

“Well there’s no way back for the moment, so which one of the wormhole bank around us do we choose?” Jake said quietly as he tried his darndest to sound in control despite the gut wrenching fear knotting in his stomach.

A tear slid slowly down Becky’s cheek which she quickly wiped away before making a comment.

“Hmm that one there maybe… Hell Jake how do I know!” she screamed, sobbing uncontrollably.

“Try sending another burst communication back to the ISS Becks,” Jake suggested placing what he hoped was a reassuring arm around her.

“How for Christ sake, the wormhole has vanished, remember genius–duh!  And will you quit calling me Becks!” she yelled in frustrated anger.

Jake was on the point of steering the tiny craft towards the nearest wormhole entrance when Becky screamed again, this time with a mixture of relief and sheer delight.

“Jake the wormhole has reopened. Let’s head back before it closes again.”

After once again reappearing opposite the ISS, Jake eased their way towards the docking bay utilizing the small ship’s attitude boosters.

Almost as soon as they had returned the wormhole closed and disappeared forever, never to be seen again in our lifetime.

“Come on my dear; put your cosmos experiment on standby now it’s time for bed.”

“Oh but mother I was just about to get some new friends to play with.”

The whole wormhole system and its pictures was nothing more than the cosmological equivalent of an underground railway system created by a childlike entity in another reality which had somehow found its way into ours.

Little did he realise that his ideas and experiments would continue to influence the way we evolve in our own reality as they had up until now. Maybe at sometime in the future his experiment would break through again, maybe…